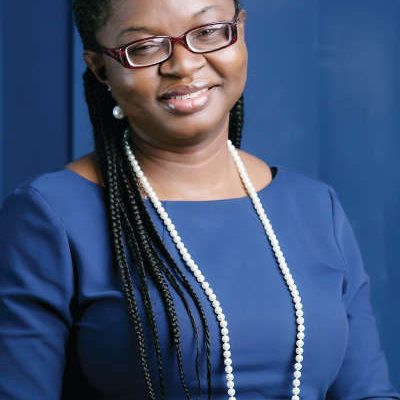 You have got to enjoy Nigerian weddings, if you like plenty drama, that is. There are usually surplus of that, often, from both sides of the couple.

We’ve heard stories of how such wedding-day dramas would eventually haunt the couple as long as the marriage would last.

Of course, hassle-spiced weddings are not exclusive to the Nigerian crowd. Look at the recently celebrated royal wedding and all the attendant fuss. The drama from the bride’s side of the family became so much that the bride, Meghan Markle, in apparent exasperation, decided to give herself away during the ceremony.

There could also have been a good dose of drama from the groom’s side, but you know the British royal; mum is always the word until the centre can no longer hold.

It is usually so painful when after couples have had to live down the needless drama and ruckus that come with their weddings, the marriages themselves prove less worthy than the paper hosting the certificates.

It gets much worse. Many of our marriages now end in one tragedy or another. It’s either the husband so violently abuses the wife that the only way she leaves is in a body bag or the wife pounces on her husband while he’s asleep and slaughters him.

In cases where the marriage does not end in physical fatality, the toxicity therein ensures that nothing truly noble survives.

The home becomes a certified battleground where spiritual, emotional and verbal warfare thrive unchecked and every other variable – including the children, if any– become mere collateral.

So many us go into marriages without even the tiniest grain of sincerity on their menu and then lament when peace and harmony seem to be on permanent leave in such unions. We marry for every reason under the sun except the right ones.

And now, we have the church intervening with ‘genital tests’ and all sorts and people are screaming their heads off in impotent revolt on social media.

If we truly understood what marriage means, why would a man hide under the guise of celibacy to deceive a woman, and why would a woman with questionable reproductive status not simply say so?

But no, marriage is the trophy and it doesn’t matter if you had to break the legs of every other player in the field to score that lone goal to secure it.

Then when after winning the cup we find ourselves unable to truly enjoy the spoils at the other side of the field, the lifelong ordeal begins and sometimes ends in gory pictures painted above.

Marriage for marriage’s sake…the scourge of modern humanity that has insisted on pursuing debilitating progress.

How many of us have asked ourselves why we got married/want to get married?

Or is marriage for me?

Why exactly do we get married?

Is it so that you have sex without having to worry about the supervisory angels camped on your shoulders like the famous Somalia-Dutch activist and politician, Ayaan Hirsi Ali, had to as recounted by her in her autobiography, ‘The Infidel, My Life?’

So, tell me why again do you want to get married? There has to be a reason beyond enjoying uncensored intimate pleasures.

Having children is yet another reason people get married and many of us, especially in this part of the world, do want children. But as the years race by accompanied by all sorts of scientific and medical interventions, we have all seen how one’s ability to have children no longer depends on one’s marital status.

Now, all a fertile and willing woman has to do is walk into a fertility clinic while ovulating, get hooked on the stirrups and after an hour or less later, she is out, possibly pregnant with even triplets.

For the man, the abundance of eager baby mamas littering the reproductive landscape has reduced fatherhood to a merely transactional affair in most cases.

Yes, I remember there is this very important issue of economic empowerment and security; another expedient reason for people to get married. Usually, this line would come from the women’s playbook.  What then happens when women can truly take care of their own bills, without relying on a man, as we have increasingly seen many of them do now?

What reasons then do you still have for wanting to get married?

Wait, you don’t have to give a response immediately. See it as a take home assignment and reflect deeply over it in the days and weeks ahead.

However, before you nudge the next person in your space towards the marriage institution, either subtly in codes or a public calling out during a meeting in the village square; or it could even be you yourself that is nudging yourself in that direction, kindly ensure that you have completed this assignment.

Perhaps, then, we can have more marriages even if that would mean more drama-filled weddings.