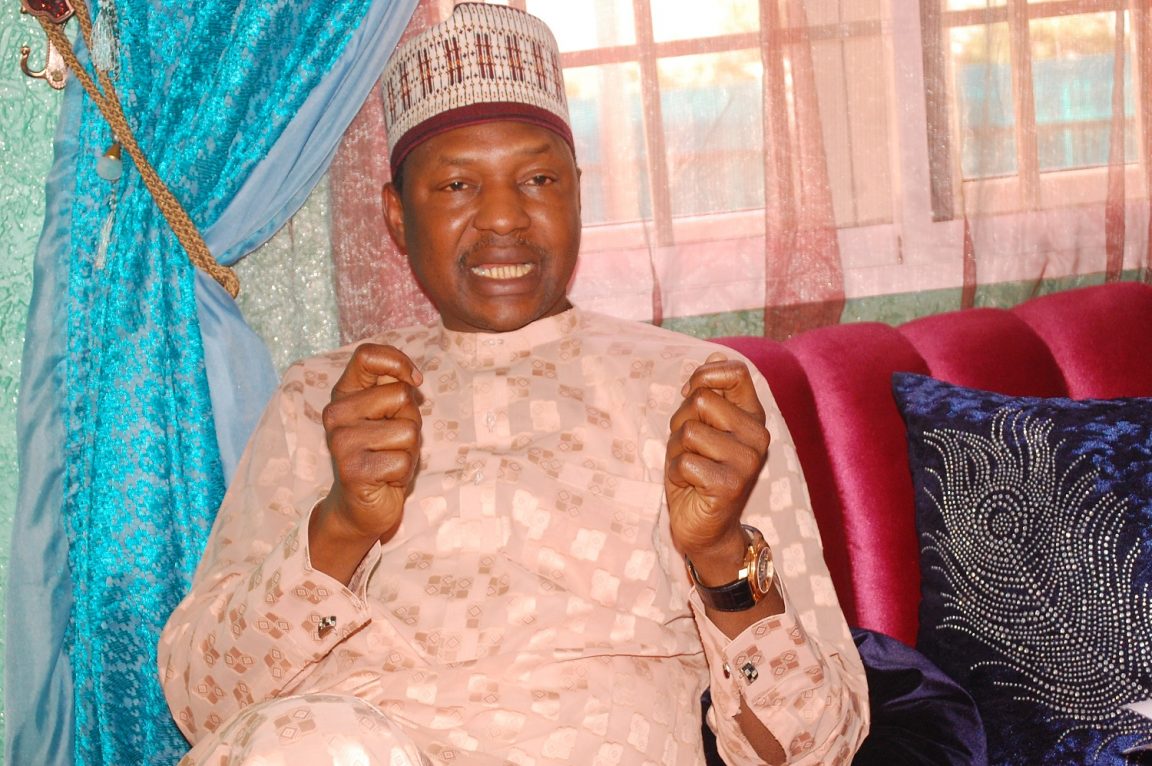 If you have kept abreast of all the intrigues and controversies in Buhari’s government since inception, you would, just like us at The Interview, be interested in Malam Abubakar Malami, the Attorney-General of the Federation and Minister of Justice. His name keeps coming up again and again.

From the midnight raid on judges’ homes and anxiety about inter-agency rivalries to fugitive Abdulrasheed Maina’s return and subsequent reinstatement, Malami’s role keeps popping up.

Or so it appears.

But who had truly heard his own version of the tales amid the deafening noise usually generated thereafter?

Surprisingly getting hold of him wasn’t hard as the customary back and forth with his official handlers went on for only just a bit.

Obviously, this minister isn’t your typical Nigerian politician, adept at playing hide-and-seek. He came across as a down-to-earth public officer with nothing to hide.

So, it was with quite an expectation that we arrived at his Gwarinpa, Abuja home on a Friday morning.

If the minister and AGF had been an enigma, the man himself was a surprise, a pleasant one.

It only took few moments after we were ushered into his sitting for him to emerge, unaccompanied and casually like a man coming to meet his regular buddies.

Shortly after, he led us into a smaller living, just The Interview team and him, with no aide hovering around.

While on our part we didn’t let him off so easily as the questions (64 in all) came down like torrents, the minister didn’t disappoint too.   During the 98 minutes the encounter lasted, he, like an experienced sportsman, received the punches even as he tried to block as many of the near fatal ones as he could.

His response revealed a dominant theme: he is a man who remains convinced that he had always acted only in the interest of Nigeria and Nigerians, irrespective of how his actions or lack of them have been interpreted.

For instance, the issue of the former pension czar, Abdulrasheed Maina and his recent scandalous reinstatement into the Nigerian civil service, Malami insists that whatever role he played, was done solely in public interest.

He doesn’t regret meeting with Maina in the United Arab Emirates whenever the latter reached out to him during an official trip with President Buhari.

“If a hundred Mainas that believe they have information to offer as far as the protection of national interest is concerned, I will meet them and I will do so again.”

This national interest, he avows, also informs his and the Nigerian government’s stance on some court rulings especially regarding the embattled former national security adviser, Dasuki Sambo and also the shite sect leader, Ibrahim El-Zakzaky and his wife.

We also couldn’t resist dwelling on the obvious inter-agency rivalry between the EFCC and the DSS, especially in the light of the latest public debacle that saw the SSS prevent the EFCC from arresting its former DG, which left everyone wondering where the attorney-general of the federation was.

But he seems to agree with the EFCC acting chairman on the recent Appeal Court ruling that the EFCC cannot prosecute judges unless they are indicted by the NJC and until they are removed from office.

When we asked him if he would support the Ibrahim Magu led EFCC in appealing the ruling he said, “I will support an appeal against the background that is constitutional. It is a matter of right and then we need to test decisions as to the last bus stop.”

The Kebbi-born minister also debunked the rumours going on that he has his ministerial eyes keenly set on the government seat of his state.