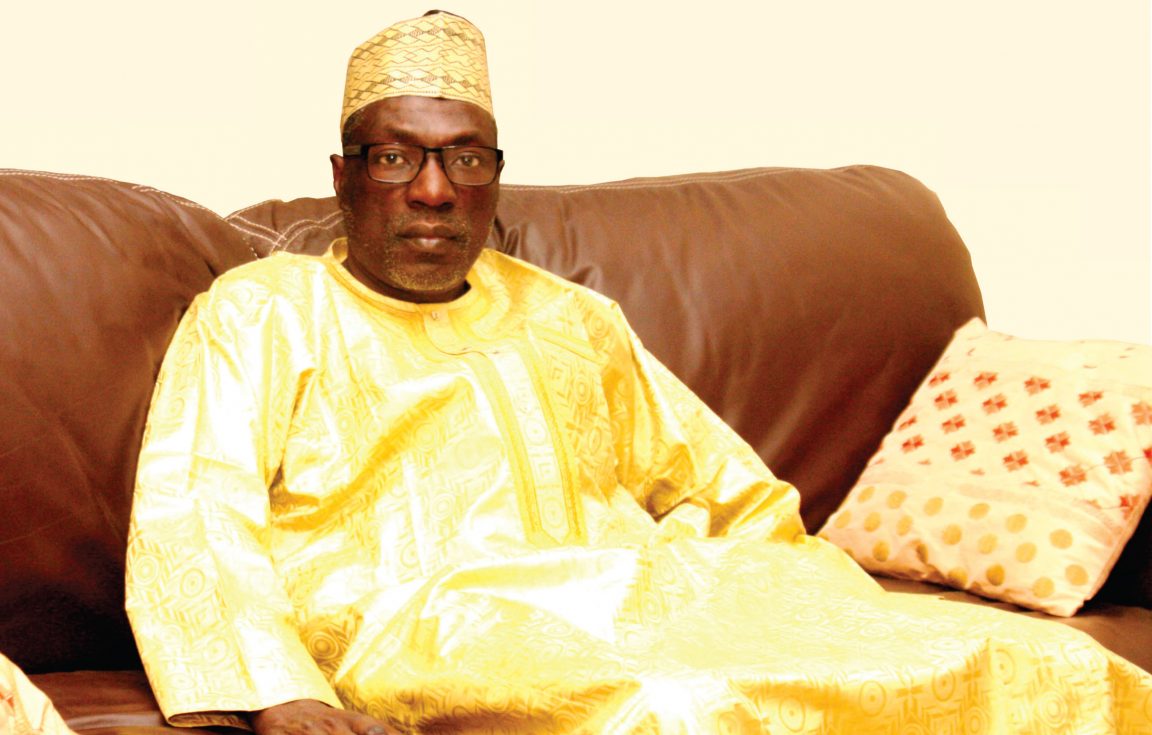 How does a warrior recharge in-between battles?  Perhaps, by recounting the winning strategies and contemplating his next killer moves?

We reckoned so, too.

And so we thought there was no better time than now to have a chat with the chairman, National Caretaker Committee of the Peoples Democratic Party, Alhaji Ahmed Makarfi.

With the foremost opposition party’s convention just days away and the epic political battle with Ali Modu Sheriff  that only ended after a Supreme Court pronouncement just weeks ago, this general was ready to download and so were we eager to receive.

Getting him to agree to the interview wasn’t as difficult as it had been in the past with a number of politicians. A call to a close associate was almost all it took and this Kaduna ‘general’ was willing to open the doors of his Maitama home to The Interview team.

It was a typical Abuja Tuesday morning, with the sun blazing at 9am, when the team was ushered into his sitting room where he joined us few minutes later.

His unlined face as he shook hands with all didn’t betray his struggles, yet his slightly drooped shoulders spoke clearly of a man tempered by wisdom harvested from one the fiercest and bitterest political battles in our nation’s history.

The questions as well as the questioners were unrelenting but his graciousness carried the day at the end of it all, even as he delivered his own uppercut responses in more than one instance.

The encounter was all about politics, politics and even more politics.

Starting from the just concluded Anambra governorship election where his party came a distant third, Makarfi rather declared that there was no surprise in the outcome, revealing a robust understanding of the peculiarities and intrigues of the state’s politics.

Such knowledge isn’t also unexpected. You couldn’t have had a front row seat in the theatre of Nigeria’s politics since the return of democracy in 1999 without being able to able to uncover bodies, no matter how far from the base they are buried.

That also explains why his faction successfully defeated Sheriff’s in a battle he confessed would have buried the PDP for good if the final judgement had gone the other way.

Makarfi said the battle wasn’t about Modu Sheriff but those he described as his financial and political backers and people pulling the strings.

Makarfi said, ‘There are people in the APC government who are backing Sheriff. I wouldn’t go that far to say that APC federal government, as a policy, you understand, because he has his problem with a few top people in the APC. But there are also influential and over-ambitious warlords, political lords, or whatever, within APC who thought that they could use him to not only kill the PDP but to also pave the way for their even taking over APC themselves.’

Ordinarily, the forthcoming PDP national convention should give him sleepless nights, especially with the anticipated disaffection among party faithful over zoning of national offices and various permutations all over the place.

But Makarfi is not perturbed. He believes that the party’s zoning arrangement will serve the greater good in the end. ‘In spite of all the issues, at the end of the day everybody will be carried along appropriately. We have our political calculations and we are comfortable with where we are,’ he said.

He also reminisced about his time as Kaduna State governor (1999-2007) when he had to deal with sectarian and religious crises, sharing some of the steps his administration took to reconcile the warring parties.

Will he go for the presidential ticket of his party come 2018 as many have already speculated?

Well, he insists that the jury is still out on that, but those who have mastered the body language of Nigerian politicians also know that summoning the jury, in matters like this, even at the last minute, isn’t rocket science.