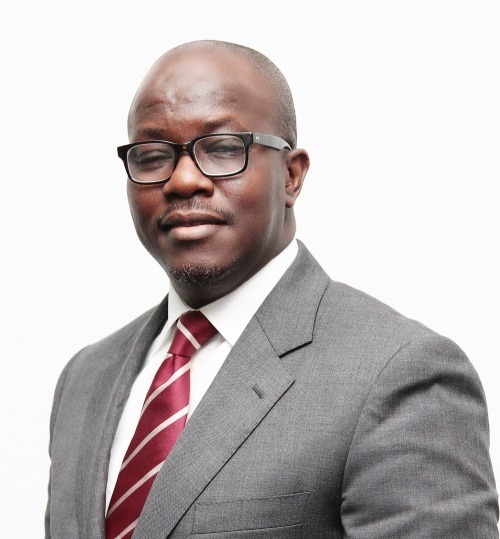 Dipo Davies is a lawyer and the publisher of Castles Lifestyle, a premier real estate magazine. He tells The Interview how he trod on uncharted territory and the strategies to adopt to start and remain in business.

You trained as a lawyer, yet took the decision in 1999 to start Castles magazine, a publication dealing in real estate. What made you decide to do this?

As a lawyer, I was also involved in real estate. In Nigeria, quite a number of lawyers are involved in real estate. They start from the legal aspects of property – conveyancing, tenancy, agreements, leases and even litigation – and their clients ask them to source for or sell their properties, and from there they start a real estate agency practice. I was very much involved in all aspects of real estate, so it wasn’t such a big leap. The primary source of advertisement for real estate in the 1990s was The Guardian, a daily newspaper which ran a Property Column on Mondays. The cost of advertising was quite high and I thought that a specialised real estate publication, without the overheads of a newspaper, would be able to offer lower advertisement rates. This was the idea behind Castles Lifestyle and remains the basis of our differentiation from the mainstream media.

Did you receive start-up funding; how did you go about setting up?

I did not receive any start-up funding. I sold a plot of land in Crown Estate, Lekki, which I owned to start the business. I received N300,000 for the plot and ploughed everything into the business. With hindsight, I realise now that this relatively large sum of money made me spend money frivolously. I spent large sums on stationery, advertisement and other items that added nothing to the business taking off. I could easily have started the business with between N30,000 and N50,000 in 1999 money.

Being a niche publication, were you able to find people to turn to for advice or mentorship?

This was the scariest and most exhilarating part of the business journey. I was simply unable to find people to guide me. From editorial to distribution, even operations, this business is not like any I have seen, and as a result, I had to have the nerve to reject well-meaning advice from established businesspeople and professionals. Leading this particular business continues to be a lonely job because of this. I have found a lot of succour from reading business autobiographies and biographies which help confirm that I am on the right (or wrong!) course. Shoe Dog by Phil Knight of Nike, The $100 Startup by Chris Guillebeau and Alan Sugar’s What You See Is What You Get are three books I have read recently that have given me a lot of practical advice and, more importantly, confidence to take those tough decisions.

What were some of the challenges you faced at the beginning and how were you able to overcome them?

The critical challenge we had at the beginning was distribution. No matter how great the content of a publication is, it can have the best graphical layout and be printed excellently but if the targeted public does not see it, not to talk of finding it to buy, it will not be able to attract the advertising that it needs. After the first three editions of Castles, when we were selling about 25 copies out of a print run of 5,000 copies weekly, I was ready to give up. Then a fortuitous event took place: in frustration, I sent past copies of the magazine to estate agents in Lagos State. Many read this new magazine and the advertisers got some much needed calls from the agents. So we changed our business model from selling the magazine to distributing complimentary copies to those in the industry. This meant that advertisers would be able to get calls from their colleagues who were always on the lookout for property. We kept growing this industry list while finding other places for the general public to pick up the magazine. Eventually, we got enough demand going for us to start selling the magazine at the cover prices.

One other challenge we faced was the fact that in 1999, there were only 400,000 functioning lines. We were extremely lucky to have birthed Castles at the time the telecommunications industry was being liberalised and, as a result, many more agencies who had an all-important phone line were willing to advertise, compared to the period when they did not have a phone line or were not sure if it would be working or not.

Government support for SMEs has been said by many entrepreneurs to be lacking. What has been your experience?

I don’t agree that government should single out SMEs for support. I believe government should face issues that help businesses in general, and SMEs will flourish. I had given the example of the impact of the liberalisation of the telecommunications industry on Castles and we keep reaping the benefits because, today, we don’t need any advert collection centres as adverts are emailed to us and payment made by electronic banking. If infrastructure can be boosted such that distribution by road is cheaper, for example, policies to boost economic growth are fostered – mortgages for instance, we and all well-run businesses will flourish.

How has the current recession affected the real estate sector and what has been the impact on your business?

The purchasing power of the public has been eroded and so effective demand for real estate has dropped. This does not mean that interest in real estate has dropped, as the average Nigerian still desires property, but now at the right price. The current economic clime means that property developers have become more innovative and aggressive in their marketing. This is actually good news for us and we, too, must respond by giving better value even in the face of rising costs and using innovative means to draw the attention of the public to our advertisers’ products.

Low cost housing schemes have generally failed to deliver. What realistic solutions do you think there are to house Nigeria’s fast increasing urban populations?

We have to admit that the vast majority of Nigerians will be unable to afford even the low cost housing. The population is just too poor – depending on what statistics you choose to cite; only very few Nigerians can afford to buy into the so-called low cost housing. Aside from that, the locations of these schemes are far from where the residents can find jobs for themselves, schools for their children, etc. Then there is the challenge of the cost ineffectiveness of the wet building methods we are used to in the country. Counter-intuitively, I believe the issue of housing for the urban population should not have anything to do with building houses. First, transportation infrastructure should be in place so that transportation from the more affordable parts of town to the city centres is cheap, efficient, safe and comfortable. This means that the financially challenged should be able to buy/rent at the outlying locations without affecting their employment/businesses. This is a short term remedy. Medium term remedy is to arrest the rural-urban drift by creating attractive employment in rural areas. This removes the pressure on the urban centres, and as land is more plentiful and cheap in the rural areas, the poor will be able to afford houses there. Thirdly, in the long term, take measures to push up the purchasing power of the average Nigerian. This involves investment in education, health and social welfare. It will take some time to germinate, but when it does, with more Nigerians being able to actually pay for the low cost houses, it becomes attractive to the private sector to deliver.

Again, on the housing issue, how do you think that government can best manage the problem of slums that spring up in urban centres around the country?

By being proactive! You can actually see a slum develop right before your eyes on a month-by- month, even week-by-week basis. Government has to take steps to move the people before they get so many that it becomes a political hot-button issue. However, it will be a recurring issue until the solutions listed above are implemented.

There have been many reports of collapsed buildings, a notable one being a church building in Uyo. However, lives continue to be lost as a result of this. What, in your opinion, is a lasting solution that would put a stop to the problem?

This is a failure of both government and the regulatory bodies of the professionals in the built industry. If appropriate sanctions are meted out to those who are found to have defaulted, the challenge will be greatly reduced.

In most property markets, where there is reduced demand, prices are expected to fall. Despite numerous properties remaining empty for long periods, this appears not to be the case, especially in Lagos. What are your thoughts on this?

A number of developers did not borrow to build the houses, so the pressure to sell to offset debts is not there. We must also admit that a fair number of these properties were built with money from corrupt/illegal means, which again translates to the result that the owners are immune from economic considerations. It should be pointed out, though, that the advertised properties may not be reduced, but in real terms, developers/owners are accepting lower prices.

Where do you see Castles magazine in the next few years?
We expect to have been fully transformed into an integrated advertisement platform -print, digital (website, social media podcasts, etc), TV and radio – for our advertisers.

What are the key pieces of advice that you would give to others seeking to run their own businesses?

One, a plan is an idea until you execute it. Stop thinking and start doing – slowly at first though. Two, determine very quickly your Key Performance Indicators (KPIs) and keep a close key on them. For Castles, our KPI is the distribution figures.

Four, face the facts squarely – don’t interpret them to suit your perceptions.

Away from the demanding world of publishing, what do you do to relax?
Reading, photography, piano but, most importantly, trying to keep up with my daughter!