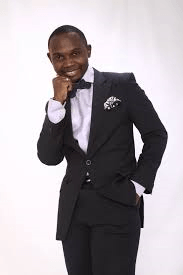 What does love mean to you and how would you describe it?          Love, as I see it, changes from stage to stage. Love is what you feel when you get the first butterflies in your stomach. Some may call it infatuation but that’s all semantics. You must feel those butterflies; otherwise you will not be drawn or attracted to the person in the first place. The thing, however, is that true love doesn’t always remain in that form all the time. It keeps developing and changing, so that it becomes a decision, too, after a while.  A decision? Yes, like the decision to remain faithful and married to the same person despite all their annoying quirks and shortcomings (and vice-versa). I could go on and on but I think you get the point? If you don’t, grab a Bible and read 1 Corinthians 13. Mr. Paul does a stellar job of describing love in that to me.

When you first met your wife, what trait did you see in her, the most exciting aspect of him personality,that made you want her in your life?

Well, I thought she was very attractive and built the way I like women built. There used to be an English word for referring to good-looking women; handsome. You hardly hear that anymore but that was what I thought about her. I thought she was built handsomely. So that was the initial attraction. That soon fades if the content is not as good as the container, though and fortunately for me, she was better looking on the inside than the outside (if you get what I mean). If I had to pick one singular distinguishing trait, it would be that she’s not clingy or emotionally dependent, always looking for affirmation. I can’t stand that!

How did you know that she was The One?

She stooped to conquer! From the foregoing, you can deduce that I was attracted to a certain kind of pulchritude in women, the good-looking type. The thing is that most women who fit this description think the world of themselves – and you can’t blame them. Most of them were prom queens or the most popular girl in school, so they come with a very high and often inflated sense of self-worth, which means they will usually not be docile enough to, in the words of the bible, submit to their prospective husbands. Look, nobody wants (or needs) their wife to be a doormat or pushover; God forbid! but only one of us can be head, and the other the support. My wife was humble enough to submit throughout the period we dated. Whenever it came to it, she always deferred to me in terms of final decision without much fuss. It was a very refreshing thing indeed. Fortunately, she still does!

What does Valentine’s Day mean to you?

A very expensive day with pressures fa! I pity the broke man whose wife puts a lot of store in the significance of Val’s Day. Mine doesn’t; yet again, another reason why we are married.

If your wife doesn’t give you a gift on Valentine’s Day, what would you do?

Nothing really. Like I said, it’s just another day of social conventions. It doesn’t bother me one way or the other. As a matter of fact, I am most sentimental about my birthday.

Who do you believe is the dominant one in your relationship and why?

There is no permanent dominance in our relationship. Ours is a dynamic union, which means there are areas in which I am dominant and vice versa. Sometimes I yield and give in to her, and she does the same for me. Isn’t that how this is supposed to work? Why get married if it must always be your way or the highway?

What is the one thing that your wife does that drives you crazy?

She doesn’t return things to where she took them from in the first place – remote controls, phones, combs, perfumes, car keys, etc. Arrrrgh! (Don’t ask her about mine. I know the list is longer)

What is the one thing that would be a relationship breaker for you?

Relationship breaker ke? Weren’t you at my wedding where I repeated the ‘for better for worse’ part after the priest? We’re in this for the permanent haul. No breakers anywhere.

Which love song would you pick to serenade your wife?

My wife? Who knows, these days? It used to be Timi Dakolo’s ‘Iyawo Mi’ – which we were fortunate enough to have him sing at our wedding.