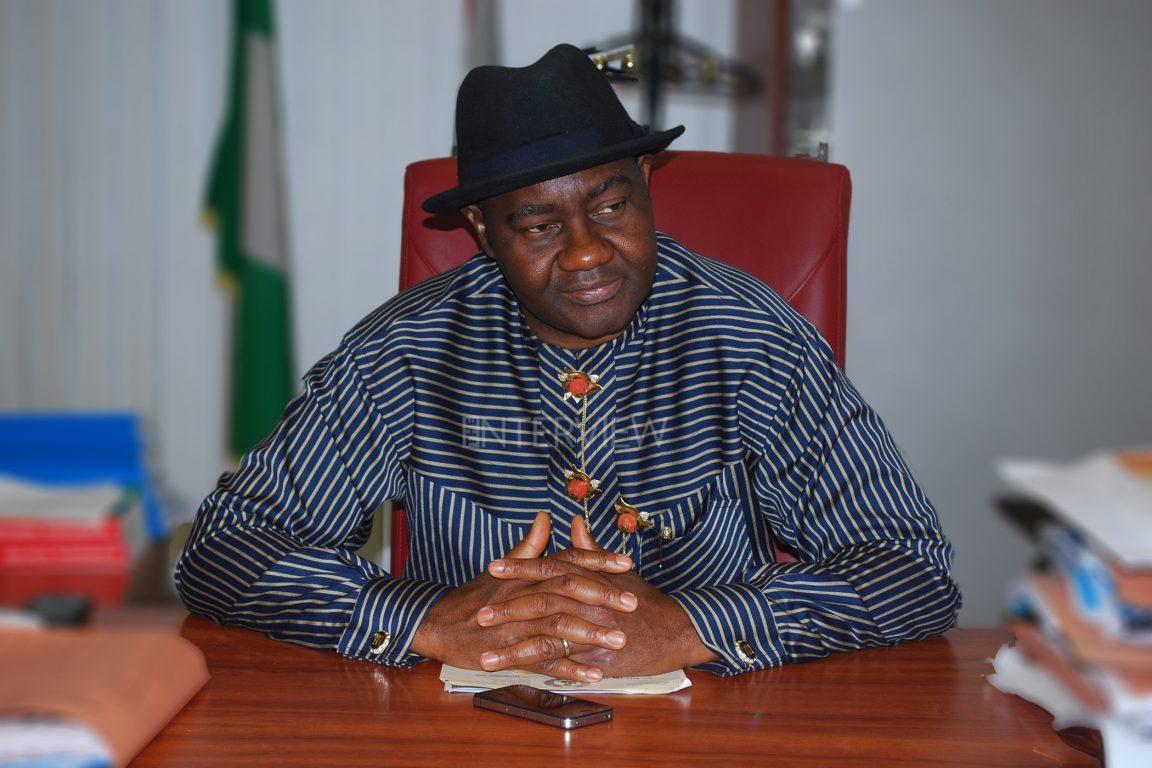 At a time when the space for political contest in the ruling All Progressives Congress appears to be shrinking, there couldn’t have been a more ideal politician to speak with than Senator Magnus Abe of Rivers State.

Abe is a deep believer in transparency. He believes that any political party, especially his party which heralds change as its mantra, should provide a level playing field for all contestants. The party of change should set the example; it should hold up the beacon.

For Abe, however, the party’s chairman, Adams Oshiomhole’s dictatorial style, reminiscent of Ahmadu Ali’s reign in the PDP, did not provide a hint of change; yet he insists that Oshiomhole was only a part of the problem. The party is also suffering seizures from the chokehold of the Transport Minister, Rotimi Amaechi.

Amaechi is clearly looking to establish himself as the Bola Tinubu of Rivers politics. But he has Magnus Abe and the Supreme Court to contend with – at least, for now.

The Supreme Court’s verdict on the congresses and party primaries held in Rivers has put an end to the candidacy of Tonye Cole for governor. Cole was not only Ameachi’s choice but was also the anointed candidate of the national headquarters of the APC.

The court’s verdict made Abe, who has been at the center of the lawsuit, an interesting prospect for interview. His party is now faced with the choice of fielding him as its governorship candidate or conceding the election to the rival PDP.

In an hour-long interview in his office at the National Assembly in Abuja, Abe opened up.

He said he couldn’t help but admire the way the opposition PDP conducted its presidential primaries, whatever the perceived flaws. “Every contestant was given a level playing field,” he said.

Whatever problems may have arisen after the primaries, especially the naming of former Governor Peter Obi as the running mate of former Vice President Atiku Abubakar, are problems that the PDP will have deal with; but no one can deny that their presidential primaries set a good standard.

Abe was reluctant to criticise Oshiomhole, who has come under serious attack from some governors over the conduct of the APC primaries. While acknowledging that it was regrettable that Oshiomhole had made himself the issue, he said the entire leadership of the party should take responsibility for the outcome.

Abe tried, without success, not to mention Amaechi by name or to let his disappointment over a broken friendship of many years show in his voice.

He recalled with incredible detail and poignancy how Amaechi came to his house to ask him not to contest in the primaries for governorship in the presence of his wife.

He said the APC primaries lacked confidence building measures, transparency and fairness. He recalled that the party primaries held in off season elections in states like Anambra and Kogi were largely fair and acceptable to most. Though the senator didn’t say it, the message was not hard to miss that during those off-season elections, John Oyegun was the national chairman of the APC, not Adams Oshiomhole.

Magnus Abe does not leave the interviewer in doubt that he is not hungry for power or desperate for the party’s ticket. Yet, he is adamant about being treated fairly. He doesn’t mind losing. He wants to win or lose in a competitive race where everyone is given an equal opportunity.

From the interview, one gets the impression that he is out to prove a point, to tell Rotimi Amaechi that he could be a powerful minister in Abuja, but he has no right to abridge anyone’s constitutional given right to seek elective office.

As the battle enters its final stage, it would be interesting to see how and where two former allies – Abe and Amaechi – will bury the hatchet.

This interview gives more than a hint.