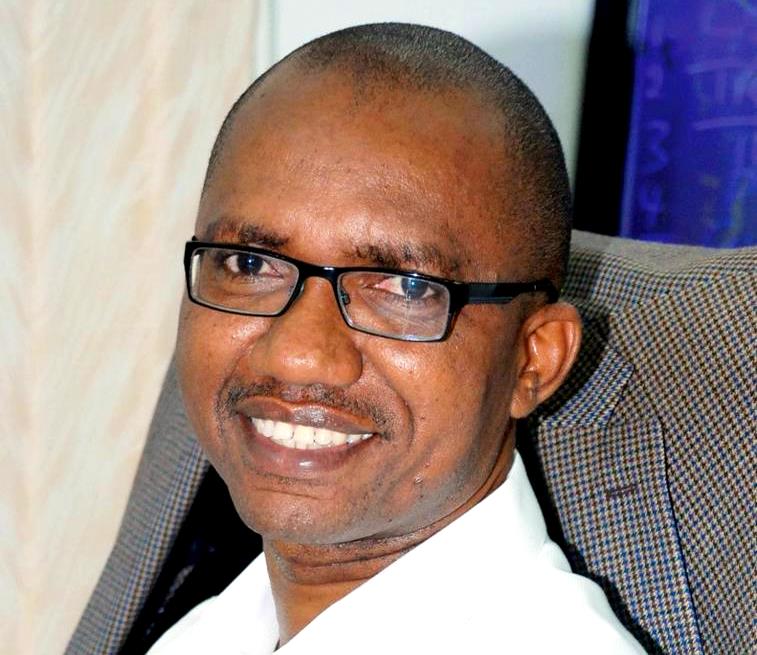 I first did it at 50. Before then I had not done a comprehensive medical check up. Older friends above fifty would often tell me to have a complete check up at least once every year after forty.

For men, a checkup is incomplete without a prostrate check. Forty per cent of men in Nigeria, particularly those over forty, are living with prostrate cancer and many don’t even know it.

Yet, I thought a medical checkup was a funny piece of advice, but never said so out of courtesy. We’re all going to die of something anyway, why start worrying early about what will kill you.

My odyssey began with an eye test, which I was coaxed into doing much earlier at Specsavers.

Once every two years since my 40th birthday, whenever I visited my aunt in Manchester, she’d insist that I did an eye test. I resisted it but she did not stop fussing.

She said she noticed I was squinting when watching TV, shifting in my chair and always wanting to move closer to the screen and that it was not normal.

I denied that something was wrong, but agreed to do the eye test all the same, just to please her. The result stunned me. My vision had deteriorated and the optician recommended a corrective pair of lenses without which I couldn’t see the rear number plate of a car 10 metres ahead.

I didn’t bother, since I could still read and write. I didn’t know my vision was deteriorating until I was asked to read a letter chart as part of the vision test. The result was bad.

I was told that if I didn’t immediately start using lenses, my sight could get worse. It might sound quite ordinary now, but using lenses was a major decision back then, a remarkable lifestyle change.

My parents lived for over 70 years and never once used glasses or any aid for the senses. I cannot recall seeing them in a hospital sickbed either, except once when my dad was operated on for hernia.

I would pride myself as a chip off the old block, and it came to me as a rude shock when the optician recommended lenses as a required extension of my normal life.

I took it with a heavy heart and choose the coolest of frames to deflect attention from my new, unfamiliar looks. The real motive was to assuage my panic.

After the test, life continued as usual. I continued gorging on fried plantain, assorted bread, pounded yam, washed down, quite often, with bottles of fizzy drink.

I loved my evaporated milk, too. I didn’t stop pouring it till my tea turned yellow or my pap was drowned in milk. I would later find that of all mammals, only humans continued to drink milk after infancy. It’s barely tolerable for infants, but certainly dangerous for black adults because we’re lactose intolerant.

It wasn’t just what I ate that seemed to defy the law of culinary balance; it was also when I ate. Like most journalists, I work long, odd hours and close very, very late.

There’s hardly enough time in-between for decent meals. After grabbing what I can at breakfast, I quench my cravings at work with snacks. When I return home at past midnight, I eat what I find – amala, pounded yam, semovita, whatever!

If like me you can eat a horse and still not gain a ounce of weight, you might be eating yourself to death without knowing it. It took a decade after my eye test at Specsavers and miles of culinary waywardness before I began to realise that something was going wrong with me.

I did my first comprehensive medical test at 50. Even as I walked into the hospital that February morning nearly three years ago, I still thought it was a waste of time and money.

At first sight, the result seemed to confirm my suspicion. All the boxes were ticked good except one: my blood pressure. It was on borderline (140/80) and had possibly been so for years. I didn’t know. Nearly 10 million people die worldwide every year from hypertension, described by some sources as “the single biggest risk factor for death.”

The doctors advised that I should check again after about two weeks but immediately recommended lifestyle changes. No late-night eating. Cut down drastically on salt or cut out completely.

I had cut out beef for as long as I can remember but now, that was not going to be enough. I was also advised to replace carbohydrate with vegetables and take as much compatible fruits as I could. No more bread, fried plantain or plantain chips.

After years of eating to live, I was learning something new, something different, at midlife: Nutrition can aid or impair the immune system. It is perhaps the biggest influencer in the development of some chronic diseases like heart disease, cancers, stroke and diabetes.

As part of my daily exercise, I had already started 30-minutes’ morning walk three times a week. But that was no longer going to be enough. The doctors compounded my misery by advising that I raised my game to one-hour walk daily at greater frequency, if I could find the time.

On top of this new regimen, I was also supposed to try getting longer hours of sleep – at least seven to eight hours every day, if I could.

At some point this seemed to me like the ultimate laundry list in the perils of aging, but the doctors advised that if I wanted to live a long, healthy life, I had to find the discipline to follow the rules.

I’ve been at it, following the rules as best as I can, not 100 per cent but well enough to notice a remarkable improvement in my sense and feeling of wellbeing.

It’s amazing that it took me nearly 40 years and sheer accident to do my first eye test and nearly one decade later to start paying any serious attention to literature on healthy living.

I grew up in a world where the pop icons were chain smokers, celebrities had bevies of girls, and carbohydrate – whether fufu, pounded yam or eba, high as a mountain – were the staple. And I thought that folks in that era had pretty long, admirable lives. Or did they?

It’s a different world. The gospel of healthy living is everywhere and it’s hard to keep up with the deluge of dietary advisory of dos and don’ts.

But millennials don’t have to wait till they’re 40 before they have the first eye test: they seem to come straight from the womb with lenses these days. They also know the nutritional value of every meal to the minutest fibre and live with one foot in the gym door.

Yet, each person must, soon enough, find what works best for them and stick with it, keeping in mind at all times the golden rule: moderation.