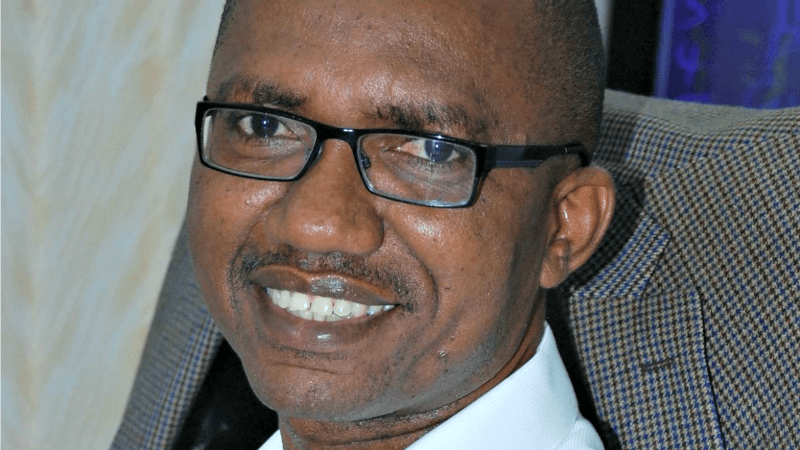 There are many reasons why the world will not forget 2017. In just one year of his presidency Donald Trump has changed the world beyond recognition.

He has been compared to John Adams, Quincy Adams, Andrew Jackson and John Tyler – all 19th Century US Presidents whose gift of rage made some wonder if they were all right upstairs.

But none of them was quite exactly like Trump. They were intellectuals or soldiers and had held elective positions before taking office. When Trump was sworn in on January 20, 2017, he was a barbarian occupying elective position for the first time ever.

He was elected for the same reasons why a long list of candidates before him had gone to their early political graves – concealing his tax records; despising women, blacks, Latinos and Muslims; thrashing the liberal press and calling CNN and New York Times carriers of fake news, while at the same time, extending an unpatriotic hand of friendship to Russia, his country’s traditional rival.

Before his first 100 days in office, Trump had started campaigning for his second term. His twitter handle was his staging post during his campaign. But even in office, it has been his mainstay and weapon.

Trump is the world’s Twitterer-in-Chief. And those who thought that his reckless tweeting would end with the campaign, have been treated to some of Trump’s most memorable tweeter posts this year.

Samples: “Arnold Schwarzenegger isn’t voluntarily leaving the Apprentice, he was fired by his bad (pathetic) ratings, not by me. Sad end to a great show.” March 4, 2017

“How low has President Obama gone to tap my phones during the very sacred election process. This is Nixon/Watergate. Bad (or sick) guy.” March 4, 2017

“How can a dummy dope like Harry Hurt, who wrote a failed book about me but doesn’t know me or anything about me be on TV discussing Trump?” July 15, 2017

“@FrankLuntz is a low class slob who came to my office looking for consulting work and I had zero interest. Now he picks anti-Trump panels.” August 15, 2017

“Truly weird Senator Rand Paul of Kentucky reminds me of a spoiled brat without properly functioning brain. He was terrible at the DEBATE!” August 15, 2017

“Nobody has better respect for intelligence than Donald Trump.” August 10, 2017

“Why would Kim Jong-un insult me by calling me “old”, when I would NEVER call him “short and fat?” I try so hard to be his friend – and maybe someday that will happen!” November 12, 2017

“Crooked Hillary Clinton is the worst (and biggest) loser of all time. She just can’t stop, which is so good for the Republican Party. Hillary, get on with your life and give it another try in three years.” November 18, 2017

There is someone else who would have matched Trump tweet-for-tweet, this year. If former Zimbabwean President Robert Mugabe were a tweeting man, he surely would have captured the unexpected and dramatic end to his 37-year rule in a marble of tweets.

After boasting three years ago that he would tell the world when he decides to leave, 93-year-old Mugabe was nudged out of  office in a palace coup which, quite frankly, might not have been significantly different if he staged it against himself.

For days, the world was riveted on the drama in Harare such as had never been seen since General Prats disarmed rebel armed tanks trying to overthrow Chile’s Allende.

Except that in Harare, everyone seemed to be on the same page, with the soldiers even seeing Mugabe off to a graduation ceremony from house arrest and, a few days later, assisting him to shuffle pages of a long rambling speech later followed by a notice of resignation.

Mugabe has been paid off, and his former deputy and now successor, Emerson Mnangagwa, who instigated the coup, has even given the old fox a pass to Singapore for medical check up. The Harare palace coup template has left soldiers all around the world scratching their heads.

Yet, this year, Nigeria has also thrown up its own memorable examples in profiles of bizarre leadership. Senator Dino Melaye was a shining example. While his constituents were struggling to put food on their tables, he was showing off his latest collection of exotic cars on social media or waxing his cringe-worthy chart buster, Aje ku iya.

At a point, nuisance-weary constituents in Kogi signed up for Melaye’s recall, but that was not before Melaye passed on his gift of singing and dancing to his colleague, Senator Ademola Adeleke.

Governor Ayo Fayose bequeathed the year with another kind of legacy. He created a huge following by just being a contrarian and betting, quite disastrously, that President Muhammadu Buhari was a dead man walking.

When Fayose posed with Pastor Enoch Adeboye, he was the defender of the Pentecostal church and when he posed with Muslims during the Ramadan, he asked for a knife to kill the ram in sacrilegious defiance of common sense and tradition.

But crowds loved him anyway, especially in the South East where he made friends with Nnamdi Kanu, that fugitive who probably never took his mother’s advice not to play with fire.

Fayose has been looking at his watch lately. He’s nearing the end of his tenure and he can see from the writing on the wall that he cannot repeat the hubris of 2017 in 2018. My guess is that as he works out his exit plan, he would be shopping for the humble pie this Christmas. He’ll need tons of it next year.

Of all the local newsmakers this year, none appears more worthy of the prize than the Imo State Governor Owelle Rochas Okorocha. It was a regrettable accident of history that he met Barack Obama in the White House earlier, when he should have met his real cousin, Donald Trump.

Where Trump uses Twitter as staging post, Okorocha uses statues, falling back on his creative ingenuity to invent an office for every member of his family at huge public expense.

The newly created Ministry of Happiness and Purpose Fulfillment in Imo State is perhaps the single most innovative idea since Spain appointed Edelmira Barreira as its first Minister of Sex in February this year.

Perhaps the real disappointment for me is that in a year when the video of Bukar Abba Ibrahim having a twosome proved the prowess of the 67-year-old senator and former governor beyond a doubt, Okorocha appointed a commissioner with far less requisite experience for his new Happiness ministry. Isn’t there something that Bukar Ibrahim can still do in that Ministry?

It doesn’t matter to Okorocha that workers’ salaries are unpaid and pensioners are pinning away in long, waiting lines. This is a year when Imo produced enough statues to feed the poor and also created enough ministries to keep Okorocha’s family members employed.

The Chinese said this would be the Year of the (fire) Rooster, characterised by trustworthiness, a strong sense of trust and responsibility at work.

The Rooster did not see Trump or Okorocha coming.