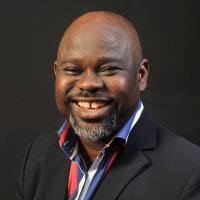 When my good friend, Benedicta Attoh, a proud Edo woman and the immediate past secretary of Etsako East local government saw my last article for The Interview magazine, she promptly challenged me to check out the giant steps that the Edo State government is taking in its multi-pronged effort at creating apprenticeships and agro-entrepreneurs through the various policies of the government geared towards opening up the state to countries that had great track records in agriculture. So instead of going to the West to look for investors, the governor, Godwin Obaseki, a former investment banker, and his team went to the Eastern countries of China, Singapore, Malaysia and Indonesia to seek investment to develop agriculture in the state.

This was her exact comment on facebook: ‘Apprenticeship is not rocket science. It is doable if government has the willpower to forge ahead with it. In Edo State, the governor is placing serious emphasis on technical education. He’s revamping the Benin Technical College. His idea is to develop in young people the skills-set required to be functional in today’s world. Today’s skill requirement is totally different from what we knew in the past. Graduates that are unemployable are churned out of universities year after year; some of them cannot even make a good sentence, therefore government and the private sector must rise to this challenge. Apprenticeship is one critical way to close the increasing gap of unemployment and underemployment.’

PwC’s 2017 study was informed by two specific objectives, viz to ‘identify challenges and opportunities for doing business and examples of good practices in the focus states, and provide key recommendations as to how the United Kingdom (UK) can broaden prosperity and commercial engagements that help Nigerian states make the most of their economic development opportunities.’

In drawing its conclusions based on its findings with regard to the realities of the business environment from each of the focus states, the agency said it ‘used a combination of quantitative analysis of publicly available data as well as insights gathered from interviews with a sample of private sector companies, key state parastatals, business and trade groups, and development agencies.’

For each of the states, the study reveals that certain positive efforts are already in place and others are being taken to nurture such business-friendly environment that encourages effective competitiveness, motivates investment and boosts investors’ confidence and, consequently, help to realize economic prosperity for the people.

In the case of Edo State, which is the focus of this column, the study explicitly affirms the fact that the state government demonstrates renewed interest in significantly improving the business environment in the state through workable policies and decisive engagement of the challenges in the business sphere.

It is important to point out a few projects that I think the government is implementing to achieve its election promise of creating 200,000 jobs for the teeming unemployed youths in Edo State.

The Edo Industrial Park, with the technical support of Mahindra Group of india, is planning the project that would maximize the location of Benin City from where all parts of the country can be accessed, coupled with the abundance of natural gas, the low cost of production, access to water and availability of affordable labour. It is pertinent to note that the idea which was conceived about seven months ago already has the preliminary project report ready for implementation. The speed at which the government is moving shows that it is ready to work with the private sector that values the ethos of speed and efficiency.

The state has taken its job creation and investment drive to Singapore where arrangements are being fine-tuned to attract $50million worth of investment that will create 50, 000 jobs in the state.

The deals cover investments in agriculture, specifically oil palm and cassava to feed the processing plants of a leading Singaporean company, Tolaram Group. This Singaporean company are the manufacturers of Indomie noodles, so they are quite familiar with doing business in Nigeria. The deal will help to train young agro-entrepreneurs on developing agricultural value-chain in the state and help to create thousands of indirect jobs for suppliers and farmers.

There is also the partnership with the Indonesian government. Indonesia is currently the largest exporter of palm oil in the world and its agricultural sector is the country’s most valuable export sector. The agricultural sector of Indonesia accounted for 32 per cent of the total labour force in 2016, and in 2013 the sector’s contribution to national Gross Domestic Product (GDP) was 14.43 per cent. In 2014, Indonesia’s production figure for palm oil was 33.5 million tonnes and the product accounted for 11 per cent of export earnings of $5.7billion.

The choice of Indonesia for the strategic partnership, according to Obaseki, was informed by these statistics, including the fact that Indonesia is a global leader in palm oil export, followed closely by Malaysia which came to Benin City to collect oil palm seedlings several years ago, precisely from the Nigerian Institute for Oil Palm Research (NIFOR).

It is worth pointing out that the World Bank has already released the sum of $1.6million for the renovation of the Benin Technical College which will help in training the youth in new agricultural skills. This definitely shows that apprenticeship is not rocket science, and with proper planning we can achieve a lot with limited resources.