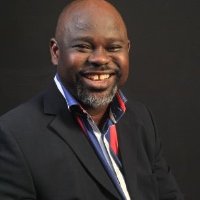 Tunji Awonusi writes on the powerful influence of the Jewish Diaspora in advancing the socio-economic wellbeing of their home country and how Nigeria can tap into this invaluable resource to bail itself out of recession.

There is little doubt that the Jewish people represent the classic Diaspora phenomenon of all time. Indeed, it seems that the term “Diaspora” itself originated to describe the Jewish condition. The Jewish Diaspora has existed for at least 2,500 years and, if certain local traditions are accurate, perhaps even longer. The Jewish Diaspora has existed alongside a functioning Jewish state and, for almost precisely 2,000 years, without any state recognised as politically independent. Moreover, for 1,500 years the Jewish people existed without an effective political centre in their national territory; that is to say, they existed exclusively as a Diaspora community, so much so that the institutions of the Jewish community in Eretz Israel were themselves modelled after those of the Diaspora and the Jews functioned as a Diaspora community within their own land. Nevertheless, the Jewish people not only preserved their integrity as an ethno religious community, but continued to function as a polity throughout their long history through the various conditions of state and Diaspora.

One marked characteristic of the Jews as a group in their relationship with the rest of the world is their strong tendency to gravitate to the centre of whatever universal communications network exists at any particular time and place. Thus, Jews have always gravitated to the capital cities of the world, and have been able to make their influence, as individuals and as a group, felt disproportionately. Not only that, Jews have always been involved in communication-related enterprises, whether communicating religious ideas, as in their earliest history – ultimately to half of mankind – or in radio, motion pictures, and television in the twentieth century, communicating new lifestyles worldwide. This accounts for the fact that most directors, producers and script writers in Hollywood are Jewish.

Israel has since the1950s been issuing Diaspora bond and have since perfected the process along with India. Diaspora bonds are essentially a form of government debt that targets members of the national community abroad, based on the presumption that their emotional ties to a country make investing in such products worthwhile. Sales can be restricted solely to members of a particular nationality or opened to all buyers, with nationals receiving a preferential rate.

For governments such as the one of Israel that has large Diaspora populations, the bonds provide an opportunity to tap into a capital market beyond international investors, foreign direct investment, or loans. If governments have experienced difficulties raising money on the international market or attracting investment, Diaspora bonds can be an attractive new source of financing.

Three other principal benefits stand out for the issuing governments:

Any government that wants to issue Diaspora bonds must lay the groundwork with a strong information campaign. Perhaps more importantly, it must also be prepared to give its Diaspora communities a greater say in how any funds raised will be used. Israel has raised $11.3 billion through forms of Diaspora bonds.

The “Israel lobby” is the diverse coalition of groups and individuals seeking to influence the foreign policy of the United States in support of Zionism, Israel or the specific policies of its elected government. These organisations have included political, secular and religious groups of Jewish-Americans, as well as non-Jewish organisations of political, secular and religious Christian Americans. These groups have reportedly increased in size and influence over the years. The term itself has been subject to debate and criticism over the years, concerning its clarity and exact definition

Today, American Jews are a distinctive and influential group in the nation’s politics. Some writers opined that the ability of American Jews to effect this through political or financial clout is overestimated, that the primary influence lies in the group’s voting patterns. Jews have devoted themselves to politics with almost religious fervour and they have the highest percentage voter turnout of any ethnic group. While 2-2.5% of the United States population is Jewish, 94 per cent live in 13 key Electoral College states which, combined, have enough voters to elect the president.

The role of the Diaspora through the Jewish Diaspora could be felt in every area of financial, media and political space and it has given the state of Israel a big lead over other countries due to the great patriotism shown by its Diaspora towards issues that affect Israel.