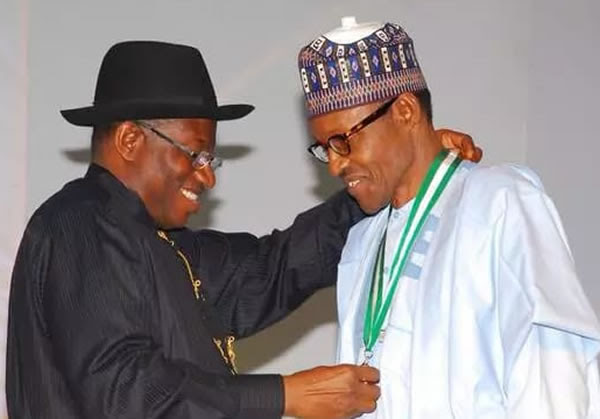 If, like me, you supported a change of government in 2015 and have been asking yourself why, then you should read the new book by leading columnist and Chairman of ThisDay Editorial Board, Olusegun Adeniyi.

Adeniyi’s book, entitled, “Against the run of play,” is the most eloquent single contemporary repository of why former President Goodluck Jonathan had to go.

Until I read Adeniyi’s book, I was beginning to ask myself whether it was the right thing to get Jonathan out. The book settled the matter.

It is true that for a period, the pace and direction of President Muhammadu Buhari’s government was a matter of concern. The economy was adrift with no alignment between monetary and fiscal policy and no direction for recovery; herdsmen became the new face of terror; and the ruling party, the All Progressives Congress, turned on itself.

Except when it came to blaming past administrations, it appeared that the president had lost control. With mounting criticisms over Buhari’s performance, Jonathan was beginning to look like a star.

Against the run of play is, however, a poignant reminder that almost from his first day in office, Jonathan was determined not to succeed. Even though forces beyond him may have also conspired to remove him – the same way they conspired to install him – Adeniyi’s book shows that the man was the single greatest contributor to his own downfall.

I find this whole business of fishing for red herring for Jonathan’s defeat childish and amusing. Blaming Barack Obama and the US, blaming a wing of the Northern political elite, blaming the Palestinians.

The man in the mirror is blaming everyone else but himself. A copy of “Against the run of play” would help Jonathan see how he wrote the script of his own defeat.

The book is an eye-opener on the fickleness of politics. Those who worked the hardest to install Jonathan were among the first and earliest casualties of the power play in his government.

From Okwesilieze Nwodo who gave the most stirring speech at the PDP caucus meeting at which it was agreed that he could contest for 2011 to Mahmud Yayale Ahmed whose intervention calmed frayed Northern nerves to former President Olusegun Obasanjo, who “foisted” him on Nigeria, Jonathan burned all his bridges before he was even half way through his first term in office. And now he is blaming who?

He was a good man by nature but was obviously overwhelmed by the burden of office. It didn’t help that he surrounded himself with a few who thought they were on a mission to avenge the Ijaw.

To make matters worse for Jonathan, his wife, Dame Patience, seemed to have a talent for courting controversies and behaved, almost from the beginning, as if she and her husband were on a joint ticket.

According to Adeniyi, the President was hardly one year in office when the First Lady had an explosive encounter with the Speaker at the time, Aminu Waziri Tambuwal.

Adeniyi wrote that Tambuwal was driving when Patience called: “The woman at the other end of the line from the caller ID was very well known to him so he had no hesitation picking the call…‘You this Hausa boy’”, Dame Patience Jonathan began, “you want to bring down the government of my husband; you want to disgrace him out of power? Una no fit! God no go allow you.”

That siege mentality governed Jonathan’s presidency most of the time. The first nine of the 12-chapter book carefully documents Jonathan laying his bed. He alienated Northern leaders who were already suspicious that he will break his promise not to run in 2015; the mishandling of the kidnap of the Chibok girls was callous and unpardonable; and Boko Haram was allowed to grow from a small wound into a festering sore.

We’ve almost forgotten what it was like now. The lunatics, led by Abu Shekau, seized two thirds of the North Eastern part of the country, almost the land size of Northern Ireland, confined Jonathan to Aso Rock and the rest of us to fearful lives behind stone boulders, metal detectors and iron bars.

The dead, the wounded and the displaced were in their hundreds and mounting. Adeniyi’s book reminds us that on Jonathan’s watch, our soldiers became a laughing stock in Yaoundé and N’djamena and we could not even secure the lives of our children in Chibok, Bunu Yadi or Yola.

The PDP was already collapsing under the weight of years of impunity and misrule, but Jonathan was the undertaker. The funeral of the party in 2015 was not against the run of play.

Jonathan had burned his bridges both in his home base in Bayelsa and in Rivers State. The dustbin at the party’s national secretariat was littered with the remains of its fallen chairmen, who were removed almost as quickly as they were appointed.

Whether among the governors or in the National Assembly, the two bastions of political support for any president, Jonathan and the leaders of these forums never seemed to agree on anything.

Adeniyi quoted former Niger State governor, Babangida Aliyu as saying, “In August 2013, at the PDP Convention, the delegates from Rivers State were changed at the instance of the President because of his fight with Amaechi, while delegates from Adamawa State were also changed by Bamanga Tukur. We did everything to make the President see reason but he refused to listen to us. That was the beginning of the problem that led to the five governors leaving the PDP.”

As for Jonathan’s attitude to corruption, that was another matter. Whenever anyone complained about it, the government simply responded by giving corruption a rocking chair.

Is the book a vindication of the Buhari government? I don’t think so. I think it’s a useful reminder that in the quicksand of politics, leaders must seize the momentum while they can. And for a government like Buhari’s, which came on a tidal wave of change, it won’t have a second chance to campaign about change.

What happens in 2019 has started already and will not be against the run of play.

After The New Runway

In February, before the six-week closure of the airport, I wrote an article entitled, “Insanity Is Closing The Airport For Six Weeks.” Until Nnamdi Azikiwe International Airport, I’m unaware of any airport in the world closed for scheduled repairs and I cited at least five examples in my piece.

The government has earned praise not only for finishing ahead of the deadline but also for going to extra-ordinary lengths to make the transitory period to Kaduna largely successful.

I believe the accolades are deserved and hope we can move on, with the same seriousness, to other issues in aviation safety, especially having a competent and independent civil aviation authority. And we don’t have to shutdown our lives to do that.