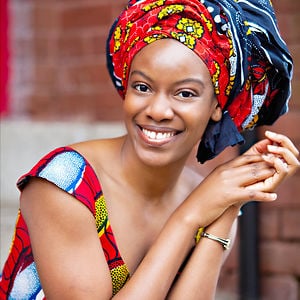 Nigerian-American multimedia journalist, Chika Oduah, sure isn’t your regular pen pusher.  Far from it.  With her work in television news production and as a writer and photographer, she has continued to tell and preserve the African narrative.

Right from her days at the Georgia State University where she studied film, anthropology and broadcast journalism, and also served as vice president of the university’s chapter of the Society for Professional Journalists, Oduah demonstrated great affinity for an art that impacts positively.

She is one of the few Nigerian journalists whose works have featured on New York Times, CNN, Al Jazeera, France24, BBC, The Guardian, and other reputable international news outlets.

Apart from her human-focused stories, she worked at the Centre for Pan-Asian Community Service in Doraville, Georgia, teaching refugee teenagers from Sudan, Bosnia, Rwanda, South Sudan, Afghanistan and Liberia.

With her work on the abducted Chibok girls, Oduah won the Trust Women Journalist of The Year Award from the Thomson Reuters Foundation in 2014.

One of her works also qualified her to be shortlisted as a finalist of the 2015 Livingston Awards for Young Journalists. She also won the Future Awards and Ebony Life Prize for Journalism in 2016.