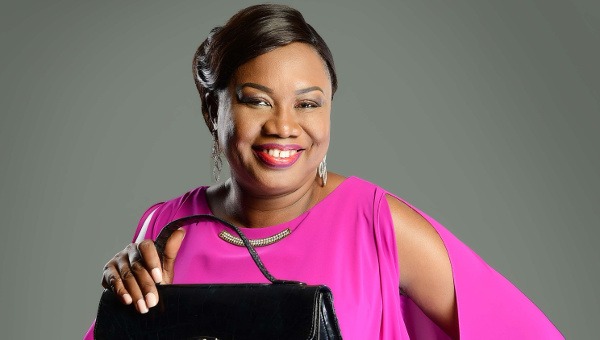 How does a startup survive in a recessed economy? How does a local brand ensure it can compete with its internationally known counterparts? The answers to the foregoing questions and more are what the pharmacist-turned-bag designer and entrepreneur, Mrs Maureen Obayewa, shares with us in this chat. It is the story of MorinO., an indigenous luxury leather bags brand. Read on…

What were you thinking when starting out?

When I was starting out this outfit, all I wanted to do was to express my creativity through the medium of leather and see how it would go. When I started, the response from the very beginning was very encouraging. It made me run faster than I thought I would,concerning the brand.

You could have expressed yourself through other materials. What is it about leather that made you chose it; any special connection?

I was just drawn to leather and also,I guess, for a couple of reasons: its durability; the fact that it can be available in different colours; the fact that it can have several finishes, and when you are able to put it together, you can actually make it form any shape and have a concept or design with it. It is functional!

What exactly are those responses that made you run faster than you planned?

Well, from the start, the first set of bags we did was showcased at an exhibition.That was the end of 2012. The very first place we showcased, we had three people arguing over one bag. We had another handbag designer buy our product. We had people wanting to buy and asking if they could order at our very first showing. That spoke to me loud and clear, that there was something in those bags that we needed to enhance and further explore.

Between then and now, how has it been?

It’s has been quite encouraging and challenging;challenging because we have a vision and it is quite difficult trying to put everyone on the same page, especially when we are coming from a culture where everything could go, and you are seeing through the eyes of perfection – you want to see your bags in the same shops with other internationally known and accepted brands. It’s also challenging in terms of financial capacity to be able to do what you want to do at the level and quality you want to do it.  But it has been encouraging because the response, both locally and internationally, has been very encouraging.

How did you deal with the issue of financial constraint?

I have a philosophy and that is: use what you have to get what you want – start small and think big. We started small, it was tough; tough because you don’t always have ready working capital to answer the queries that you have and to meet the demands that you have.  You want to do some things and it’s frustrating because you are doing them in numbers that are limiting.  So, in terms of funding, we started with what we had. The first tier of funding wasfrom friends and family and your savings. We did that for a while and after we had a product that we could show, we started looking for opportunities where people would be willing to lend us money.

Those rates were high rates because people were taking risks but we didn’t have a choice if wanted to continue what we were doing, so we did that. After a while, we started getting some encouragement through organisations like the Bank of Industry (BoI), which not necessarily gave us a facility but provided platforms for us to be introduced to another agency which is the Nigerian Export Promotion Council (NEPC) which saw our product and said, ‘Look, there is something in this product and we will like to showcase it to the world.’

So, we started going on these trips sponsored by NEPC to the Magic Fair in Las Vegas, and after a couple of showings, you know how you get orders and ask for deposit in order to fund the bags.  That was how we continued. It’s quite stressful, I must say, because at a point you develop a product where people can just fall in love with it and will want to invest in it as against us going to the commercial banks which will ask for your grandfather and grandmother, or collateral that, if you had, you would sell and fund your business. The challenges are there in terms of funding and we are still at that stage where we need that funding. We need someone who would believe in us and the product and not demand collateral that is times three of this, because we are at the tipping point.

I get the feeling that what you just shared is a common challenge among entrepreneurs in this country; what do you think is the problem?

The problem is that there is a dysfunction generally and that has to be regularised and from the base. SMEs need to be encouraged and there should be other ways to assess credibility apart from collateral. This will encourage people who have innovative and workable plans to bring them to fruition because there is too much frustration out there.

I recently talked to an organisation and it was ostensibly set up to help SMEs and not to focus on collateral, and I was encouraged though the rate was a bit higher than the commercial banks. I was encouraged and went there, gave them 2014 and 2015 audited reports and a very nice executive summary.  They were impressed and then went back to the collateral issue. Later they told me they would accept third party collateral. That was how I ran to a friend with a landed property who agreed to let me use it for collateral. They turned around to say they had some concerns and told me to wait till January for a response. 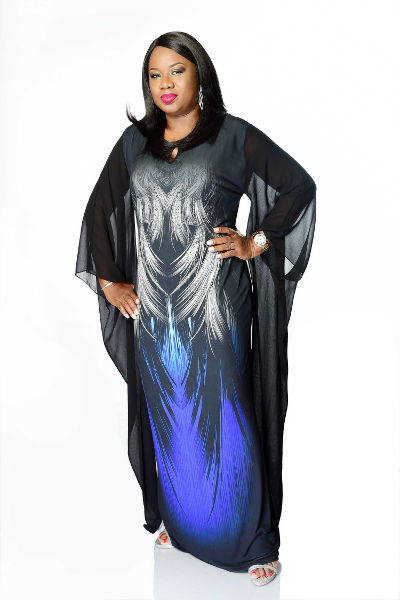 What is the secret of your survival then, despite all these challenges?

I have a very dogged spirit; if I have a passion and I believe in what I’m doing, it’s difficult to discourage me. I have my crying moments, but I would also pick myself up and probably try other means. So, it’s that dogged determination that has seen me up to this time.

Can you briefly talk about three critical challenges you believe entrepreneurs in Nigeriaface?

A major one is infrastructure. Take, for instance, the road network; the facilities are not there and the amount of time one spends in traffic is enough to jeopardise what one is doing.

The second is funding.

The third is the psyche of the general populace; the work ethic is not commendable and attention to detail is lacking. And that is very important, especially when you are in our kind of business. Just getting their mindset to get to that point where they realise that ‘just because I did it and it seems good does not mean it is good enough’.  That has been a challenge. The number of bags we have rejected because of quality control is high.

Just like you, many entrepreneurs complain about the quality of human resources we presently have; how have you been dealing with it and what advice do you have for other entrepreneurs regarding this?

I believe that though there may be 100 people without the right work ethic, there would be one person with the right attitude.  Therefore, I always look for that person. Secondly, I decided to always train and hone the skills of my workers. It takes a lot of motivation and training to overcome that. I always meet with my workers and talk to them like we’re one big family.  I talk to them about life, goals, the spirit of excellence. I talk to them about my own struggles and use my life experiences to show them that we are all coming from somewhere.

Due to lack of funding, most start-ups in Nigeria are hardly ever able to retain good talents for a long time;how should entrepreneurs deal with this?

I think when the staffers are able to connect to the vision, it helps. If you are able to impart the vision in them, that works. Then, relationship; that means even when we have issues, we still see each other as family. I get exasperated sometimes, shouting and all that, but you discipline and also extend a hand of friendship at the same time.

What are those factors that make the Maureen O brand stand out?

Innovation – the constant pursuit for a better product, and strong commitment to customer satisfaction.

What would you like the government to do to in order to help entrepreneurs?

A lot of interventions. When the government sees someone who is trying to set a pace and project the company name in good light, every form of assistance that can come in the form of positioning for technical assistance, accessibility to funding, with taxes and tariffs that would encourage the business to grow and, most importantly, providing an enabling environment for those businesses to grow.

Talking about interventions, do you think Nigeria lacks interventionist programmes in this regard?

What we lack is practical, doable interventionist projects. We talk a lot, but when it comes to actual implementation, that is where the issue is.

What should we expect from Maureen O this 2017 and what are your plans?

Our plans for 2017 are to consolidate on the initial market we have been able to access. Like I said earlier, there has been a strong reception for the product, both locally and internationally. We plan to open more outlets and consolidate on the outlets we have outside the country and create more. We’ll also feature in more online outlets that feature the brand.

Let me take you back to what you said earlier about having your crying moments; can you share any of such moments with us?

Yes, when we were trying to access funds and we had to go to people who were willing to take risks but with high interest rates. You know how it is; it is easier to borrow than to pay, because those terms were short-term. They are really realistic ways to fund but we did not have much choice. We had to do that a couple of times.  Sometimes, when there is delay in repayment and you are told the story of your whole life, and you look at yourself and are sure you are not a fraud or somebody who loves to borrow or owe. That can be very discouraging.

Almost everyone in Nigeria agrees that 2016 was a particularly difficult year; are there any indications that 2017 is going to be better?

Just for the fact that we have survived 2016, there is room for hope that, in some ways, 2017 will be better. Hope must be kept alive whichever way because it’s all about innovation.

What are your other passions; do you still have time for anything else?

I am a very religious person and I have many responsibilities even in my local church. In fact, there are times I work more weekends than I work weekdays.  Of course, I create time for my family and these days I am trying to be more relaxed, smell the coffee and sniff the fresh flowers. I try to find time these days to go to movies, watch a dance drama performance.