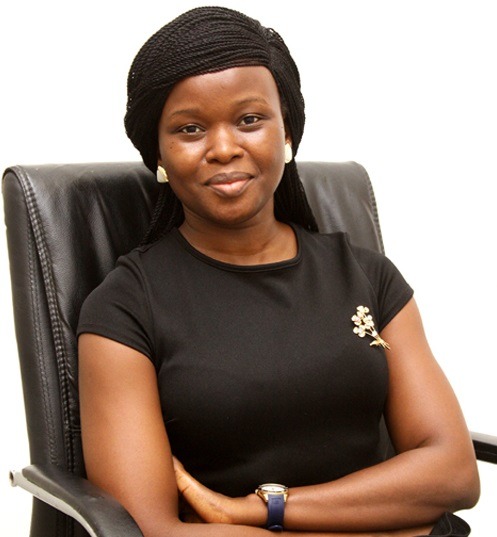 Ms Toyosi Ogunseye, one of Nigeria’s best investigative journalists, was recently appointed the head of West Africa for the British Broadcasting Corporation (BBC).

Ogunseye who has won over 25 awards, including the prestigious Knight International Journalism (the first Nigerian to do so) shares her story…

How did you start, especially since you did not have a journalism background?

I had a friend, Ms Yinka Omage, who was then the Editor of Genevieve Magazine. I was in my second year at the University of Lagos then. I told her that I wanted to write for a newspaper and showed her my journal where I wrote poems, opinions and other articles. She referred me to her friend, Mr. Musa Ebomhiana, who was the News Editor of Sun Newspapers. I left campus one sunny Monday afternoon in search of the Sun office in Apapa, Lagos. I introduced myself to Mr. Ebomhiana; he then asked me what I’d written before, so I showed him my journal. He looked at it and asked me to bring two stories from my campus before Friday. I had about four days to deliver but I got back to him on Wednesday with the stories. He read it and called Mr. Dipo Kehinde, who was the crime editor then. He showed Mr. Kehinde the stories and I was asked if I wrote them myself, I said yes. Mr Ebomhiana stood up and took me to the Daily Editor, Mr. Femi Adesina. That was the beginning of my journalism career.

Why your interest in investigative journalism, the most dangerous genre of journalism?

I didn’t consider it dangerous when I started. I just like to be thorough, so I always went the extra length with my stories. That extra effort helped me to discover more and see what others often missed. And before you knew it, you have a big, investigative story on your hands. I often hear people say that readers don’t like to read lengthy pieces, I disagree. People just don’t like boring stories, whether it’s long or short. I’ve discovered that a large number of people appreciate well-written and researched investigative stories that add value to them.

In what ways has your educational background as a biochemist been helpful in your career path, journalism?

As a biochemist, I studied chemical processes and how they relate to living organisms. I learnt how to probe, use data and conduct proper qualitative and quantitative researches. All these have helped me as a journalist because I apply research tools to my stories. These eliminate errors and give clear, concise results. Research also helps you to be better informed and formulate ways of covering a story. That is a basic requirement for any journalist if you want your readers or audience to appreciate your work.

What inspired your award-wining story, a three-part series linking a steel plant’s fumes to the residents’ ailments at Lagos?

The Chairman of Punch, Mr. Wale Aboderin, gave me the story. His friend wrote to him stating that his wife had cancer and her doctors in Britain said the source was toxic air in their estate. He asked me to investigate the story. I went to the estate and began to discover clues that pointed to something serious. The steel company behind the estate was pumping deadly waste into the atmosphere daily. Residents were always sick, their water was contaminated and their plants were dead or dying. So, I started the investigation and the residents were eager to submit themselves to independent medical tests to show how badly the toxic air had affected their health. Punch provided the resources and extensive tests were carried out on the residents, water and plants. We selected the residents using random sampling; we took water from their taps, boreholes and gutters. We did similar tests on plants. The results were shocking- the residents had over 200 per cent beyond the minimum toxicity recommended by the World Health Organisation (WHO).   After the story was published, the factory was shut down and they had to sign a memorandum of understanding with the estate, promising to stop the pollution while also carrying out remedial measures for the residents and the environment.

You rose through the ranks to become PUNCH’s youngest and first female editor in its 40 years history, what were the factors that aided your career growth and development?

God’s favour and mercy have been with me all through my career. I have also had extremely supportive mentors and bosses who believe in me and put in place structures for me to succeed. I have loving a family and friends, who are my rock. There’s no substitute for hard work and a can-do attitude. I remain focused and determined to always do better.

It was widely speculated that you were “Editor (daily)-in-waiting”, at PUNCH. Is that right and was your departure a surprise to the Management?

I wouldn’t want to speak for the management of Punch. They are the only ones that can accurately answer what their next plan was for me. My departure was a surprise to everyone but I received the blessings of the Punch management before I left.
What were the most difficult challenges you have faced as an investigative journalist?

People are often weary of journalists, they are afraid that they may get persecuted if they give information. Thus, getting accurate information is tough because of this.

As a former lecturer of media ethics at the Nigerian Institute of Journalism, how would you rate Nigerian journalists when it comes to adherence to ethics?

I don’t think I’m in a position to rate the adherence of Nigerian journalists to ethics because I don’t know all of them. There are so many journalists in Nigeria and I don’t like to generalise. I however believe that even though we can do better regarding ethics, Nigerian journalists don’t get enough credit for the great work they do in a difficult environment like ours.

Tell us how has it been heading BBC West Africa since the beginning of this year?

Amazing. I have wonderful bosses and my teams in West Africa and London are energetic, creative and very hardworking. It’s an exciting time for us at the BBC because we are expanding not only in West Africa, but also in other parts of the world. We want to reach new audiences while constantly engaging our loyal audiences in ways that add value to them. Nigeria alone is getting two new services-Igbo and Yoruba on February 19. This means that Nigeria will have four BBC services- Hausa, Pidgin, Yoruba and Igbo. This is huge and it lends credence to the importance of Nigeria to the BBC and the rest of the world. Talking about it alone makes me so excited. There’s something so beautiful about creating content and engaging our audiences in their mother tongues. It shows that we value their customs, traditions and culture.

How did you get the job?

I was among many other journalists who were approached by the BBC World Service. We went through various stages of assessment and thankfully, I was the successful candidate.

What does your new job entail?

As Head of West Africa, my job is to look after the affairs of the BBC in the region. This entails ensuring that the BBC keeps its standards of original journalism that people trust and that our audiences are getting the best value. I manage five language services that serve both Anglophone West Africa and Francophone Africa. They include French (Afrique), Hausa, Pidgin, Igbo and Yoruba services. We want to reach newer and younger audiences, including women. I am also expected to ensure that members of staff are well-motivated.

What mark do you hope to leave?

To build teams that are passionate about authentic, creative and value-added journalism. With the support of my teams, we will deliver independent, objective and original news to meet the needs of our audiences in West Africa. It will be my joy to see that when West Africans wake up in the morning and they are looking for the best, reliable news, they come to the BBC first.

What’s your assessment of the present administration of Muhammadu Buhari?

The BBC will be preparing programmes to analyse the president’s performance at the right time. We will do so in an honest, objective and professional manner.

A brief profile of you on Young African Leaders Initiative, YALI, said you hope one day to be president of Nigeria, is that correct?

Yes please, participating in governance is one of my passions.

Is marriage a regular point of pressure from your family and perhaps, friends?

I come from an understanding family and they don’t pressurise me excessively. My friends talk about it but again, no pressure.

How do you deal with it?

My family and friends truly love me, so when they mention marriage, it’s from a position of care. I tell them to pray along with me.

Being a woman and also of a small frame, you must encountered bullying in the course of carrying out your assignments; how did you deal with it?

My journalism speaks for itself. Size has never stood in my way to delivering powerful and memorable stories. That is what Nigerians and other audiences will always remember me for, not my physical frame. I stand up for myself pretty well. I don’t let bullying slide and in rare cases where I can’t handle it myself, I report to the appropriate authorities.

What tips would you give to young journalists who look forward to be like you in the future?