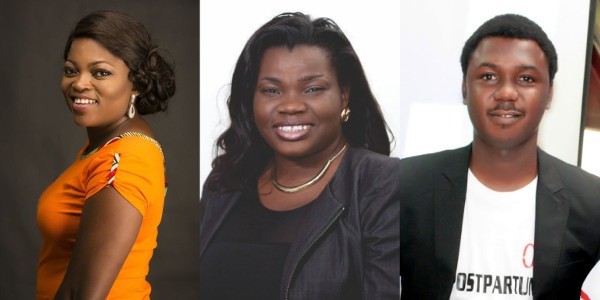 From being a passionate rookie actress seeking movie roles to becoming a renowned award-winning actress, movie director and producer, FunkeAkindele, by her success story, affirms the wisdom of the aphorism ‘do not despise the days of little beginnings’.

Akindele, a lawyer by training, first appeared in a movie in 1997, before she came into the limelight after featuring in the popular United Nations Population Fund (UNFPA) sponsored TV series, I Need to Know, which ran for four years.

Her career in the Nigerian movie industry took a giant leap in 2008 after she starred in a Yoruba comedy flick entitled Jenifa. The movie received four nominations at the Africa Movie Academy Awards that year. Her brilliant interpretation of that role is the reason why as a brand, Akindele is largely still referred to as Jenifa until today. It has become a household name in the Nigerian movie industry. Her versatility as an actress has seen her feature in over a hundred Yoruba and Nollywood movies.  Presently, her comedy TV series, Jenifa’s Diary, which airs on the Nigerian Television Authority (NTA) and Africa Independent Television (AIT) networks, is the delight of her many fans around the country.

Beyond being a celebrity, her enterprising nature and passion to empower young people to develop their God-given talents inspired her foundation, the Jenifa Foundation. Funke’s registered school of drama, Scene One of Drama, which offers training programmes in music, drama, traditional and contemporary dance and etiquette and manners, is a subsidiary of the foundation.

Funke has won several awards, which include the African Movie Academy Award (AMAA) for Best Actress in a Leading Role, Afro Hollywood Award for Best Supporting Actress and Best Movie of the Year for Jenifa, among others.

Describing her by what she does is a very difficult task. MfonEkpo, an astute professional, is a young Nigerian woman who is best described as a Jack of many trades and master of all, going by her soaring profile.

Ekpo is a certified maritime lawyer, professional negotiator/mediator, award winning bestselling author, speaker, life coach, singer and songwriter. She is versatility personified. One wonders just how she manages to do it all!

She is an entrepreneur and ardent advocate of human capital development. She believes that young Nigerians should develop themselves in preparation for leadership responsibility in business, public service, entrepreneurship, politics and governance. Her belief in limitless human capital potential spurred her on to launch Premier Pioneer Network, a platform for training people in the art of public speaking, writing, negotiation and ideas generation and implementation, in 2006. She is also the founder of the Discovery Centre.

Ekpo is a founding partner of the John Maxwell Team and a member of the British Institute of International and Comparative Law and has co-authored two bestsellers with highly respected and renowned experts Robert Allen, Brian Tracy and Leigh Steinberg, amongst others. She currently serves as the Director of Strategy, Director of People, Red Media Africa and the Executive Director of The Future Project.

In 2014, she was among the Nigerian delegates who met with the American President, Barack Obama at the Young African Leaders Initiative training held in Washington D.C. Aside being awarded as the Best in Professional Ethics from the Nigerian Law School, Ekpo is a two-time recipient of the Golden Quill from the National Academy of Bestselling Authors in Hollywood.

Although yet to be recognised a a mainstream profession in our clime, Onyedikachi Ekwerike, a first class graduate from the Lagos State University, life coach and motivational speaker who is presently a principal consultant at Outliers Consulting, is making groundbreaking positive impact through Psychology.

With little known about postpartum depression in Nigeria, Ekwerike is on a quest to create awareness and provide support for mothers suffering from the condition and their families.

In 2015, he led the very first ever postpartum depression awareness and support programme in Nigeria at Randle General Hospital, Lagos, under the sponsorship of Mothercare Nigeria and has since then taken the programme to a number of other hospitals in the state.

His work with Outliers Consulting on postpartum depression among mothers in Nigeria has received international recognition and has featured on Postpartum Progress, a UK-based blog; the most widely read postpartum blog in the world. Consequently, he was appointed Nigeria Coordinator for Postpartum Support International by a US-based organisation concerned with maternal mental health.

Ekwerike has won several awards for his academic excellence. His dream is to take the postpartum depression’s awareness programme nationwide and also to reach out to other African countries. His research into how to help save the lives of mothers suffering from and pregnant women who might suffer from postpartum depression in Nigeria remains a landmark achievement.