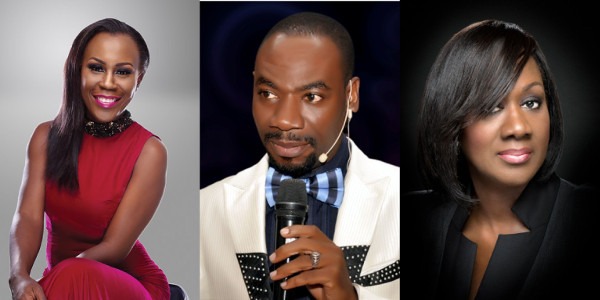 Her name resonates in the hearts of young Nigerian ladies and womenfolk, and not necessarily because she is a lawyer nor because she is the wife of a popular motivational speaker, Fela Durotoye.

Tara’s ability to see into the future ensures she has carved a niche for her amongst other trailblazers in Nigeria. She started a makeup business while an undergraduate in the Faculty of Law, Lagos State University. She then chose to pursue a career in the makeup and beauty industry, when practicing law would have been seen as a more prestigious calling.

Tara’s rise from a student makeup artist to renowned pioneer in the beauty and makeup industry in Nigeria and Africa is impressive. When no one would have thought the makeup business could be a lucrative one in Nigeria, she gave it her all and made a point that makeup could be a noble profession that can also pay the bills.  As part of this impressive trajectory, Tara launched the very first bridal directory in 1999, has established makeup studios of international standards and established the first makeup school in Nigeria, in 2004.

For enterprising Tara, beyond being a dexterous, famous and successful makeup artist, part of her vision is to create a business model that impacts the women folk and empowers them economically. Today, her company, House of Tara, is a household name with franchises across the country and beyond the borders of Nigeria, with a presence in other African countries like, Benin, Ghana and Senegal.

Mrs. Fela-Durotoye has also won several awards, including, the Africa SMME Award in 2007 and the Entrepreneur Award in South Africa in 2013. She has been recognized by Forbes magazine as one of “The 20 Young Power Women In Africa”. The World Economic Forum also named her as a Young Global Leader.

Of course, for following her passion, Tara has earned herself laurels as an amazon and a role model whose story inspires other young ladies and the womenfolk in Nigeria and beyond.

He is fondly called Ordinary Ahmed Isah, the voice of the voiceless. He is the brains and voice behind the Brekete Family reality radio & television talk magazine programme, which airs on 104.5 Crowther Love FM.  Isah is also known for his unique “hembelembe! Olololo!” slogan.

Ordinary Ahmed certainly experienced poverty, growing up. It is not surprising he is now busy committing his hard-earned resources, energy and time to giving hope to the poor, putting smiles on the faces of the destitute and advocating justice for the downtrodden in society.

His passion and dream for a better Nigeria where all citizens are fairly treated and catered for spurred him to launch the Brekete Family reality radio & television talkshow magazine in 2009, and which now serves as a platform for reaching out to the masses, garnering support for them and holding the relevant authorities up to their responsibilities of catering to the welfare of the masses.

Without doubt, the Brekete Family programme stands out amongst other radio talk shows. It enjoys a large followership amongst Nigerians at home and abroad, especially for the high-profile individual and corporate humanitarian cases it investigates and advocates for in a transparent manner.

Likening Ordinary Ahmed to Mahatma Gandhi or Rev. Martin Luther King Jnr, would certainly not be misplaced. He is a self-effacing and charismatic leader who shares credit with his Brekete Family crew members; a fearless human rights activist and also a detribalized and kind humanitarian who has a large heart enough to accommodate the masses, irrespective of their religious, social or political leanings. Ordinary Ahmed is also a disciplinarian who loathes indolence, corruption and oppression of the poor.

His humanitarian services has won him awards and earned him an honourary doctorate degree in Public Administration from a notable university, while his social acceptance permeates all levels of the Nigerian society.  The Thespian’s stated dream to see Brekete family as the single largest and united radio and television family, with its members spread across Nigeria and the Diaspora shows Ordinary Ahmed’s love for a one united and indivisible Nigeria.

She might be viewed as one of the few fortunate Nigerians born with a silver spoon but her versatility as a woman clearly inspire other young women to stand out in whatever area of endeavour they find themselves. She is a financial expert, an entrepreneur, a writer and also a certified piano teacher.

Although she studied abroad, Nimi returned to Nigeria for her National Youth Service Corps (NYSC) programme. For over two decades thereafter, she had a successful career in Nigeria’s banking sector. At Stanbic IBTC Bank Plc, she rose to the position of General Manager and Head, Private Banking, with responsibility for the bank’s private client business. She was also Director of Stanbic IBTC Asset Management Limited. And for two years she worked at Barclays Bank as Regional Director (West Africa) Wealth & Investment Management Bank.

Akinkugbe, a practical financial expert per excellence, has a passion for enlightening and educating people to improve their financial lives. This is indeed a calling which she dearly cherishes. The realization that the low level of financial literacy in our society is a major reason why many people grow up with bad financial habits inspired her to establish Bestman Game Limited, which is the distributor of customized editions of Hasbro’s iconic Monopoly Board game for 48 African countries. The City of Lagos Edition of Monopoly, the first African city edition of the game, was launched in December 2012. A special commemorative edition of Monopoly, the Nigerian Centenary, was also launched in February 2014.

Nimi is a member of the Artistes Committee of the Musical Society of Nigeria (MUSON); she is also on the executive council of the Women in Management, Business and Public Service (WIMBIZ) organization. Indeed, Akinkugbe stands tall amongst other successful women in Nigeria whose stories inspire all in our society, especially the womenfolk.