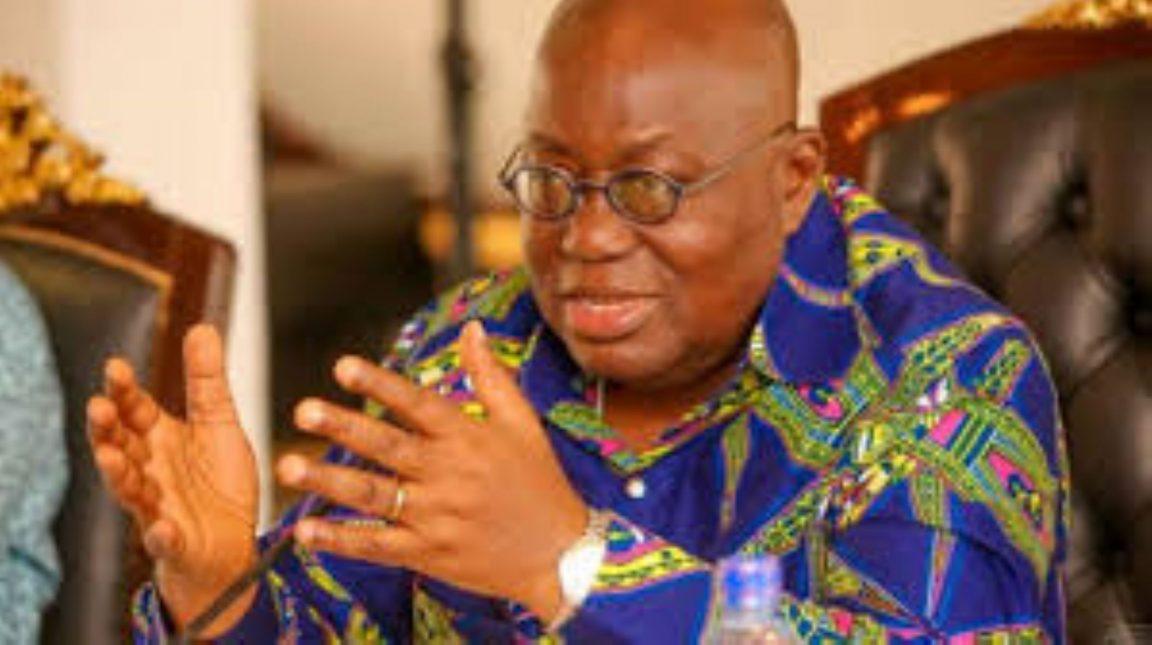 Not so long ago, he was the poster boy of what looked like an African renaissance.

Ghana’s President Akufo-Addo didn’t only know what to say, he also knew when and how.

Barely one year after Akufo-Addo was inaugurated, he was on the big stage.

He was the first African leader to address the National Governors Association (NGA), a cross-party platform of all 50 governors of the United States of America.

At that meeting, he laid out his plans and dream to consolidate Ghana’s record as Africa’s gateway and the beginner’s paradise.

The same year, he was also at the Concordia Annual Summit, a New York yearly redoubt of the world’s most prominent business, government and non-profit leaders.

At the summit, he shared a vision of an endowed and ready-for-business Africa and also of a “Ghana-beyond aid”.

He met with Chinese President Xi Jinping and told him of Ghana’s plan to launch a 100-year $50billion bond that would pull his country out of stagnation and poverty, into progress and prosperity.

As if to prove it, in 2019, Ghana raised $3billion in Eurobonds and outperformed its order book by $21billion.

Akufo-Addo took the boom message to London and Davos, the icy haunt of the world’s great and mighty.

He was the first African leader to address the National Governors Association (NGA), a cross-party platform of all 50 governors of the United States of America

But before that, you should have watched his video when French President Emmanuel Macron visited Ghana in 2017.

In a speech that raked up 3.4m YouTube views in viral hits and left Macron who was standing beside him in speechless awe, Akufo-Addo admonished Africa for its dependency.

European taxpayers, he said, should not forever bear the burden of the continent’s misery.

Africa has come of age.

The continent ought to be able to pull itself up by its own bootstraps and Ghana, under him, would show the way.

You couldn’t listen to Akufo-Addo and not enjoy the music in his delivery.

At the height of COVID-19, when most of the continent’s powerhouses – South Africa and Nigeria – seemed to lose their way, Akufo-Addo’s Ghana was exemplary.

On a continent with some of the direst post-COVID-19 forecasts and equally dire forecasts for commodity prices, Ghana seemed like fresh air for business.

In what was seen more in neighbouring Nigeria as a slap rather than an endorsement, global giants like Twitter, Hyundai, Kia and Toyota set up major offices in Ghana and praised the country for its stability and ease of doing business.

Disaffection with Akufo-Addo has boiled over, spilling onto the streets on November 4, with more than 1,000 placard-wielding protesters calling on him to step down

It looked like the continent’s leaders could use Akufo-Addo’s Master Class.

That doesn’t appear to be the case anymore.

In what might end up as one of the most unlikely political tragedies of Africa’s recent history, Akufo-Addo’s legacy is unravelling and it’s unlikely that he might be able to stitch it together again before his tenure expires in two years’ time.

“When we voted for him about six years ago,” said the Editor of The Chronicle, an independent Ghanaian newspaper, Emmanuel Akli, “our hopes were very high that he would deliver. We expected overall stabilisation of the economy and the local currency. Now, we’re in a very difficult place. We didn’t expect this.”

Disaffection with Akufo-Addo has boiled over, spilling onto the streets on November 4, with more than 1,000 placard-wielding protesters calling on him to step down.

The protesters are also asking the government to say “No” to an IMF bailout and to discontinue ongoing talks with the Fund for a relief package.

The boiling streets are just one of the battlefronts.

Opposition lawmakers of the National Democratic Congress (NDC) have also laid a siege to the government in Parliament where they are expected to press a motion of censure for the resignation of the Finance Minister, Ken Ofori-Atta, on November 17.

When did the honeymoon end and how did Akufo-Addo lose his way?

How did a president who spoke so passionately against dependency, structural or voluntary, suddenly find himself on the verge of swallowing his own vomit?

In an article on November 2, Bloomberg traced the problem to the binge that followed the export of oil in Ghana in 2010.

After failing to learn lessons from the bitter years of wild price swings in its major export commodities, especially cocoa and gold, and also turning a blind eye to the misery that oil brought on its neighbour, Nigeria, Ghana is doomed by its own mistake.

According to the Bloomberg report, with the discovery of oil the country’s GDP leaped by almost 14 percent, with impressive single-digit year-on-year performance.

With the country floating on oil money, however, came the temptation to spend and borrow and spend.

This vicious cycle was not created by Akufo-Addo’s government.

And like in many parts of the world, the headwinds from COVID-19 and the Russia-Ukraine war have upended economies and retarded growth.

But Akufo-Addo’s splurge also did little to curtail matters.

Consumer inflation was 37 percent as of September, a 21-year record despite belated efforts to tackle it.

The country’s currency, the cedi, is one of the region’s worst performing, with a depreciation of more than 55 percent between January and October this year.

“The price of bread has gone up by over 100 percent this year alone,” Akli told me from Accra. “One gallon of petrol is about 81cedi or $6.22 (N2,675 per gallon or about N668 per litre). The price of petrol drives everything. Things are terrible and everybody is feeling it.”

If the rib-cracking memes on the thread of the President’s message are a measure of what Ghanaians think of him, then today’s Akufo-Addo needs to retrieve his head from the clouds and rediscover the common touch of the poster boy

To mitigate the impact, the country’s labour unions demanded and received a 20 per cent increase in the Cost-of-Living Allowance (COLA) two months ago, the first such adjustment in six years, which came on top of the annual adjustment in public sector salaries to reflect the cost-of-living index.

Yet, angry voters cannot quickly forget that they are also partly responsible for their current misery.

One of the major reasons they voted the ruling New Patriotic Party (NPP) for a second term was because they feared that NDC would scrap the free senior high school tuition, a clearly unsustainable programme.

Maintaining that programme, along with other pork-barrel projects such as subsidising private power producers and failing banks, cost over $3billion at a time when the government could hardly find money.

But a desperate public is looking elsewhere for scapegoats and their representatives in parliament are determined to serve the head of the Finance Minister on a platter.

Not only have they accused him of misleading the country into excessive borrowing, they have also accused him of using Databank Group, a company in which he has interest, to broker the loans.

The Minister’s response that Databank’s involvement in such transactions for Ghana preceded his involvement in Akufo-Addo’s government appears to have fallen on deaf ears.

Yet, even if parliament succeeds in sacking Ofori-Atta, which is unlikely, it is doubtful if his execution will a) stop things from getting worse before they get better or b) stop the government from taking the IMF bailout, with its attendant stringency.

While the storm gathers, Akufo-Addo appears upbeat. On the sidelines of COP27 in Sharm el-Sheikh, Egypt, he tweeted on November 8, “My government is happy to announce that Ghana is about to launch projects in these areas, which will tackle, at the same time, climate change at global and domestic levels, and social issues, by providing people with dignified and sustainable jobs.”

He didn’t say where the money for the “projects” would come from or how his plan might change the price of bread for protesters on the streets of Accra.

If the rib-cracking memes on the thread of the President’s message are a measure of what Ghanaians think of him, then today’s Akufo-Addo needs to retrieve his head from the clouds and rediscover the common touch of the poster boy.

Not an easy task in two years.