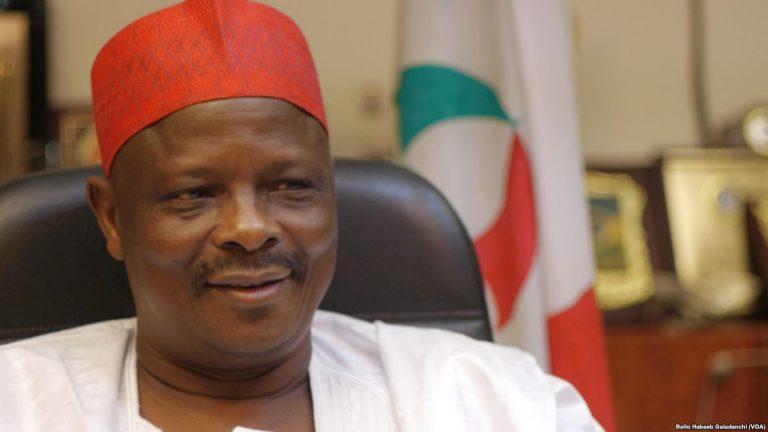 Kwankwaso said this at the 3rd Rabiu Musa Kwankwaso Colloquium organised by the Kwankwasiyya Development Foundation to mark his 66th birthday on Monday in Abuja.

The former governor of Kano State described education as the best investment politicians can made in the people,saying he had always invested in education and human development because of their impact on people’s lives.

Kwankwaso, who said that he had always gave himself target on what to do for humanity, said that more than 3,000 students benefited from his scholarship programmes from 2011 to 2015 when he served as the state governor.

He said that created the foundation as a pay back to the people for their massive support for during elections in Kano State.
“When we advertised in 2019, believing that there are few people with first class because in our first scholarship we said anybody with first class, we exhausted all in Kano. Second class upper, we exhausted them.
“We were on second class lower when I left government in 2015 and that’s why we have over 3,000 of them in 14 countries across the world on scholarship,” he said.

Kwankwaso said that Nigerians across the states of the federation benefited from the scholarship because it was opened to all persons resident in Kano, irrespective of their states of origin.

“For the foreign, scholarship when we advertised we have over 400 who applied for the first class in Kano.

“Before you know it, we screened and screened and we came up with 370. I am so happy they have all graduated. They are all back to Nigeria, some in the various countries,” he said.

Kwankwaso said he was also happy that some of the beneficiaries were students of private universities in Nigeria including 148 students of Mewar International University in Karu Local Government in Nasarawa State.

“We chose four students (two boys and two girls) in each of the 36 states and Abuja and gave them scholarships to the university.

“We will continue to do whatever we can as individuals and as groups, as Kwankwasiyya and as members of the NNPP and other well wishers for the good of this country,” the NNPP presidential candidate said.

Kwankwaso who commended his friends and associates for supporting the foundation, said he had to dispose off some of his possession which were not very useful to support the scholarship.

The News Agency of Nigeria (NAN) reports that the keynote speaker and panelists at occasion commended the leadership style of Kwankwaso, saying Nigeria needed persons of his character to lead the nation in 2023.

The Head of Political Science department, University of Abuja, Associate Professor Sherif Ghali, who delivered the keynote address, said Nigeria needed a president like Kwankwaso in 2023 to lead it to the path of recovery.

Ghali delivering a paper titled “Leadership and Good Governance in Nigeria: The Legacy of Dr Rabiu Musa Kwankwaso” said that Kwankwaso possessed the requisite qualities to restore Nigeria past glory, recover the economy and give every Nigerian what he deserved.

He listed some of the quality in Kwankwaso to include humility, justice, care for the less privileged, good governance, good representation for all, among others.

“Kwankwaso understands that you can govern the people regardless of their religion and you will be just to them. He believes in the absence of manipulation of religion in governance. This is one of the views about the legendary, Dr Kwankwaso.

“Kwankwaso believes in democratic process devoid of violence, rigging or castigation. He’s a mass oriented man who believes in the rule of law in all the positions he has held. He believes people should be govern according to values and virtues,” he said.

A panelist, Prof. Samson Adeniyi of Department of Political Science, University of Abuja, said Kwankwaso’s legacies were very visible for Nigerians to see.
Adeniyi said that Kwankwaso has the capacity to lead Nigeria out of its current woos.

He said that Kwankwaso’s legacies cut across all sector including economy, social security, education, health, infrastructure and security.

He said that on economy, Kwankwaso raised the state internally generated revenue from N400 million to billions of naira monthly, blocked revenue linkages in the state, as well empowered thousands of youths and women in the state.

“In society justice, Kwankwaso stands exactly for trust in government, fairness, justice, equality, no to corruption, and mismanagement of resources, no deception, job creation for the teeming population.

“Development of education, and especially for the youth. This is what Kwankwaso stand for.

“He was able to establish two state university in which one of it was changed to North West University, while several youths were sent abroad to study,” Adeniyi said.

Enwere said that Kwankwaso would deliver Nigerians from such internal colonialism and lack of foresight, if given the mandate in 2023.

Highlights of the occasion were testimonies by representatives of over 3,000 beneficiaries of Kwankwaso scholarship in 14 countries.