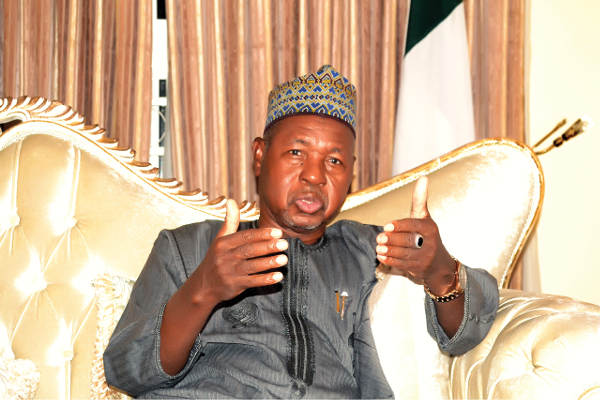 Katsina State Government, in collaboration with UNICEF, has announced plans to abolish corporal punishment in all schools across the state.

Alhaji Lawal Buhari-Daura, the Chairman, Katsina State Universal Basic Education Board (SUBEB), disclosed this at a sensitisation meeting on Thursday in Katsina.

The meeting was organised by the SUBEB, in collaboration with the UNICEF, on ending corporal punishment in schools across the state.

“Henceforth, any principal or teacher found administering corporal punishment on students and pupils will be dealt with,” Lawal-Daura said.

He explained that this was part of measures to reduce the number of students abandoning their studies.

The SUBEB chairman said the meeting for stakeholders in the education sector, including select students from across various schools in the area, came at the right time.

He said that corporal punishment had posed a great challenge for several years, adding that the measure, used for correcting erring students, contributed immensely to the rise in the number of children who abandoned school in protest.

In his remarks, the State Coordinator of the Teachers Registration Council (TRC), Alhaji Lawal Galadanchi, noted that studies on the prevalence of school violence against children worsened school attendance.

He explained that such acts also lowered reading ability and safety when children travelled to schools and returned.

“These findings have a huge implication on the education system in Nigeria and achievement of the Sustainable Development Goals (SDGs).

“Corporal punishment as commonly used in the school setting is the use of force on individual learners to inflict pain on them for correcting misconduct.

“The perpetrators are usually school leaders, teachers, matrons, bullies and the victims are usually the learners.

“This is against the dictates of teachers’ code of conduct,” he said.