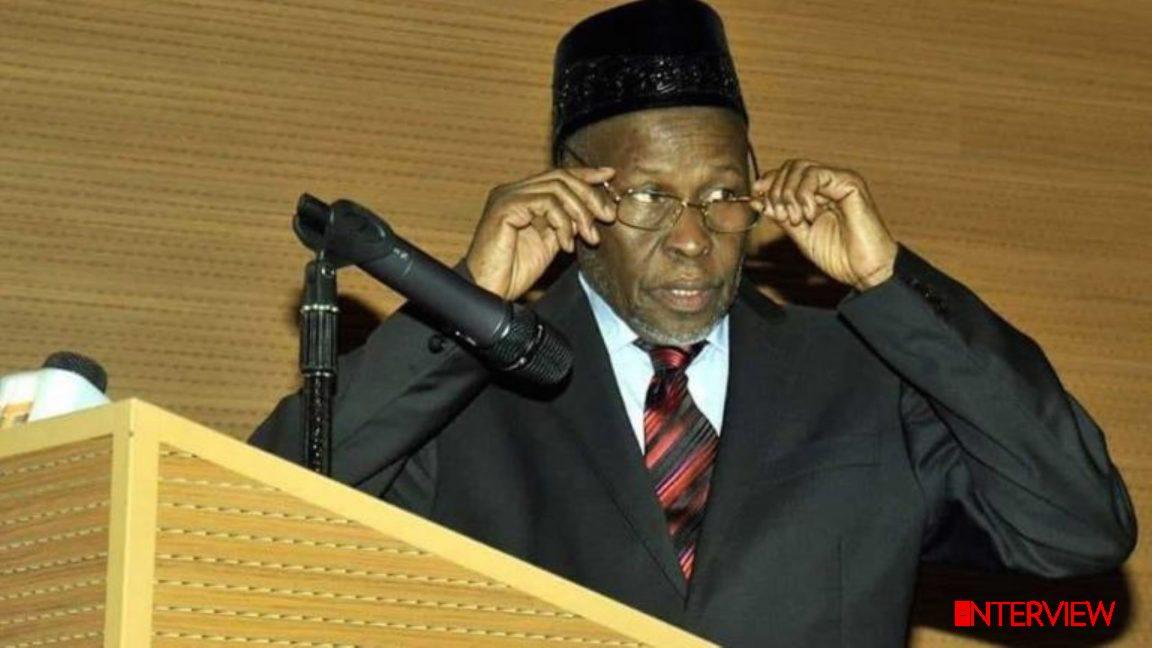 When I first read the news in People’s Gazette through a link forwarded to me by a friend, I prayed that it would not be true.

My prayer was in spite of the evidence to the contrary provided in watermarked documents by the news platform.

The letter read like the demand of unionised shop floor factory workers to their mean, grasping bosses upstairs.

Except that even such correspondences occasionally contain a hint of shared Marxian humour.

This one was different.

It had no place at all for humour.

It was from the most rarified recesses of Nigeria’s judiciary: a letter by 14 out of the 17 justices of the Supreme Court calling out the Chief Justice of the Federation Ibrahim Tanko Muhammad, a jurist with decades of experience on the Bench.

In parliamentary language, it was a vote of no confidence. A mutiny.

After dispensing with a line or two of courtesy, the long letter wasted no time in making its case, even though the authors said they were doing so with a heavy heart and hoped the matter would not go public.

The jurists, each of whom would have spent at least 20 years before appointment to the Supreme Court, said they had just as much stake in the country as other citizens and wondered why they were being shortchanged, in spite of their sacrifices.

They have been forced to dance naked, they said, because nothing short of that radical step could redeem a potentially catastrophic situation.

How could justices of the Supreme Court be using “refurbished” or “sub-standard” vehicles, derisively called Tokunbo?

Why must they scavenge for training and even when they finally get the chance, be consigned to places of dubious relevance, whereas when His Lordship travels he goes with a retinue of personal staff and chooses any number of his 23 or more children to be in his company?

They even recalled that the Chief Registrar had recently informed them that electricity would only be supplied to the courts between 8am and 4pm, which means that outside these hours, they would, like the rest of us, be on their own

I was relieved that the petitioners did not update the petition by mentioning the names of two of His Lordship’s sons who could, in fact, consolidate his Lordship’s juridical hegemony if they win next year’s election as candidates of the two major political parties to represent Bauchi in the National Assembly.

But they were not done.

Why, the 14 justices asked, do they have to scrounge for money to pay electricity and health bills, recharge their internet data and buy diesel and petrol for their generators at home and in the office?

They even recalled that the Chief Registrar had recently informed them that electricity would only be supplied to the courts between 8am and 4pm, which means that outside these hours, they would, like the rest of us, be on their own.

Why, in spite of being overworked and underpaid, even in better times, is their misery being compounded under His Lordship who appears to want them to work with bare hands?

Why hasn’t he lifted a finger three months after he “reluctantly” met with them over these matters on March 23? And fundamentally, what has happened to the Judiciary’s budget on the watch of His Lordship?

Faced with a rebellion not remotely comparable with what Chief Justice Muhammadu Uwais faced when his brother Justice Salihu Alfa Belgore was tussling for his chair, His Lordship Tanko, has flatly and publicly denied any wrongdoing.

He has, instead, blamed it all on the economy, not to mention the impatience and inability of his brother justices to read the signs of the times.

In the extraordinary back-and-forth, the devil is in the details.

We just might be able to get some clarity by following, if not the devil, at least his footprints – which is to say, the money.

For many years, the judiciary has been demanding financial autonomy, a system which allows that branch of government to control and manage its own budget.

After a prolonged wrestling match, the (Federal) Executive branch conceded but, working hand-in-glove with the Legislature, did so in a cynical manner.

Instead of providing details, line-by-line, as is the case with other items in the annual budget, the Executive has been using undisclosed estimates from the Judiciary (read the office of the Chief Justice), to appropriate a bulk sum which the Legislature simply rubber stamps.

For three years, between 2018 and 2021, for example, a fixed lump sum of N110 billion was budgeted each year for the Federal judiciary.

The sum was disbursed with zero details about what the money was meant for or how it was expected to be used.

So, when His Lordship in his response complained about the effect of inflation, he was right. That money in 2018 is not what it is today.

But when his brother justices complained of not knowing what was happening to the money, they were also right.

The inconvenient truth is that the money is somewhere in between, stashed under a system that mischievously hides the details for the benefit of a few.

If there was a line-item budget showing what was appropriated, budgeted and released outside the direct control of the Chief Justice, His Lordship would not need the guile of Eneke, the bird, to explain what happened to the money.

His brother justices would also know why they have been constrained to work in conditions similar to those in George Orwell’s Animal Farm.

A national newspaper, PUNCH, has written twice to the office of the Chief Justice, under the Freedom of Information Act to demand details of the Judiciary’s budget, without a reply.

If there was a transparent budgeting process, His Lordship’s brother justices would have known why instead of 21 justices statutorily required for a full court, the Supreme Court currently down to 15 justices, would have only five justices to sit on a mountain of cases spilling into 2024 on the excuse of poor funding, while exposing the court to allegations of bribes-for-early-dates.

And those on the Bench or outside who are as concerned about financial transparency as they are about equity and fairness would have been able to know, also, why all five of the heads of the other judicial branches – Courts of Appeal, Industrial Court, Federal High Court, FCT High Court, and the Code of Conduct – are from a section of the country.

The displeasure is deeper.

The Chief Justice is first among equals.

Unfortunately – and this has nothing to do with His Lordship – the system has created an obscene gap in official entitlements between a sitting Chief Justice and his brother justices.

For example, when a Chief Justice retires, he or she receives a house in Abuja valued at N1 billion, among other parting gifts, which also includes a significant lump sum cash payment.

The other justices are on their own.

There are, in fact, the cases of at least two retired judges in a state judiciary fighting in court for their pensions.

As a desperate, despicable act of self-survival, some courts are following the money by prioritising political cases.

It is obviously out of panic that the angry justices whose salaries, like those of other Federal judges, which I am told have not been reviewed in the last 15 years and who are at various stages near the end of their career, have resorted to this extraordinary means to air their grievances.

But it’s even deeper.

Why did the justices use a method they knew would be public? They know the system.

They have, through their acts of omissions and commissions, been responsible for creating and nurturing the monster.

The angry justices wrote a letter they knew would go public because His Lordship appoints 14 out of the 24 members the National Judicial Commission (NJC), the only body statutorily charged with the responsibility for investigating complaints against sitting judges.

The Chief Justice is the Chairman of the commission.

Reporting His Lordship to the NJC would have been like taking him to his own court.

But a vetting process which prioritises politics over quality of work, depth and sagacity of jurisprudence, would only produce judges who, during screenings, will confuse legal technicalities with aeronautics

It’s no surprise that the Rules of Court, meant to speed up court proceedings, is still stranded in the office of His Lordship three years after it was submitted for review.

It would seem, in hindsight, that this is not the financial autonomy that supporters of the idea wished for.

They did not want financial autonomy that would conceal the details of the budget or one that would make the overall head of the judicial branch the contract-awarder-in-chief, accountable only to themselves.

But the row, like most dark clouds, has its silver lining.

It should be a moment not only to address grievances about pay and entitlements with greater transparency but one to also review the process of the appointment of judges and the condition of the courts, which are infinitely worse in the states.

It should be a moment of reflection.

There are still judges in the system committed to hard, diligent and honest work. They deserve praise.

But a vetting process which prioritises politics over quality of work, depth and sagacity of jurisprudence, would only produce judges who, during screenings, will confuse legal technicalities with aeronautics.

The current system is broken.

It is a disincentive to hard work and honesty. But the current mess, if it’s not wasted, could also be a good start at redemption.