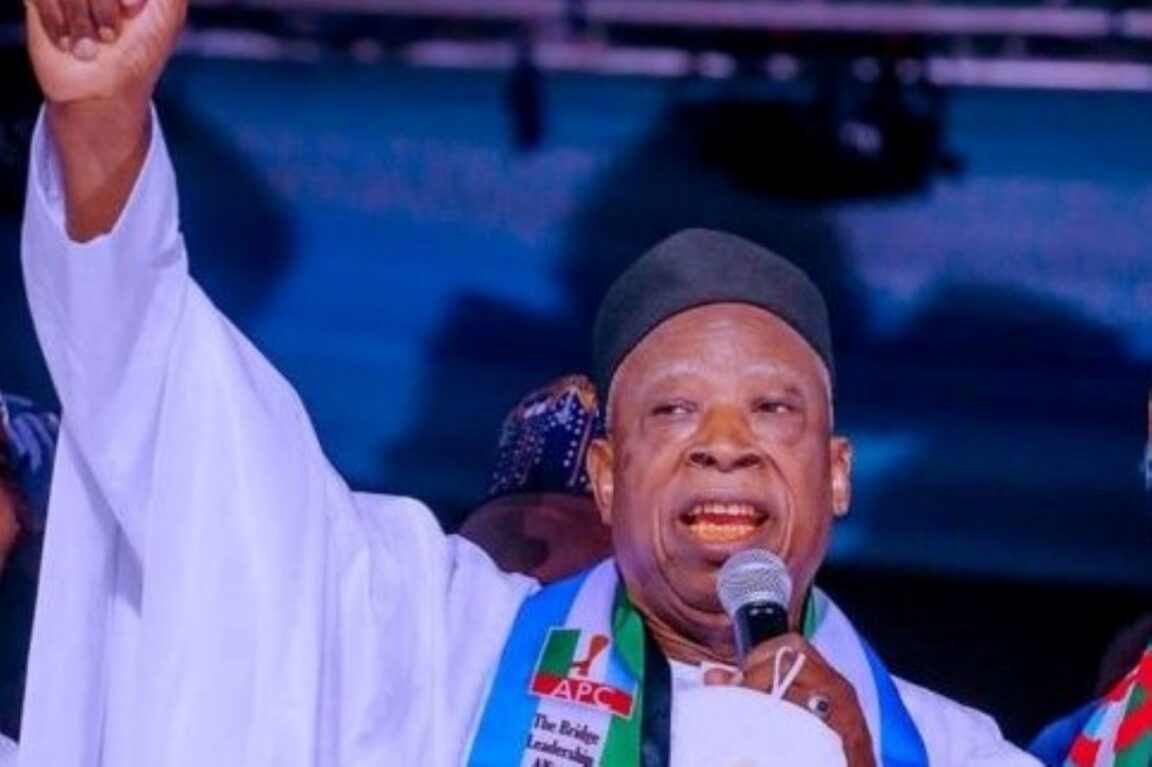 The chairman and the NWC members were elected at the March 26 national convention of the party held in Abuja.

Governor Abudullahi Sule of Nasarawa State and some critical stakeholders of the APC accompanied Adamu to the party’s national secretariat in Abuja for the ceremony.

Also on the entourage was Governor Mai Mala Buni of Yobe who was the Chairman, APC Caretaker and Extra-ordinary Convention Planning Committee (CECPC) who managed the party until the national convention held.

Buni, while handing over the party’s affairs to Adamu through a symbolic handover of its flag, said the task ahead was enormous, especially with the approach of the 2023 general elections.

Adamu, who represented Nasarawa West in the Senate until his election as party chairman on March 26, assured that the new leadership would work with the Federal Government to address the country’s challenges.

Speaking on Monday’s terrorists attack on the Abuja-Kaduna train service, Adamu said government was paying attention on acts of terrorism.

“As a party, we condole with families that lost their loved ones in that attack even as there is no official pronouncement on the number of the dead.

“We will not stop there; we will support the Federal Government to see how we can end acts of terrorism in the country; we are not going to rest until the situation is arrested.

“We will stand with government and we will support it.

“We have to face the situation with more hands on deck; we will support the government in any way we can; this will not be left to the military entirely,’’ he assured.

Adamu added that while those perpetrating acts of terrorism in the country were working with the devil, “we will continue to work with God to arrest the situation.’’

He expressed appreciation of the country’s military for its efforts so far at fighting acts of terrorism.

NAN reports that Adamu emerged as APC National Chairman at the party’s March 26 national convention through a consensus arrangement after six other aspirants stepped down for him.

Those who stepped down for Adamu were Malam Saliu Mustapha, Sen. George Akume, the Minister of Special Duties and Inter-Governmental Affairs, and Sen. Sani Musa.

This followed an earlier request by President Muhammad Buhari that a consensus candidate should be picked to ensure a peaceful and rancour-free national convention.