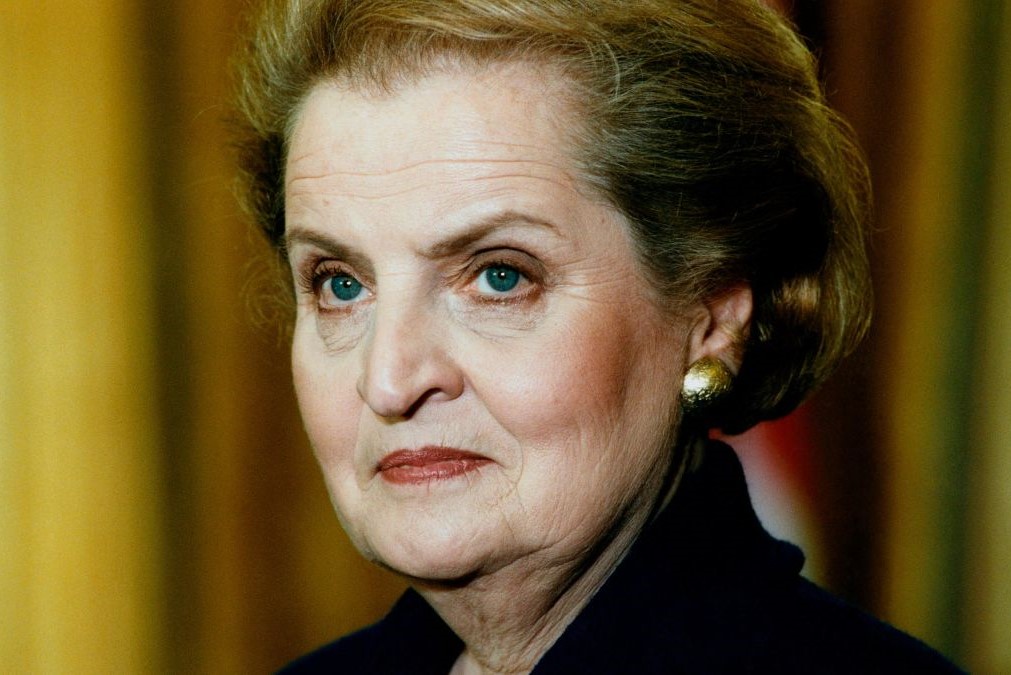 Madeleine Albright, a Czech immigrant who went on to become the first female secretary of state in US history, has died aged 84.

Often hailed as “a champion of democracy”, Albright was instrumental in efforts to end ethnic cleansing in Kosovo.

Her death from cancer was confirmed by her family in a statement.

“She was surrounded by family and friends,” the statement said. “We lost a loving mother, grandmother, sister, aunt and friend.”

Among those to pay tribute to her after the announcement of her death were former President Bill Clinton and Hillary Clinton, who later followed in her footsteps as Secretary of State.

“Few leaders have been so perfectly suited for the times in which they served,” the Clintons said. “Because she knew first-hand that America’s policy decisions had the power to make a difference in people’s lives around the world, she saw her jobs as both an obligation and an opportunity.”

Nato’s current Secretary General, Jens Stoltenberg, said after the announcement that Albright “was a force for freedom” and an “outspoken champion of Nato”.

Former US President George W Bush said that Albright “understood first-hand the importance of free societies for peace in our world”.

UK Foreign Secretary Liz Truss tweeted that the world “needs to stand by” Albright’s values “more than ever”.

Born Marie Jana Korbelova in Prague in 1937 – in what was then Czechoslovakia – Albright was the daughter of a Czechoslovak diplomat who was forced into exile after the occupation of his country by Nazi Germany in 1939.

She moved to the United States in 1948, the same year her family applied for political asylum, arguing that they were unable to return home as opponents of their country’s communist regime. She became a US citizen in 1957.

Albright went on to work at the White House during the Jimmy Carter administration and later as foreign policy adviser to a number of vice-presidential and presidential candidates.

Soon after Bill Clinton was inaugurated in 1993, Albright was appointed ambassador to the United Nations – her first diplomatic posting.

In 1997, she became secretary of state, overcoming opposition from what some later termed the “anything but Albright” faction of the White House.

She became most famous during this time for her efforts to push the Clinton administration to intervene to stop ethnic cleansing in Kosovo being carried out by the Serbian regime of Slobodan Milosevic.

“I take full responsibility… for believing it was essential for us not to stand by and watch what Milosevic was planning to do,” she said at the time. “We cannot watch crimes against humanity.”

Kosovo eventually declared its independence from Serbia in 2008, nine years after the allied intervention.

Its President, Vjosa Osmani, said on Wednesday the country had lost an “invaluable friend”, adding that Albright’s “contribution to our freedom and democracy will never be forgotten”.

In 2012, then-President Barack Obama awarded her the Presidential Medal of Freedom – the highest award available to a civilian – for her work in the Balkans. Paying tribute on Wednesday, Mr Obama lauded her “trailblazing career”.

Just a month ago, on the eve of the invasion of Ukraine, Albright stepped back into the public spotlight with a New York Times editorial taking aim at Russian President Vladimir Putin, whom she first met soon after he took office in 2000.

“Ukraine is entitled to its sovereignty, no matter who its neighbours happen to be. In the modern era, great countries accept that, and so must Mr Putin,” she wrote. “This is the message undergirding recent Western diplomacy.

“It defines the difference between a world governed by the rule of law and one answerable to no rules at all.”