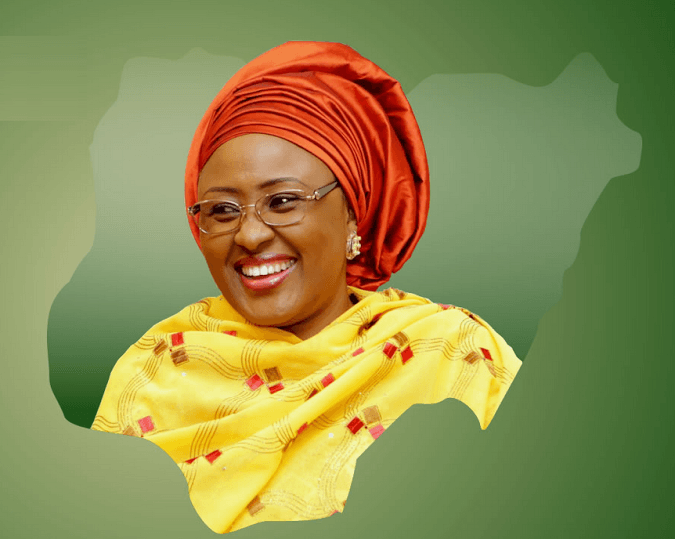 Wife of the President and First Lady of Nigeria, Mrs. Aisha Buhari took to her twitter to tell Nigerians that her daughter who just returned from the UK is in self-isolation.
168
SHARES
ShareTweetShare
ShareRepostPinterest

First Lady Aisha Buhari, on Wednesday visited the both Chambers of the National Assembly to advance her support for increased gender parity and women participation in politics.

Buhari who led her aides and other female Ministers to the Senate Chambers, said, she was there to observe proceedings on the laying of the report of the 1999 Constitution Review.

“I am here to witness the laying of a report on the amendment of 1999 constitution which provides a bill for an act to alter the provisions for the constitution to provide special seat for women in the National and state Houses of Assembly.

“It also provides for an act for affirmative action for women in political party administration,” she said.

While commending the efforts of both chambers of the National in supporting the course of women`s participation in politics, the first lady, said, she looked forward to witness progress on the bill.

The first lady was accompanied to the National Assembly by the Minister of Women Affairs, Minister of Finance, Zainab Ahmed.

This is the first time a serving first lady of Nigeria will witness the plenary seasons of both Senate and House of Representatives.