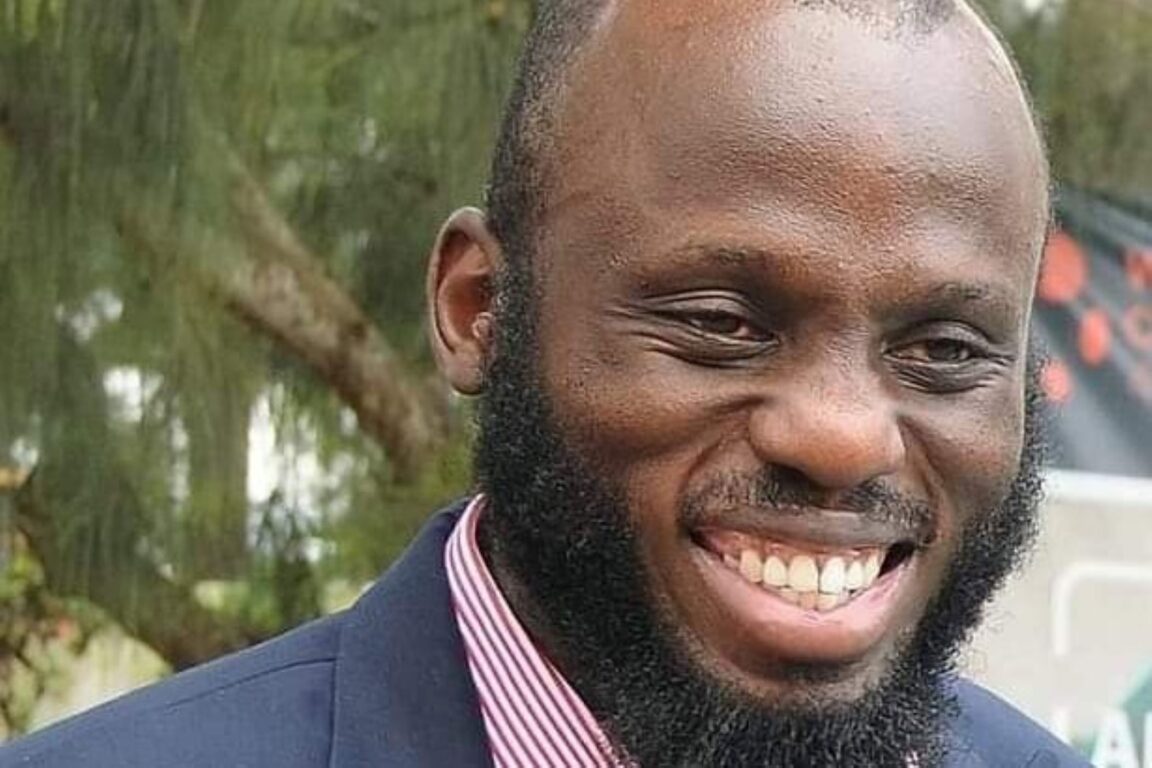 There is a young man in Nigeria who is all about his father’s thriving business.

His father has decided to set up a seat of nepotism right by himself, for his son – whatever anyone thinks.

Governor Akeredolu is misusing power by naming his son as the Director-General of Performance and Project Implementation Monitoring Unit, PPMIU, in the Ondo State Government.

Akeredolu Junior is a well-educated son, who studied in the United States and Canada to qualify as an engineer.

But he is in the limelight not for his education, but as a beneficiary of nepotism.

According to his LinkedIn profile, the young Akeredolu has had four years of work experience in total after college, with no clear indication of consistent employment or a clear career direction.

We will come back to that, because the real issue is not his qualification.

The crux of the matter is the vacuous action of the governor.

Until now, my impression of Governor Akeredolu is that of someone with class and refinement.

And this assumption of mine was due to his handling of the Fulani herdsmen issue in his state and his ability to exercise control against more powerful political foes.

I had regarded the governor as a knowledgeable, influential and principled leader, until his revelation as an unpolished and unscrupulous politician.

Governor Akeredolu’s nepotism is both surprising and disappointing.

Nepotism has been part of politics everywhere, and it is not new in Nigeria.

The etymology of the word is traced to nepotem, a Latin word for nephew, coined at a time when the popes granted privileges in the Catholic Church to their nephews because they had no children of their own.

As nepotism had a dark color then, so does it have a blemish today.

It is a stain on democratic principles that always attracts attention and rejection.

Governor Akeredolu is a nepotistic leader, who is using political power to either enrich or build a ladder of opportunity for his family in an unfair manner.

The Ondo State Governor is a lawyer and a Senior Advocate of Nigeria.

He knows the law and politics.

Apparently, he has given his action a deep thought and concluded that the benefit if doing it is higher than the cost of not having his son as his senior official.

While it may be proper to appoint a hardworking party man into the government, the point Governor Akeredolu misses is that the benefactor and the beneficiary are father and son

Stubbornly defending his position, he replied that his son was appointed on merit.

“When he was using his resources to mobilize the teeming youths of the state for our party APC towards the 2020 governorship election in Ondo State, nobody identified him as the governor’s son.

When has it become a violation of the constitution to appoint a hard-working, devoted, loyal and committed party man into a government position?

While it may be proper to appoint a hardworking party man into the government, the point Governor Akeredolu misses is that the benefactor and the beneficiary are father and son.

It is classic favoritism of which he should be ashamed. His action may be right in law, but it is ethically reprehensible.

Nepotism is always about morality.

It is about those in the position of power or influence giving preferential treatment to relatives and friends in the form of jobs and opportunities.

Nepotism always thrives where the person of influence tries to perpetuate an evil or corruptly enrich his clan.

Nigeria is not a monarchy, where sovereignty is invested in one person or persons.

Neither do we have a North Korean Juche hereditary system, described as the dictatorship of the peoples’ democracy.

Nigerians want and deserve a democracy in which nepotism is not displayed on the storefront.

That is why the opposition party and many well-meaning Nigerians are right to condemn Governor Akeredolu for his barefaced conversion of state office to a family heirloom.

This defiant, crass and brazen nepotism in Akure must be curtailed.

Governor Akeredolu had tested the waters about appointing the same son as his chief of staff before now; to which he remarked, “when somebody says Baba (Babajide) is this, I just laugh at them; if I wanted to make Baba my Chief of Staff, he can be.”

When that earlier attempt failed, reports indicate he began to give official assignments to the son.

Ultimately, the state government had to respond to an allegation an organisation known as Ondo State Concerned Timber Merchants (OSCTIM), accusing the governor of plotting to hand over the state forest reserve to a consulting company allegedly linked to his son.

There are other allegations of corruption, which are normal where there is nepotism.

Yet, the governor has said only his will would be done. He affirmed, “My son is satisfied, that is why, if he was not, I will put him somewhere, there is nothing anybody can do.”

The Governor’s logic is that his son deserves a place at the table because he had worked within the state’s party structure for his election.

A teeming number of youths of Babajide’s age in Ondo State have not been given an equal opportunity to prove their mettle.

Giving an opportunity to a favoured son of the governor in order to prove he can become an important political appointee, within just a few years, is not how it is done.

Governor Akeredolu’s action is worse than that of former US President, Donald Trump, who gave appointments to his daughter, Ivanka, and her husband, Jared Kushner, in the White House.

At least those jobs were staff appointments not at the level of the cabinet.

The more he tries to lord his family on his people, the more he looks like a power-grabber who will do anything to amass power and wealth

Therefore, Governor Akeredolu would not cite Trump to defend his actions.

Instead, he pointed to other acts of nepotism by the People’s Democratic Party to rationalize his own.

When you have to defend an immoral act with another unethical behaviour, you know it is bad.

The optics are not good for Governor Akeredolu.

His greed and outrageous use of power is bad for his party, state and legacy.

The more he tries to lord his family on his people, the more he looks like a power-grabber who will do anything to amass power and wealth.

His reputation is eroding.

The Ondo people must not accept this.

It is not how politics should work in any part of Nigeria.

The same opportunity given to the son of a governor must be available to all.

There is no evidence that, given the same opportunities, the Ondo governor’s son is brighter than any other young man or woman in Ondo State.

Since his graduation, Babajide has not done anything with his life to demonstrate he is gifted.

His LinkedIn profile is evident.

He supposedly started work at an energy company in Australia in 2017, which he has continued to list, although we know he has been in Nigeria since, doing nothing but minding his father’s political farm.

Since coming home, all that can be said about his career is his running of vague and inconspicuous NGOs, such as the “Nigerian American Football Association,” a flying club and an emerging community. Nothing really strikes about his talent.

His knowledge is in rheology “equipments” and rheological testing, with specialties in graphic and web design, photography and desktop publishing. Lots of kids have such qualifications.

Although he had his first degree at the same university where I had a master of science, I would not give Akeredolu Junior a job exceeding the entry-level on the account of his public resume.

He has not achieved anything to be recognized as an experienced professional.

Babajide has no demonstrable experience in project, program or portfolio management at the scale in which he will be expected to operate as a director-general.

He is just a son of privilege on his father’s service.

The Ondo State House of Assembly have a duty to give the state a good name, by soundly rejecting favouritism, when the appointees have to be voted on.

The state assembly may even go further by enacting laws that prohibit public officials from hiring their relatives and friends.

We can do better than the kind of society that the Governor is trying to create. We need a merit-based society.