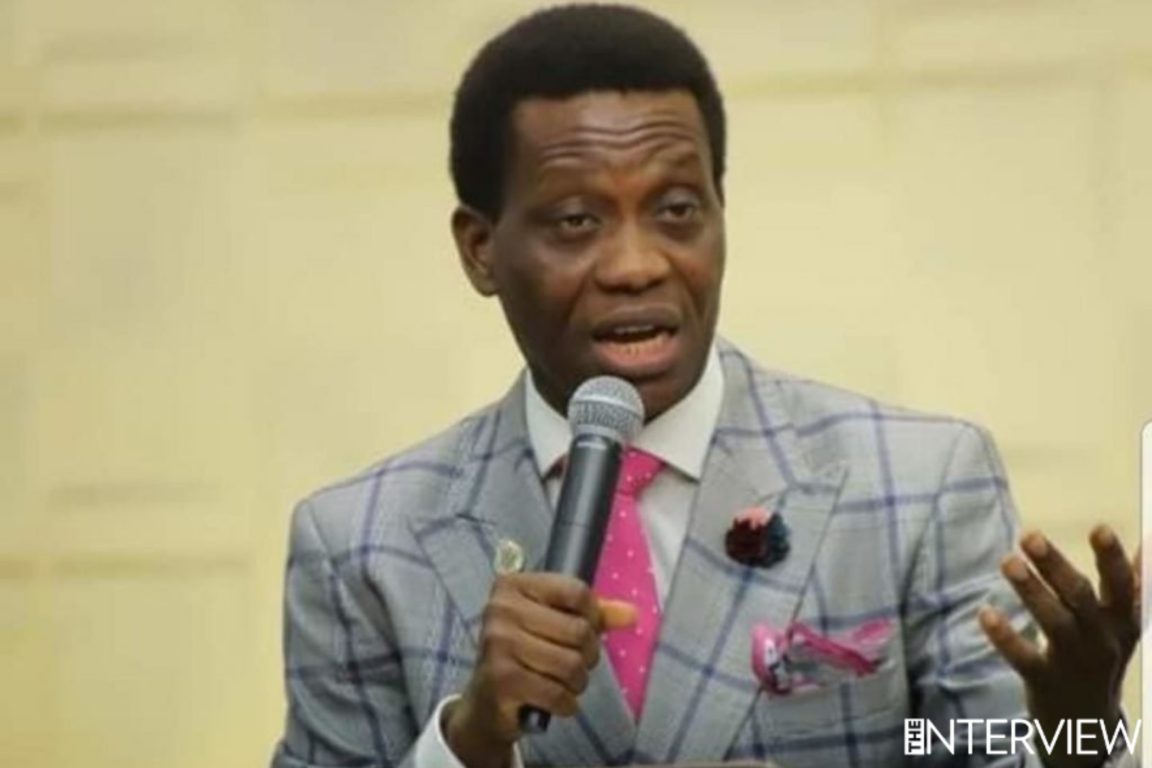 Pastor Enoch Adeboye, General Overseer (G.O) of the Redeemed Christian Church of God (RCCG), has urged Christians and other sympathisers not to cry over the death of his son, Dare.

Adeboye stated this in a pre-recorded video played during the funeral service of Dare at the Youth Centre of the Redemption Camp on Tuesday.

Dare, the third child of Adeboye, died last Wednesday in his sleep at Eket in Akwa-Ibom at the age of 42.

“Cry if you wish but don’t cry for Pastor D (Pastor Dare) because he is resting in glory.

“Cry because you are the one still fighting the battle.

“Anyone who has caught a glimpse of heaven will not be crying for Pastor D because there is no comparison between heaven and earth.

“But then, fight courageously because, on the resurrection morning, we shall meet again.

“I want you to know that God who knows the end from the beginning knew long before the foundations of the world that what has happened was going to happen.

“And because his word is forever settled, he said all things work together for good to them that love God.

“We may not understand now, but what has happened is going to work out for good.

“I have once said it that death is not a function of age because young people die, old people die and children die,” Adeboye said.

According to him, the most important thing is not how long a man lives but how well.

He Jesus Christ died at the age of 33, while John the Baptist, who the Bible considered as the greatest of all men, never lived up to age 34.

Adeboye, who reckoned that the church had lost a champion, urged the people to consider Dare’s death as a seed sown and which will germinate and produce bountiful harvest.

”I want us to join our forces together and produce many champions like Damilare that will go round the whole world and shake the world for the Lord Jesus.

“That is how we can honour his memory,” he said.

The burial was attended by his widow, Temiloluwa, his three children, siblings as well as members and senior pastors of the church, among others.