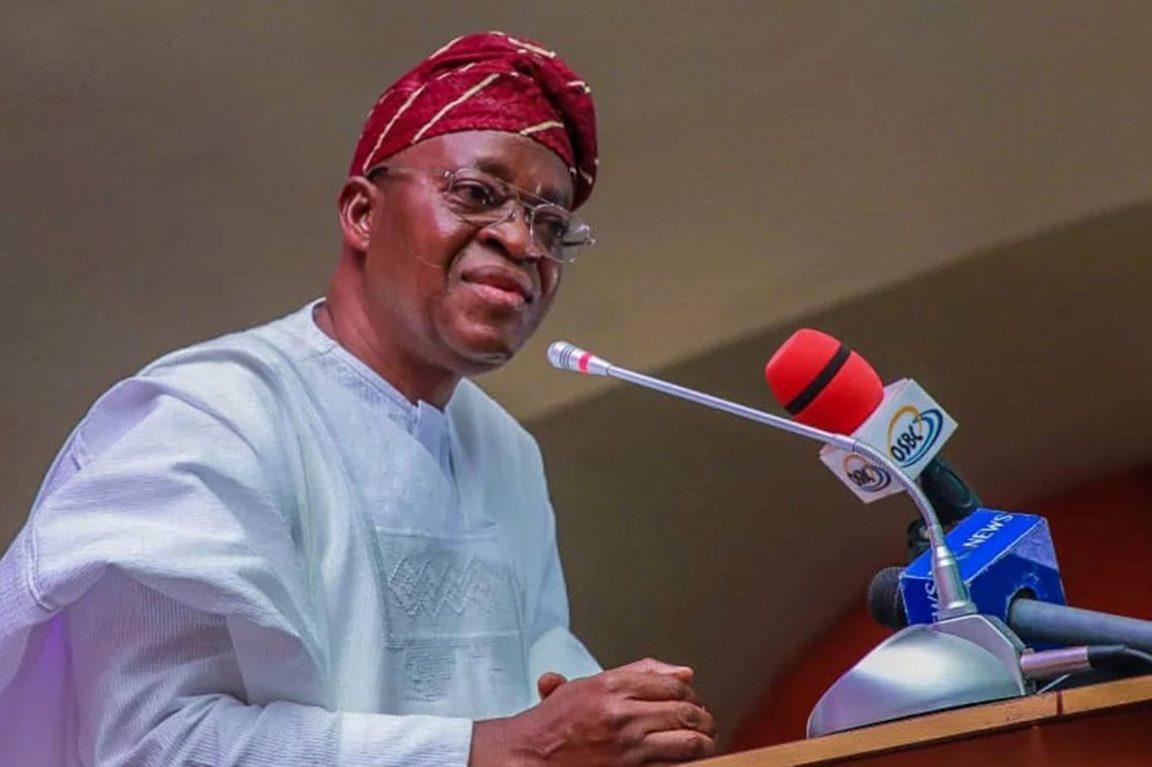 The Osun Food and Relief Committee on COVID-19 on Friday said the looted items at a warehouse in Ede town were not hoarded, but rather kept for flag-off of official distribution.

Alhaji Bayo Jimoh, Secretary to the committee, in a statement in Osogbo, said that the looted items were donated to the committee as palliatives to the people by Private Sector Coalition Against COVID-19 (CACOVID).

Some angry youths in the early hours of Friday broke into a warehouse in Ede town and carted away COVID-19 palliatives meant for distribution.

Items such as beans, noodles, sugar, salt, garri, rice, pastas, vegetable oil, among others, were looted from the warehouse located within the moribund Cocoa Industry, Ede.

The incident, however, happened barely 24-hours after the state government announced the suspension of dusk-till-dawn curfew imposed following the #EndSARS protest.

Governor Adegboyega Oyetola had in April inaugurated a 21-member Food and Relief Committee to cushion the effect of COVID-19 on the people of the state.

Jimoh, however, said that the looted food items had no direct bearing with the state government, adding that the items were within the purview of the Food and Relief Committee.

He said as such, the items could only be distributed after a formal flag-off by the CACOVID Office, Abuja.

The statement read partly, ” We do not have the authority to distribute the food items without approval from Abuja.

“Besides, the Committee is still expecting the rice component of the donated items, which is 40, 230 bags of 5kg.

“All these are part of the reasons the items were still in the warehouse up till the time of the invasion.

“However, the rice components of the donated items are yet to be delivered until now.

The Committee wrote to CACOVID as recently as Sept. 28, 2020, reminding it of the rice component, which is yet to be delivered.

“However, until this moment, we are yet to receive response from CACOVID.

“This is the truth about the status of the donated relief items until the unfortunate looting,” Jimoh said.