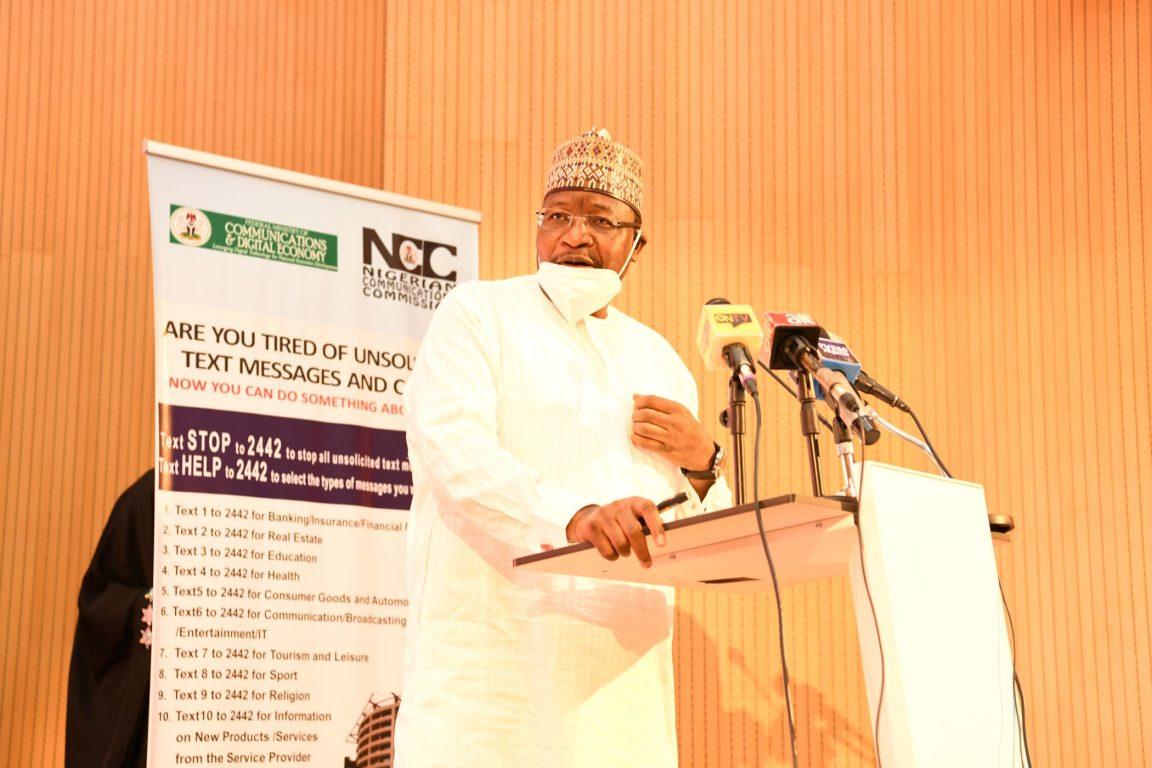 The Executive Vice Chairman and Chief Executive Officer (EVC/CEO) of the Nigerian Communications Commission (NCC), Prof. Umar Garba Danbatta, has said Nigeria is on a journey of transformation because of the various projects being executed by the Commission and other agencies under the Federal Ministry of Communications and Digital Economy (FMoCDE).

Danbatta stated this during the 4th phase of the virtual commissioning of additional 12 digital economy projects implemented by agencies under the Ministry by the Minister, Dr. Isa Ali Ibrahim Pantami, which also coincided with the Minister’s one year anniversary in office.

According to a statement later released by the director of public affairs at NCC, Dr. Ikechukwu Adinde, Danbatta commended the Minister for creating a platform for the commissioning of the various projects executed by the agencies under the Ministry.

This he said, had helped to showcase the President’s achievements in leveraging Information and Communications Technology (ICT) to propel the economic development of the country.

Chairman of the occasion was Governor Badaru Abubakar of Jigawa State and had a number of Federal Ministers, Heads of Agencies and other dignitaries in attendance.

Danbatta said the projects being executed were auspicious and would have a far-reaching positive impact on Nigerians, who are the ultimate beneficiaries.

He said “through the various projects, we are building shared and sustainable prosperity for this country. We are also making governance more open and transparent because people are able to participate and have a say in the way and manner the country is governed.

“The projects will eliminate poverty through skill development; and above all, we are creating a competitive and innovative economy through the promotion of the usage and deployment of various ICT applications and services in the economy.”

Danbatta said, “all these are value additions that are unprecedented in the sector, noting that the Commission is proud to be associated with the laudable achievements of the Ministry under the leadership of the Hon. Minister of Communications and Digital economy.”