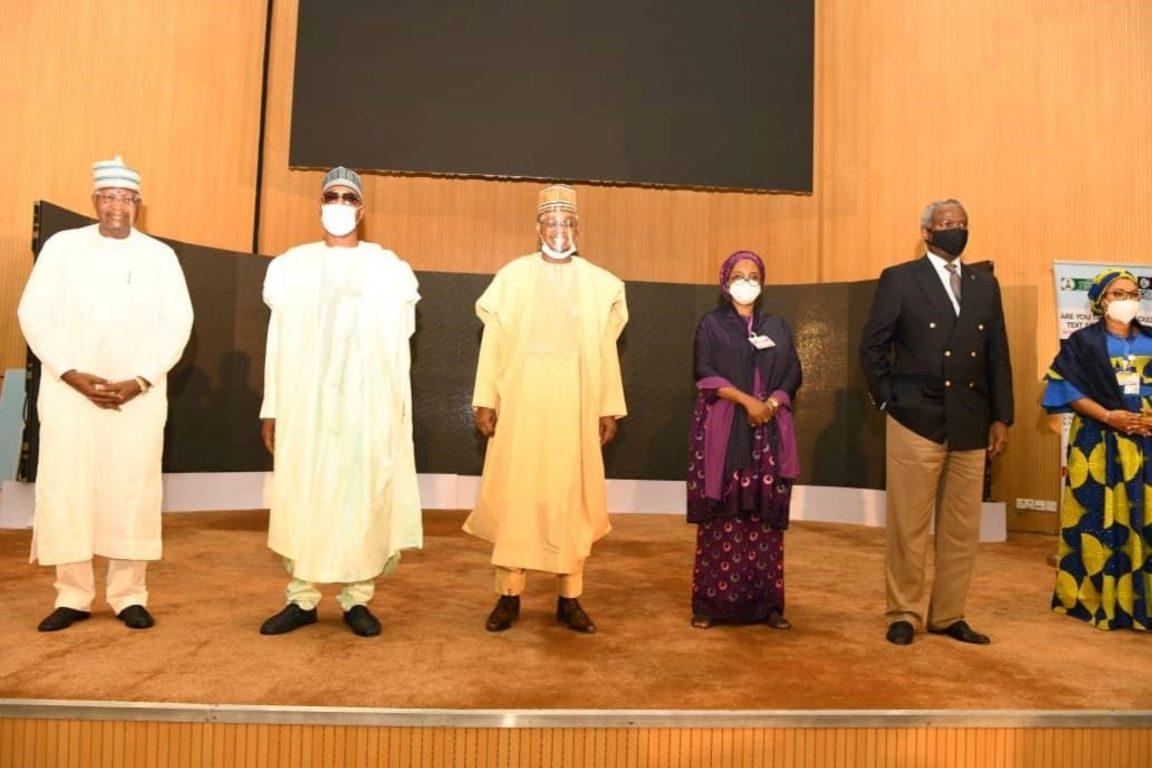 The Minster of Communications and Digutal Economy, Dr. Isah Pantami, has launched the Kaduna Emergency Communication Centre (ECC) built by the Nigerian Communications Commission (NCC), along five Information Technology projects by other agencies under his ministry.

The NCC’s ECC project makes it possible for people of Kaduna and environs to dial 112 Emergency Number to get help during emergencies from appropriate emergency response agencies and is aimed at supporting the Federal Government agenda of enhancing security of lives and property in the country.

NCC had built ECC in each of the 36 states of the federation and the Federal Capital Territory (FCT).

Nineteen of the ECC have been activated while efforts are ongoing to extend it to other states.

Three other projects by the National Information Technology Development Agency (NITDA), IT Community Centre in Katsina and IT Hub each in Ahmadu Bello University (ABU), Zaria Main Campus, Kaduna and University of Lagos, were also commissioned.

READ ALSO: NCC Prepares Nigeria For The Internet Of Things

Speaking during the virtual commissioning of the projects, which took place at the NCC’s Communications and Digital Economy Complex, Mbora District, Abuja on Thursday, July 23, 2020 and attended by all heads of agencies under the ministry, Pantami said the projects were all connected to the country’s digital economy drive, as contained in the National Digital Economy Policy and Strategy (NDEPS) unveiled by the President in November last year.

According to him, “These projects are connected to some of the pillars of the NDEPS, especially with respect to developmental regulation, digital literacy and skills, solid infrastructure, among others,” urging Nigerians, who are the ultimate beneficiaries of the projects, to take advantage of the opportunities.

He added that he would continue to work with other ministries, departments and parastatals of government to ensure teething challenges facing ICT infrastructure deployment in the country are addressed in other to deepen digital economy.

Governor of Borno State and Chairman of the occasion, Babagana Zulum; as well as the Minister of Finance, Budget and National Planning, Zainab Ahmed and her counterpart in the Ministry of Works and Housing, Babatunde Fashola who were guests of honour commended the ministry and its agencies for expanding the footprint of digital economy across the country.

Meanwhile, the Executive Vice Chairman of NCC, Prof. Umar Danbatta, and other heads of agencies under the Ministry, have commended the Minister for promoting synergy among the agencies under his supervision.

According to Danbatta, “the projects will help in leading the country into a truly- digital economy.”

He restated the Commission’s commitment to ensure a robust broadband infrastructure in the country, to support government’s initiatives aimed at accelerating the implementation of National Digital Economy Policy and Strategy.