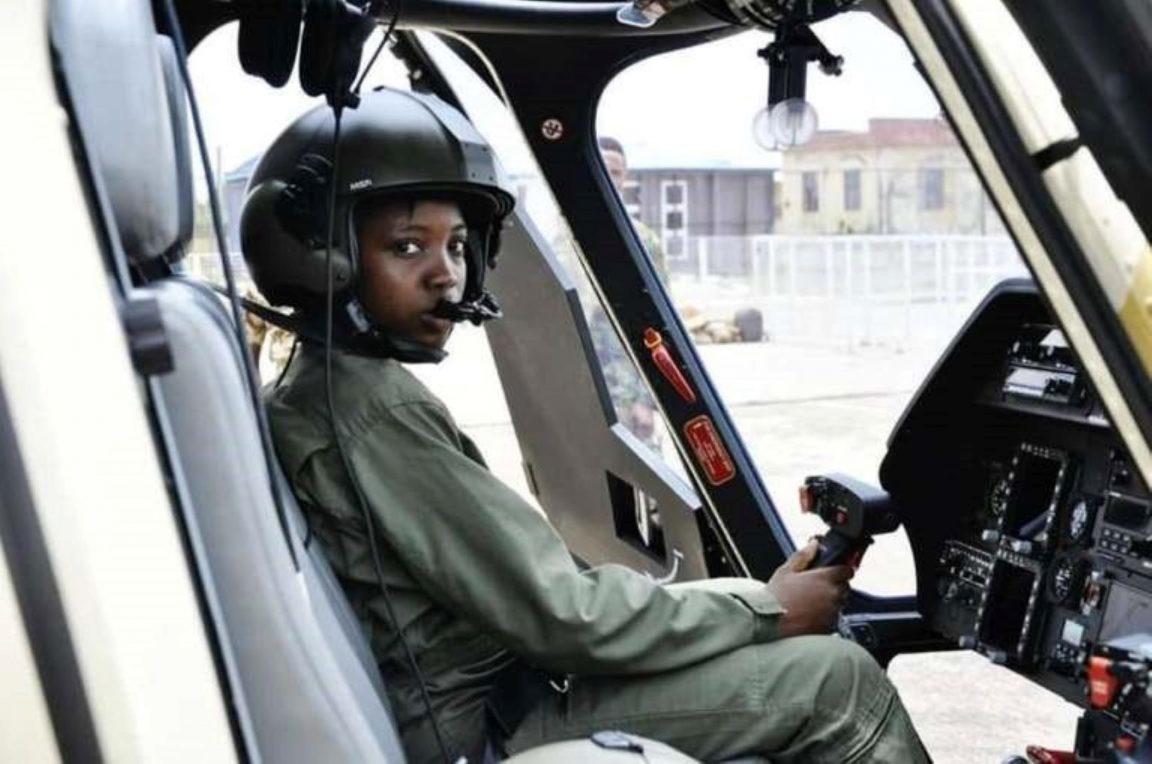 Tributes have continued to pour in following the demise of Nigeria’s first and only female combat helicopter pilot, who died on Tuesday.

Arotile, who hails from Iffe in Ijumu Local Government Area of Kogi State, died in an auto-crash at NAF Base Kaduna on Tuesday.

The Nigerian First Lady, Aisha Buhari, on Wednesday sent her condolence message to Arotile’s family members via her twitter handle on Wednesday, describing the deceased as a representative Nigerian woman, youth and what they could achieve.

She said, “It’s with a heavy heart that I received the news of the demise of Flying Officer Tolulope Arotile, the first female Nigerian Airforce Combat Helicopter Pilot.

“I condole with the family of Flying Officer Arotile, the Nigerian Airforce and the country over this irreparable loss. The deceased was an intelligent young woman, a huge potential, a representative of both Nigerian women and youth, and what they could achieve.”

Likewise, Bola Ahmed Tinubu, the National Leader of the All Progressive Congress (APC) also took to his twitter handle on Wednesday commiserate with the Nigerian Airforce and the Arotile’s family over the loss.

“Ms. Arotile was a trail blazer in every sense and her sudden passing is a tragic and painful loss for all patriotic Nigerians. May her virtuous soul rest peacefully in the bosom of Allah, Tinubu tweeted.

Speaker of the House of Representative, Femi Gbajabiamila on his part expressed shock over Arotile’s demise.

He said, “I received with great shock the death of our country’s first female combat pilot, Tolulope Arotile, I saw her months ago display her talent to the admiration of many of us at a @NigAirForce event. Indeed we have lost a great talent! My condolences to the Arotile family and N.A.F”.