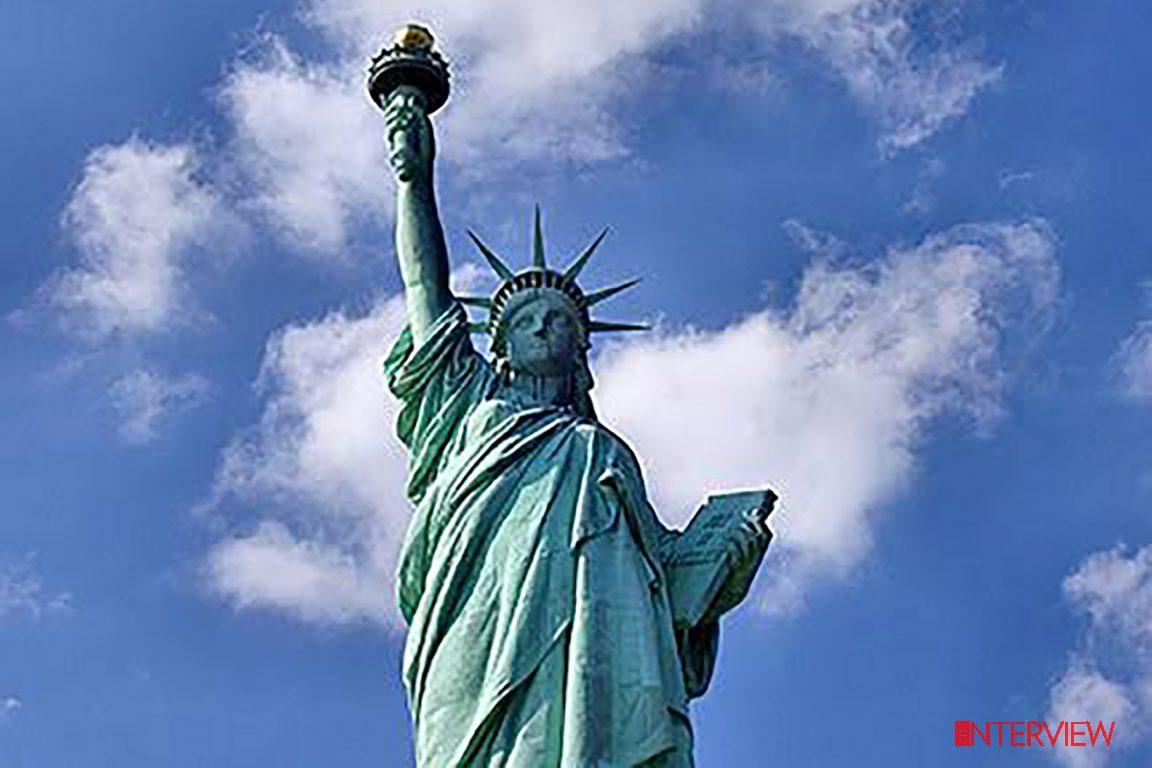 The American Spring landed at an unexpected time.

The Coronavirus pandemic had forced billions of people around the world on a lockdown for upwards of two months.

On May 25, videos of George Floyd’s killing went viral.

The dastardliness of the killing aroused an instant anger, forcing people to pick freedom over safety. Protesters flooded the streets everywhere. There began the American Spring.

The message of Black Lives Matter spread like wildfire. All colours and races have been clamouring for change around the world in response to America’s great failure- racial injustice.

People of many nations are still taking a knee in demand for change.

They are making the leader of the free world to reckon with its inconsistencies on equality and race.

A decade ago, we saw a similar uprising during the Arab Spring.

Many Arab countries had to deal with societal problems through protests, uprisings, and armed rebellions.

The American Spring is a time for the United States to come to terms with remnants of slavery.

In the midst of plenty, black lives never really mattered, as most former slaves live in poverty and despondency.

Through heavy policing, America used force to push reckoning back.

But the moment that the United States has always delayed is here.

The nation has been gripped in anti-government protests, uprising, rebellion and demand for social and political change.

The writer of the declaration and the third US President, Thomas Jefferson, was himself an owner of many slaves

The revolt was to be expected.

After the civil rights era of the mid-60s, won through Martin Luther King’s non-violent protests, riots swept through America, just before King was murdered.

The wise men who examined why major US cities went up in racial flames, the National Advisory Commission on Civil Disorders, remarked that “our nation is moving toward two societies—one black, one white, separate and unequal.”

America was not bold to confront the vital recommendation of the Kerner commission to invest in black lives.

Instead, it launched into the space age, wars and other distractions.

The nation moved on, sweeping an important issue under the rug.

American institutions are built upon a system of racial, economic and educational disparities in sharp contrast to its Declaration of Independence, which categorially states that “all men are created equal.”

The writer of the declaration and the third US President, Thomas Jefferson, was himself an owner of many slaves.

A quarter of America’s presidents have been slave owners.

Black people in the United States have always questioned the principle of equality that excluded them.

Great minds in the black community, such as Frederick Douglas and James Baldwin, mocked the hypocrisy.

America’s capitalism and racism have always been at war with its moral and Christian values.

The nation was built on slavery, and it remains a sin for which it has not fully repented.

The sin is well documented at the National Museum of African American History and Culture in Washington D.C.

It was slavery that bred systemic racism, hatred, bigotry, Jim Crow, segregation, economic oppression, denial of civil rights and other forms of injustice.

To hide its past, many textbooks have been sanitised to soften the evils of slavery.

Derek Chauvin, the white Minneapolis police officer, who knelt on Floyd’s neck for almost nine minutes until he died, is the kind that the US President, Donald Trump, groomed

According to the Smithsonian Museum, “prior to 2018, Texas schools even taught that states’ rights and sectionalism – not slavery – were the main causes of the Civil War.

The journey of blacks in America has a resemblance to the odyssey of the Jews in Egypt.

In both cases, freedom did not happen for four centuries.

And US President Donald Trump is behaving like Egypt’s Pharaoh.

Just before he was assassinated, Martin Luther King predicted that black people would get to the promised land of justice, equality and prosperity, even though he knew he may not make it himself.

It’s been more than 50 years since King was killed, but it looks like the period he envisioned has come.

It seems the right time because something is different in the American Spring.

People of different colours and races are working together to uproot a 400-year problem.

No longer is the hate, the bigotry and the disagreement about America’s wrongs in question.

The dichotomy now lies between the moral and the immoral, the lawful and the illegal, the good versus bad.

The striking picture from the protests all over American cities is the colourfulness of the participation.

Whites, blacks, yellows and browns – a true representation of US demographics – hold hands in harmony to bring down the wall of injustice.

In the late 1980s, it was the same Trump who fought to get the Central Park Five convicted

The death of George Floyd has uncorked the fountain of hope for oppressed races and minorities, from American Indians and Spanish natives to former black slaves.

The wind of change did not just blow unaided.

Derek Chauvin, the white Minneapolis police officer, who knelt on Floyd’s neck for almost nine minutes until he died, is the kind that the US President, Donald Trump, groomed.

Trump has, for years, actively promoted violence and intolerance against black people.

During his campaign in 2016, he urged policemen and supporters to revisit to the days of segregation to lynch any minority protesters at his rally.

Trump prided himself on law and order, another word for oppressive policing.

He used military force to disperse peaceful protesters in order to avail himself to a photo opportunity.

The military later apologised for being a willing tool for a politician.

In the early 1970s, the young Trump and his father, a New York City developer, were fined for racially-related denial of public housing to black people.

In the late 1980s, it was the same Trump who fought to get the Central Park Five convicted.

These were teenage black citizens, who were falsely accused of raping a white woman in the Central Park in New York City.

However, two decades after, justice prevailed with DNA technology and the black men were released and compensated.

He has failed to recount or apologise for helping to send innocent men to prison.

Throughout Obama’s presidency, Trump trolled him with racist attacks.

He concocted the birther conspiracy against the first non-white US president, Barack Obama, claiming Obama was not born in the United States.

It is against the backdrop that Trump campaigned and found himself in power.

Realising that he lacked the broad appeal that most Presidents have, Trump sunk deeper and deeper into isolation with his base.

That base is made up of white supremacists, evangelical Christians with social demands, so-called undesirables, and a vast number of poor and educated whites who have lost out in a knowledge economy.

He mesmerised them through his rallies.

They would die for him. A Washington Post tracker indicates Trump has told more than 18,000 lies since becoming president, but his base did not care.

He charged them up by raising the scepter of slavery and segregation.

Meanwhile, people of conscience wondered what had become of America. They organized.

During the mid-term elections of 2018, they gave the first strike.

Trump’s Republican party lost by a landslide and the House of Representatives was captured by the Democrats.

Losses at the polls did not affect Trump’s gait.

Nothing seemed strong enough to wind him down.

Then Coronavirus struck. Trump fumbled and staggered but remained on his feet.

The American Spring is not yet a complete success, but it has produced more results in one month than in a century

But it was a period when Americans were not distracted by sports, vacations and other forms of preoccupation.

They watched Ahmaud Arbery pursued and killed by white supremacists in Georgia, and Breonna Taylor murdered in her own home by the police in Kentucky. Consciousness was awakened.

People saw what they were too busy to see – the ugliness of institutional racism.

They trooped to the streets without caring about COVID-19.

Some of America’s most symbolic monuments are disappearing, voluntarily or by force.

In Philadelphia, the former racist mayor, Frank Rizzo, was moved to a storage facility.

Edward Colston, a 17th-century slave trader, was yanked off the street into the waters.

Statues of Christopher Columbus are disappearing fast all over America.

The statue of Andrew Jackson, America’s seventh president, just outside the White House, has been a subject of unrelenting attempt at destruction.

Confederate symbols and other emblems of racism are disappearing fast, even in the strongholds of segregation, including Mississippi, Tennessee, Georgia, Alabama and Louisiana.

Former President, Woodrow Wilson, has lost his name on the policy school at the Ivy League Princeton University, over “racist thinking and policies” he had championed.

“We have taken this extraordinary step because we believe that Wilson’s racist thinking and policies make him an inappropriate namesake for a school whose scholars, students, and alumni must be firmly committed to combatting the scourge of racism in all its forms,” the university’s board stated.

It is almost certain that a bill would be passed to curtail the excesses of the police throughout the United States.

Change has been torrential.

The American Spring is not yet a complete success, but it has produced more results in one month than in a century.