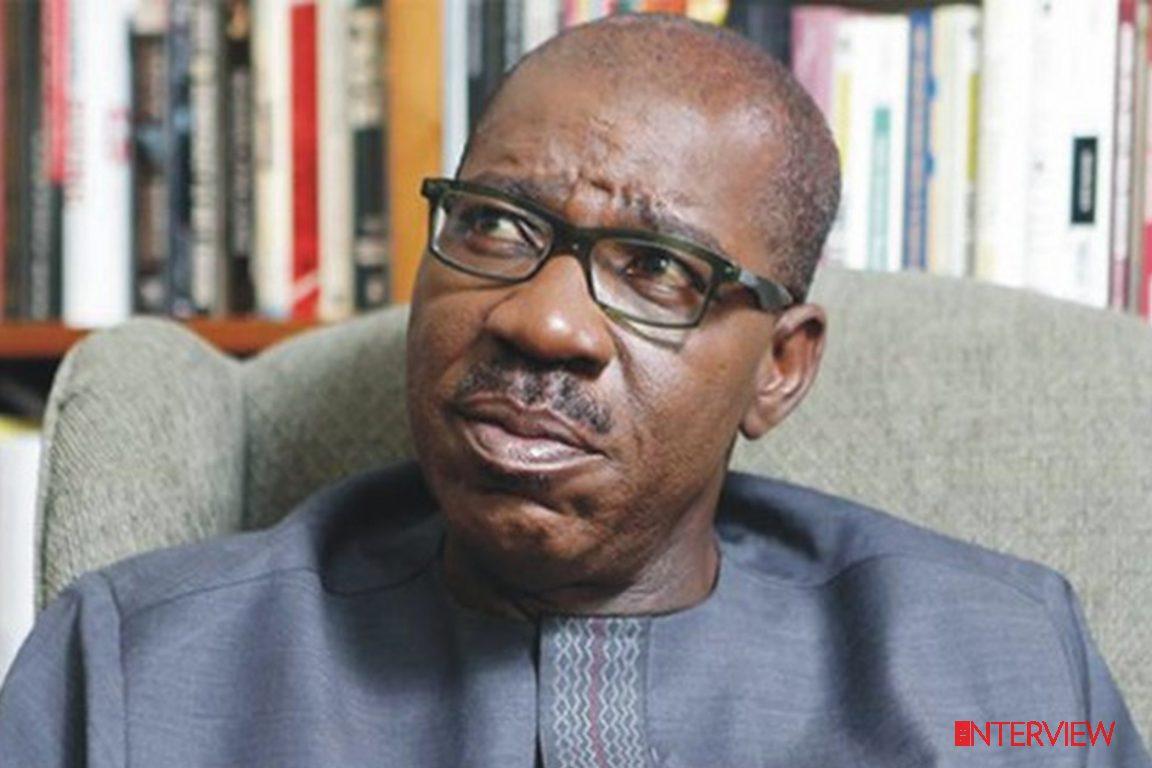 The All Progressives Congress (APC) screening committee for the Edo governorship primary has disqualified Governor Godwin Obaseki from the upcoming contest.

Governor Obaseki and APC National Chairman, Adams Oshiomhole, have been in a running battle.

Oshiomhole on Friday received the report of the Screening Committee led by Prof. Jonathan Ayuba.

The Interview learnt that the 7-man committee inaugurated on Tuesday which carried out the screening on Wednesday and Thursday disqualified Obaseki and one other aspirant.

The report was submitted at the national headquarters of the party at 3pm.

Senior Special Assistant to the governor on New Media, Jack Obinyan, also confirmed this via his official twitter page on Friday.

According to Mr. Obinyan, Obaseki was disqualified from contesting in the forthcoming Edo State APC primary election over inregularities in credentials and anti-party activities.

Speaking with The Interview, Obinyan confirmed that Obeski had8 be disqualified from the APC primaries.

Asked what the next step was for the Governor, he said that would be for him (Obaseki) to decide.

“Whatever we say now will be speculation,” Obinyan said.