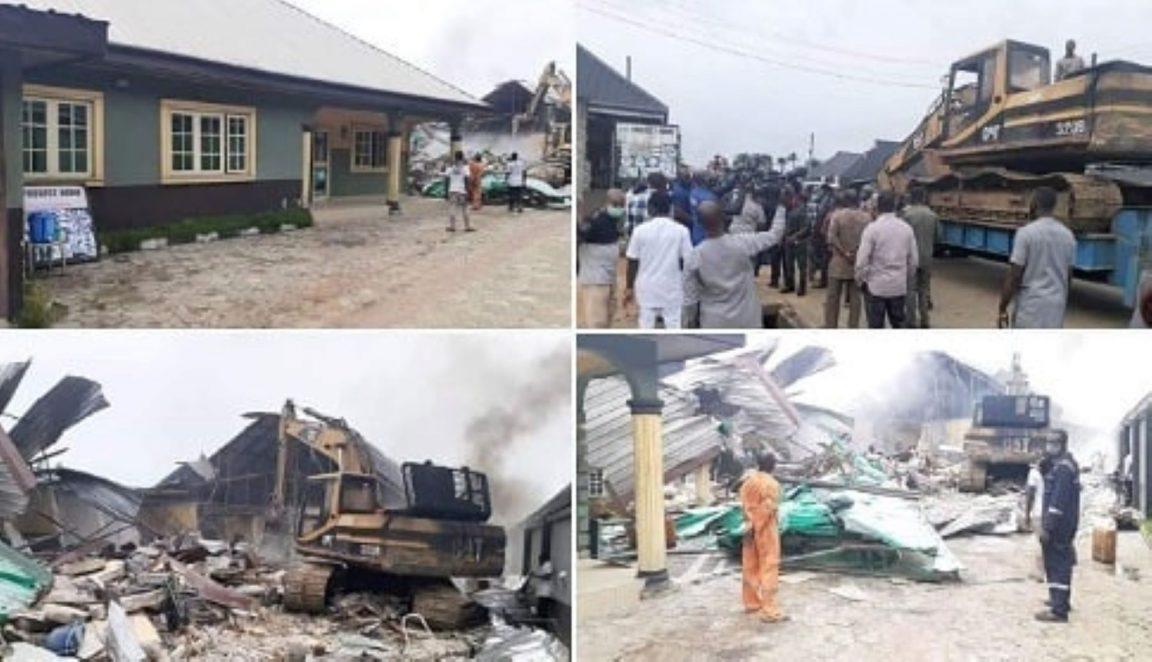 The governor of River State, Nyesom Wike, has dismissed claims that the state government’s decision to demolish two hotels in the state on Sunday has political undertone.

Rather he insisted that his government demolished the hotels, including the one belonging to the PDP Youth leader hotel at Eleme because they had flouted the Executive Order on lockdown in the state.

Governor Wike had on Sunday supervised the demolition of two hotels in the state for violating the order of the state government for hotels to remain shut as part of measures to stop the spread of Coronavirus in the state.

According to Wike, who spoke through his twitter handle after the demolition exercise, the lockdown is to prevent the spread of COVID-19 and any hotel that flouts the executive order will be demolished.

He said, “Government has no alternative but to apply the Executive order which I signed before the lockdown of Obio/Akpor and Port Harcourt.

“We said no hotel should operate within this period. Unfortunately, the PDP Youth Leader in Eleme joined others to flout the Executive Order. Therefore, the executive order will be applied.

“We said if any hotel operates, Government will bring down that hotel. We are doing what we have told people that we are going to do.”

Wike said the increased spread of COVID-19 in the state resulted from hotels operating and it is in the interest of the state to shut hotels down.

“Look at the rate of infections, most of these people are found in hotels. Look at the man that died, he was at Mingi Hotel in Rumumasi. Due to that contact we have had other seven cases.

“People should help us and support Government for Rivers people to be safe. Security Council will meet to review the strategies and achievements or setbacks moving forward,” he stated.