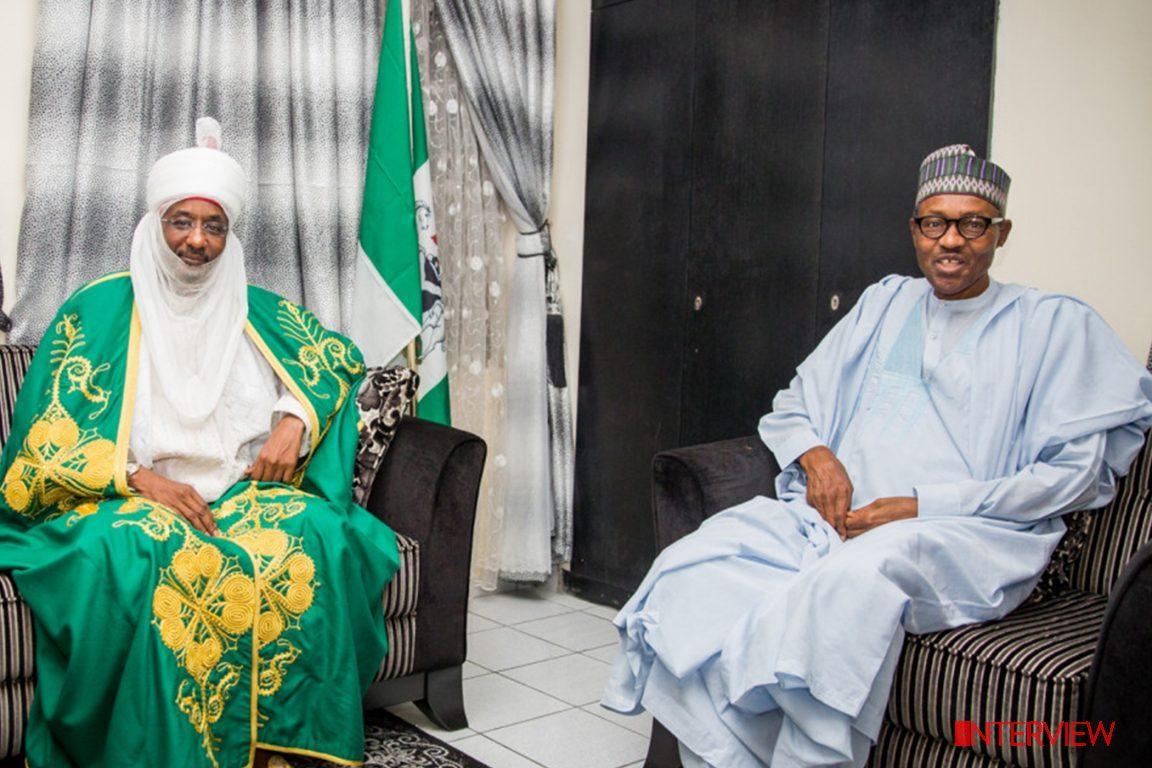 The presidency said efforts to link President Buhari to dethronement of Sanusi were malicious and politically motivated.
374
SHARES
ShareTweetShare
PinShareShareShareFlip

Presidency on Wednesday any involvement President Muhammadu Buhari in the dethronement of HRH Muhammadu Sanusi II of Emir of Kano.

Sanusi was dethroned and exiled to Nasarawa State on Monday by Governor Abdullahi Ganduje, who also appointed another emir on Monday.

In a statement by Senior Special Assistant to the President on Media and Publicity, Garba Shehu, presidency said efforts to link president Buhari to dethronement of Sanusi were malicious and politically motivated.

The statement reads: “The President does not have a history of intervening in the affairs of any state in the country, unless the issue at hand is of national consequence. On such matters which impinge on national security, he has a duty of involvement as the law stipulates.

“As outlined in the Constitution, the appointment or removal of emirs and other traditional leaders is strictly within the jurisdiction of state governments. It is unfair and disingenuous of opposition politicians to try to link the situation in Kano State to the federal government and the Nigerian President.

“Although a retired General and former Military Head of State, President Buhari clearly understands that under the current democratic dispensation, the government at the centre cannot read instructions or twist the arms of all or any of the 36 state governments making up the federation. They all have their powers specified under the Constitution.

“President Buhari commends the people of Kano for keeping calm in the past few days of the dethronement announcement. He prays that the will of Allah will be done at all times, and that the emirate/state and its people continue to experience progress irrespective of who is on the throne.