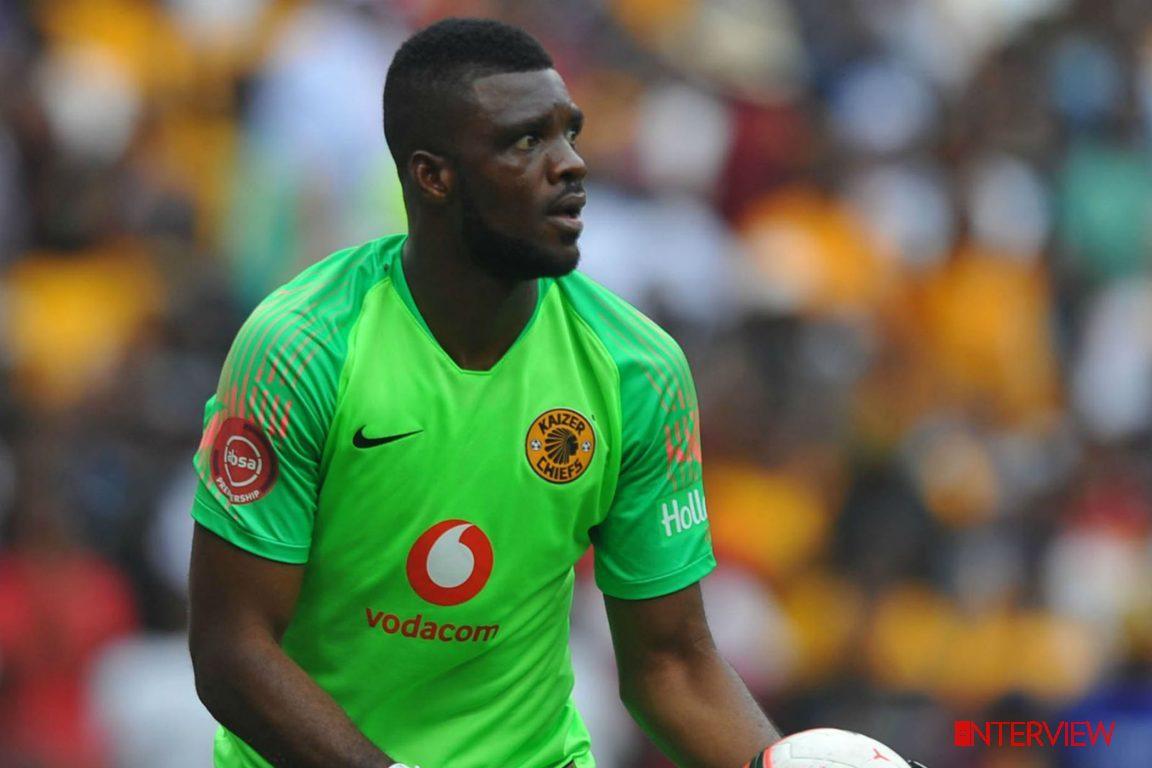 How will you describe the performance of the Super Eagles in Egypt?

The team really tried, everyone did his best to make sure we won the tournament. Many big teams were knocked out of the competition early but we got to the semi-final and won a bronze.

We have very talented players in the team and I’m very sure if this team can be given a chance, we’ll be able to fix things.

Towards the AFCON, nobody expected you to be the first choice but you did against all odds…

First of all, I want to use this medium to say a very big ‘thank you’ to coach Gernot Rohr for believing in me despite the media attempts to pull me down.

There were many attempts to discredit me so as to influence the selection of somebody else but the coach stood his ground, I think his instinct worked for him because he has come to know me better than what people were saying about me, we have been working together for some time now.

From the first time the final list was out, nobody gave me a chance.

Eighty per cent of Nigerians were influenced by those who were using the social media to say nothing good about me.

However, I knew I had to work on that mindset that what they say about me doesn’t matter but what God says about me; that is the mindset I worked with.

During one of the friendly matches, I conceded a goal and whether it was my fault or not, the social media and some journalists termed me ‘Akpeyi is a goal’.

A time came when I started keeping clean sheets and things started unfolding for which I am grateful to my mentor – he actually taught me the path to success – today I am achieving and keep getting better one game after another which started from a friendly ahead of the Nations Cup.

I always I wanted to play in competitive games; I was determined that whenever I was going to be playing, I wanted to bring something extra to the team.

I had been on the bench for a long time, others were earning match bonuses for me, because they were the ones playing and I was on the bench.

I wasn’t comfortable about this and I have always been visioning myself to see that I will be the one playing a big role in earning bonus for others as well.

During one of the friendly matches, I conceded a goal and whether it was my fault or not, the social media and some journalists termed me ‘Akpeyi is a goal’

How disappointed were you as a team losing that semi-final game against Algeria?

We wanted to play to the final; that’s why when we lost, I actually broke down.

I had a little note in my room where I used to write daily events. I could be sleeping and I would just wake up to think about what tomorrow is going to be like and this is how the result is going to come.

I had actually written how the final was going to be for me but God knows better than everyone.

In all things I just give thanks to Him, for giving me a chance to play in the Nations Cup, for playing in the first and second game to qualify the team from the group with a game to spare.

Unfortunately it was the free kick I conceded against Algeria that some people were talking about, that is what some people on social media tried to put out there to use to derail me.

But they did not put the good ones that I have done; how I became the first CAF Player of the Week or among the goalkeepers with the highest number of saves in the tournament but it is all for good.

I am really grateful that I helped the team to reach the semi-final of a tournament where I wasn’t given a chance and I have been able to survive despite all negative things about me.

Whether they like it or not, I feel accomplished.

With government politics, running clubs in Nigeria is usually difficult for administrators to get funds that will enable clubs to run for a whole season

Tell us about your experience in the Nigeria Professional Football League after playing for clubs like Heartland and Warri Wolves.

My experience in the local league was a bit dramatic with the way the system was run at that time.

The experience was not that good because if you look at other civilised countries, things are better off, even if we can’t get exactly the way things are being run there, at least we should be able to get something close, but that is not the case.

I decided to go abroad and play. Some of my colleagues who were tired of the situation also tried to move. Some of them were even swindled by their managers and some went into the wrong clubs and countries.

There was a turnaround after I left when the TV rights were awarded to Super Sports, it came alive again with the stadium filled up with football fans, and suddenly, it went off again but there is still room for improvement and I believe things will get better.

One of the challenges was not getting paid on time because most of the clubs are owned and managed by government.

With government politics, running clubs in Nigeria is usually difficult for administrators to get funds that will enable clubs to run for a whole season.

For instance, some of the chairmen of clubs I played for always struggled to raise funds to pay players’ salaries. Sometimes, we would wait for months before they got government to pay the salaries.

Some of my colleagues who could not manage themselves got into debts trying to survive. Some had children and families.

Some had to provide their kits on their own because some clubs would not provide kits for their players except for Enyimba and Kano Pillars that tried in that aspect.

Some of the players would raise funds through loans, which put those players in difficult positions, and it is not good for football in our country.

Another challenge is how the players were usually transported; it was not encouraging at all compared to what we experience abroad.

The major problem is still politics, for instance, my club in South Africa – not every club has much money but with budget – they try to manage the little they have.

Their players are well paid and they don’t owe.

They can’t even owe their players because that can put them into trouble. They also make sure there is a proper means of transportation for their players, the longest distance players can go by road cannot exceed two hours, or they will go by air.

That is how their clubs are structured and that is something we should look into as well in Nigeria.