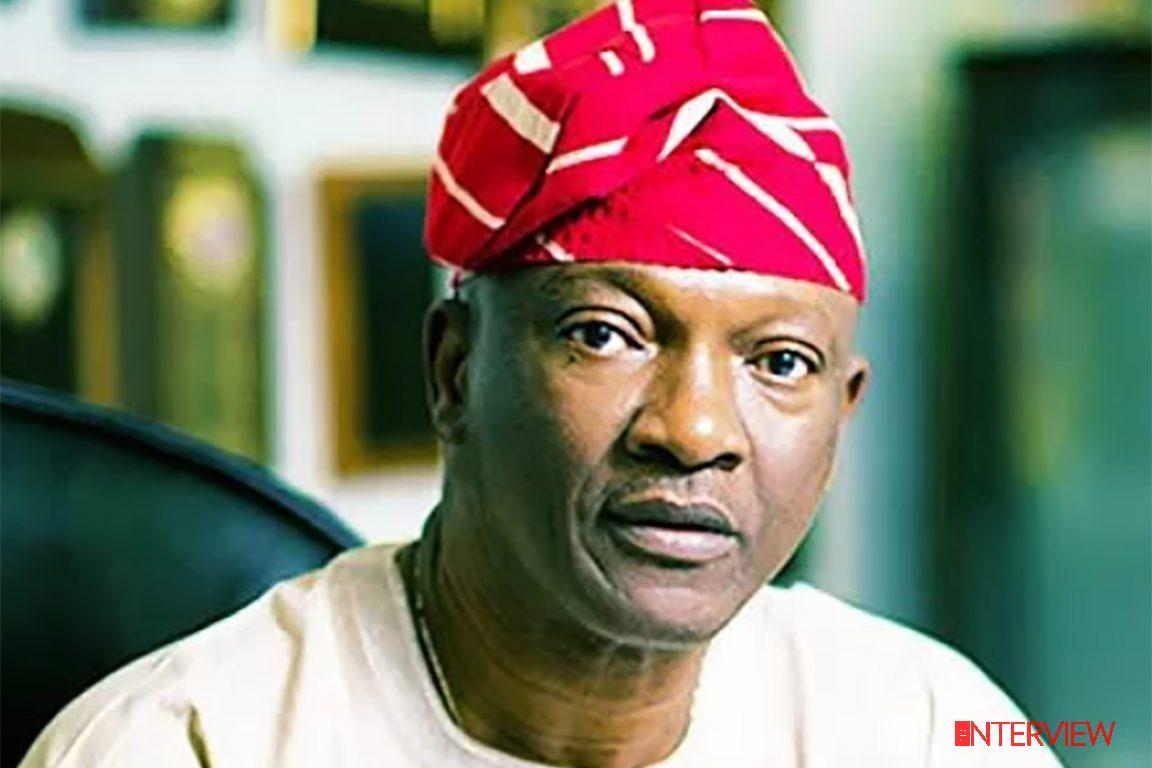 This is the third time Jimi Agbaje will be contesting for the governorship in Lagos State / Photo Credit: Twitter
237
SHARES
ShareTweetShare
ShareRepostPinterest

Both I have known for over a decade. Having reported national politics in my close to thirty-year career in journalism and privileged to occupy the editor’s chair for two of the three decades, it is impossible not to have struck up acquaintanceship, if not friendship, with a good number of contemporary actors animating the nation’s political firmament.

My bias for one over the other is, therefore, based on an evaluation of the contrasting characters Jimi Kolawole Agbaje (JK) and Babajide Olusola Sanwo-Olu (BOS) have shown respectively in the intervening years.

While sitting with other Sun editors back in 2006 to grill Agbaje during his first shot at Lagos governorship on the platform of DPN, one could not help being seduced by his dimpled smile, the throaty laughter, this sociable air perhaps best illustrated by the shimmering gold necklace around his neck.

Though he didn’t eventually go far in the election results, the mere spectacle of a pharmacist entering the political arena and promising to cure what ailed the Lagos polity was surely enough to capture the popular imagination then.

The gospel of change he preached while the campaign lasted certainly echoed much longer in enlightened circles in Lagos.

Four years on, apparently lacking the creativity to proceed in his third attempt at the governorship, JK would now plumb deeper into the sewer of ethnic baiting.

Conversely, three years earlier, one could not have failed to take notice of the story of the dashing whizkid who quit a senior portfolio in the banking world to take up a relatively “lesser” job of Special Adviser to the then Lagos deputy governor, Femi Pedro.

BOS’s arrival in Alausa was, of course, preceded by a reputation as a committed member of then emergent evangelical movement in corporate Lagos canvassing the application of strong Christian ethic in the civil space – whether the public service or the business community, led by debonair Pastor Paul Adefarasin of the House on the Rock.

However, from the lofty rhetoric of 2006, the JK we see today is, sadly, one toiling hard to profit from divisive politics by exploiting the Igbo sentiments, thereby unwittingly putting a razor on the tie that otherwise binds all of us together, seeking to poison the liberal climate that had fostered peaceful co-existence among the mosaic of ethnic nationalities over the years.

The great Lagos we have always known is one whose values of accommodation and competitive spirit are blind to ethnicity, colour or creed.

Its soil bred the legend of Nnamdi Azikiwe, prospered the mercantilist talent of the senior Ojukwu, inspired the activist instinct of Chima Ubani and nourished the prodigious intellect of Pat Utomi.

Nothing forbids you from cultivating a base in an electoral environment. But the real danger is the reckless intensity JK has brought to bear this time by appointing himself an emergency Igbo advocate.

When the nation was faced with grave moral crisis in the past, an illustrious Igbo like Ndubuisi Kanu, for example, was not known to have paused even for a moment to first make some cold ethnic calculations, before taking a stand.

At a time when even many Yoruba elders had betrayed MKO to Abacha for the proverbial thirty shekels of silver, it is on record that Kanu was one of those who, at grave personal risk, stood for June 12 till the very end.

The great Lagos we have always known provided the rendezvous for Ekiti-born Dele Alake to make friends with Danladi Bako (now the Koguna of Sokoto) and Abia-born Prince Emeka Obasi in the 80s; friendships that morphed into brotherhood and have endured till today.

It is one where a Tunji Bello started as professional colleague of Delta-born Sam Omatseye in the 80s and both relate today more like biological brothers.

Indeed, there are thousands more of such stories of ethno-religious integration that have over the years deepened the fabric of Lagos as a melting-pot, a truly cosmoplitican city.

It is, therefore, very troubling reading lately reports of violent clashes between the Yoruba and Igbo in some neighbourhoods in Lagos over electoral preferences in the ongoing general polls.

In my nearly 30-year residency in Lagos, I cannot recall any such violence between the Yoruba and the Igbo before. At worst, Yoruba/Igbo skirmish over election matter was a rarity.

JK will, for instance, conveniently forget to acknowledge that those he accuses of “monopolising” power in Lagos in the last 20 years have never discriminated against Igbo pupils when offsetting WAEC or NECO fees in public schools.

But many saw this coming the moment JK, obviously out of political desperation, began to sound more like Igbo champion than someone aspiring to be governor for hundred more ethnic nationalities in Lagos.

I noticed that JK’s descent began in the build-up to the 2015 elections in which he found himself in PDP, this time as the governorship candidate.

With Goodluck Ebele Jonathan (GEJ) as the presidential candidate, the 2015 polls were characterised by a divisiveness never seen in Nigeria’s history.

It became quite convenient then to dress “Ebele” as not only carrying the presidential flag on behalf of predominantly Christian Niger Delta, but also in the name of mostly Catholic Igbo.

Naturally, such profiling redounded on Lagos PDP with JK eventually garnering substantial number in the governorship election in April 2015, predictably with a bloc vote from the resident Igbo community.

Four years on, apparently lacking the creativity to proceed in his third attempt at the governorship, JK would now plumb deeper into the sewer of ethnic baiting. Of course, nothing forbids you from cultivating a base in an electoral environment.

In my view, BOS has, through various public engagements in the last few months, undoubtedly demonstrated a sharper grasp of relevant issues in public governance, bringing to bear his rich experience in the private sector.

But the real danger is the reckless intensity JK has brought to bear this time by appointing himself an emergency Igbo advocate.

Without shame, he now seeks to wail louder than the bereaved by reminding them of even the little things they lack, but none of the significant benefits they enjoy.

But, shrewd as they are, I am sure the enlightened ones among the Igbo themselves know too well that, while not being averse to more concessions from the system, their collective interest and continued prosperity in a multi-ethnic milieu are best guaranteed under a liberal culture as has been demonstrated in Lagos over the years, as against the toxic ideology JK is retailing.

In framing campaign messages that subtly incite Igbo against their host and neighbour, JK will, for instance, conveniently forget to acknowledge that those he accuses of “monopolising” power in Lagos in the last 20 years have never discriminated against Igbo pupils when offsetting WAEC or NECO fees in public schools.

No one has formulated deliberate policies to prevent Igbo from running their legitimate businesses in Lagos.

Neither has the state employment policy ever been sectional. Non-Yoruba today account for over 40 per cent of teaching staff in Lagos public schools.

But many saw this coming the moment JK, obviously out of political desperation, began to sound more like Igbo champion than someone aspiring to be governor for hundred more ethnic nationalities in Lagos.

Nor will JK also be charitable enough to acknowledge that an Igbo man, Ben Akabueze, made history as the longest serving state commissioner in Nigeria by serving four terms in Lagos in the strategic Budget Ministry under Tinubu and Babatunde Fashola.

Like someone already put it jovially, to truly prove his love for Igbo, maybe Agbaje should have started by throwing wide open to them the doors to his community pharmacy in Apapa for free medicine.

In contrast, I have not seen any signs of obsession for power or the desperation to do anything to attain same in BOS over the years.

Rather, by personal example, he has demonstrated that you don’t necessarily need political power to impact the community.

This perhaps explains why when he was not re-nominated as commissioner in 2015, not once did the charity outreach he had instituted and nurtured over the years stop. From his own personal pocket, he never stopped passing supports quietly to orphanages and lifelines to indigent patients unable to pay hospital bills.

Of course, BOS is younger. But grey hair isn’t fair ground to put JK down. Rather, what should alarm us is the age of his ideas. Consider just one example.

The PDP candidate has promised to funnel whopping 50 per cent of state budget into education to create in Lagos what he fantastically dubbed “an education/knowledge economy” as the fulcrum to making it the second largest economy in Africa by 2029.

Such outlandish proposition is bound to elicit a standing ovation in beer parlours and other unenlightened circles. But it only exposes JK’s shallow understanding of the basic rudiments of efficient resource-allocation in the public sphere.

Even by United Nations standard, the universal benchmark for education-funding is 26 per cent – a target most municipal authorities across the world still find unattainable. (The national government in Nigeria is, in fact, still struggling to meet six per cent in the ratio of budget for education.)

Pray, if JK packs 50 per cent of Lagos cash into his quixotic education parks, what margin then goes into equally critical subheads like healthcare, environment and security in a jurisdiction of estimated 20 million people?
To say nothing about the construction or maintenance of road infrastructure and traffic management!

But grey hair isn’t fair ground to put JK down. Rather, what should alarm us is the age of his ideas.

From his exuberant tone, it is possible that JK may have been leafing through the memoirs of Lee Kuan Yew, the philosopher-king who transformed Singapore (a city state like Lagos) from near destitution in the 60s to the First World within three decades by first prioritising education.

But if indeed JK or his handlers understood the South-East Asian visionary well, they should have realised that the Singaporean feat was not achieved by merely throwing more cash at education or indulging in empty sloganeering.

Rather, it resulted from a sober diagnosis of the real challenge and a conscientious implementation of a sustainable action plan that soon ensured the availability of better educated and skilled workforce to meet industry demand within a reasonable time-frame.

Well, maybe what JK meant is a re-ordering of policies, reinventing the curriculum with a view to ensuring the optimisation of even the little fund available for education and equipping the Lagos school-leavers with usable skills and knowledge to take advantage of the boundless opportunities offered by the global economy in the 21st century.

On the contrary, in my view, BOS has, through various public engagements in the last few months, undoubtedly demonstrated a sharper grasp of relevant issues in public governance, bringing to bear his rich experience in the private sector.

I, therefore, have no doubt he is better equipped with the mental capacity and the emotional balance to be governor for all Lagosians.