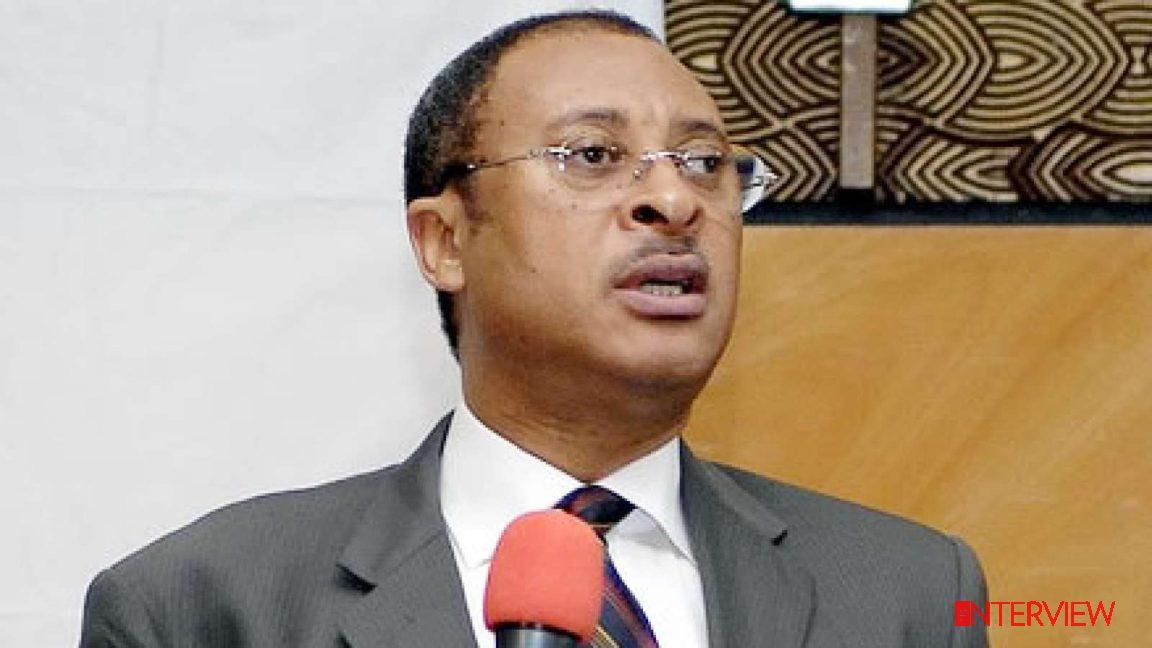 Professor Pat Utomi is worried that those who have the capacity to expand the Nigerian economy are leaving the country / Photo credit: Pulse.ng
218
SHARES
ShareTweetShare
PinShareShareShareFlip

Professor of political economy and founder of the Centre for Values in Leadership, Pat Utomi, shed light on the shape of things to come in the economy and politics in 2019. It’s a valuable guide:

What is your economic projection for 2019?

It is hard to make any serious projection for 2019 because there is a great deal of uncertainty caused by the nature of the elections. Some people are even thinking the elections may not take place. Some foreign governments are already projecting that it would generate violence.

Those who even think they know the outcome think that after the elections, the level of resentment in the country would be so high that waves of popular reactions may slow down any economic activity. So, what you have is a situation where people are not investing. And when people are not investing, you are going to have issues with economic growth. So, this brings about a great deal of uncertainty.

Already, there are very high levels of unemployment caused by these same factors. People are holding back, not wanting to make any investment decisions and all that. So, in 2019, if things get going, it would be six months before any decisions are made.

Are you saying there would be another recession?

I don’t want to use words like recession. But I don’t think there will be significant growth.

Some are projecting two to three percent growth. Is that feasible?

The global economy itself will pick up. But a lot will depend very much on local conditions. My big fear is that even with two per cent growth, population growth is already in the neighborhood of three per cent. So, two per cent isn’t any growth at all. But it could be worse if we get dipped into violence and some of the other things that I fear.

Some foreign governments are already projecting that it would generate violence. Those who even think they know the outcome think that after the elections, the level of resentment in the country would be so high that waves of popular reactions may slow down any economic activity.

What impact do you think the 2019 budget will have on growth?

Well, election budgets obviously are designed to drive growth. But as you can expect, that will be a general inclination of things. Initiatives like the TraderMoni and its variants that are being put on the table.

If they are properly managed, they will have some of the impact that familiar programmes had in Brazil; that is, broadening the base of the economy. That will begin to push growth at the bottom of the pyramid and will succeed relatively more than when policy opportunity focused on a narrower top of pyramid which led to buying of private jets and all of that. That is the direction I see that things can go if the initiative is even through.

The government appears not to be able to create jobs at the same rate at which graduates are joining the workforce. Is there any radical solution to this?

Well, I think there is even something more dangerous. Those who have the capacity to expand the economy are leaving the country. The rate at which our finest professionals, who currently are working as managers and executives in professional consulting firms, are leaving and heading to Canada; I am shocked and surprised that there is no strategy to try and encourage them to stop leaving.

It is almost like someone is trying abandon a sinking ship the way they are going. That is at the top and of course, at the bottom, the Sahara is their path to see if they can get to the Mediterranean. So, I think the incentives to get those kinds of professionals to become more entrepreneurial will help in broadening the base and lead to more growth.

In the banking sector, we are seeing a lot of applications and software replacing jobs. Should we be expecting more job displacements?

We are entering or have entered industry 4.0. We have entered the fourth industrial revolution and technology will keep changing. Not to catch up maybe to drop off. We are going to embrace a lot this technology that will reduce the number of people we need in the work place.

If we apply the innovations to new possibilities, we could create more jobs. The question is what kind of incentives are we providing to make that happens? Soon, blockchain is going to be the defining factor. What block chain will do, even in areas that you will be amazed such as law, in areas such as audit, with blockchain, they won’t require all these professionals to do so well.

Technology will take care of all of that. So, there is need to worry about how jobs are provided. We may need to focus on and grow more strategically. The tourism sector for example, Nigeria can be a very attractive place.

But we never manage to do the things that make Nigeria an attractive place to visit. The advertisement of Nigeria around the world as the poverty capital of the world, the projection and suggestion that life is unsafe in Nigeria, which is far from the truth, take away from Nigeria’s potential in some those sectors. So, we need to do something that makes someone who arrives at our airport or entry borders to feel welcome.

You participated in the governorship primary for the APC ticket in Delta. What was your experience with that?

My experience as widely advertised is that there were no primaries at all. The whole process was fraudulent. It gives a lot to worry about for Nigeria’s democracy. I have just been speaking this morning about the passing away of former President Shehu Shagari who I had the privilege of working with and to compare the dignity and civility of a man like that to the kinds of things we see today.

You wonder if it is the same Nigeria that we live in. There is a new fascism that is creeping into Nigeria essentially represented by party bosses. Nigeria does not have political parties. It has vote grabbing machines which consistently live a lie.

It is not a sustainable thing. It goes for a while. Just like fascism broke down in Europe, this new fascism in Nigeria is going to break down. How soon or how much damage it will do in Nigeria before it breaks down compared to what happened in Europe in the late thirties is what is left to be seen.

The way the primaries were conducted raised questions about the party chairman’s administrative capacity in managing a political party. But does the President also deserve a share of the blame?

The style of the President is to be above the fray. That is his personal style. I think the National Working Committee of the of the APC should feel ashamed of itself that it allowed the Chairman to completely railroad all processes.

I was trying to outline what was required in law, in the case of the one I participated in, and not one of the processes was complied with. It was impunity at its very worst. People like Niyi Adebayo and co sat in that kind of National Working Committee without feeling ashamed of themselves.

Muiz Banire, you can give him credit, even in a more organized NWC, was continually pointing to what was wrong. But the rest of the guys that work with Adams Oshiomhole just behaved like stooges and they allowed him to make a mess of the party.

There isn’t a party standing. The bad thing is that it is not just the APC. It is across the board with the major parties. APGA was a greater disaster. But the APC one is more disturbing obviously because of the way he went about it because it is supposed to be the party at the centre.

We may need to focus on and grow more strategically. The tourism sector for example, Nigeria can be a very attractive place. But we never manage to do the things that make Nigeria an attractive place to visit. The advertisement of Nigeria around the world as the poverty capital of the world, the projection and suggestion that life is unsafe in Nigeria, which is far from the truth.

The President just kicked off his presidential campaign. He is still focused on fighting corruption and ending insecurity. Are these what matter to Nigerians today?

Corruption is important. It is the very reason I supported him in the first place. Corruption in Nigeria is very high. But it is a little bit distracting to go out and campaign against corruption when the whole system is around you is corrupt. Nothing can be more corrupt than the primaries that just took place.

So, there is a credibility problem when you are talking about corruption from a cesspit of corruption. What can be more corrupt than the way exchange rates were managed a few months, years ago? There is a confusing signal in that sense. What Nigerians need now is rule of law, law and order, and job creation. Jobs, jobs, jobs.

That is what Nigerians need. They need to be able to eat three meals a day. Many of them don’t. There is poverty all over and people are really struggling to be human in the midst of possibilities of plenty.

The PDP and its presidential candidate, Atiku Abubakar are hammering on unemployment rate and job creation. Do you think they have a stronger message than the APC?

To be very frank, maybe the fault is mine, I am not hearing any message at all anywhere. There is an occasional statement that I hear. Maybe I am the one who is not listening. But I am not hearing messages.