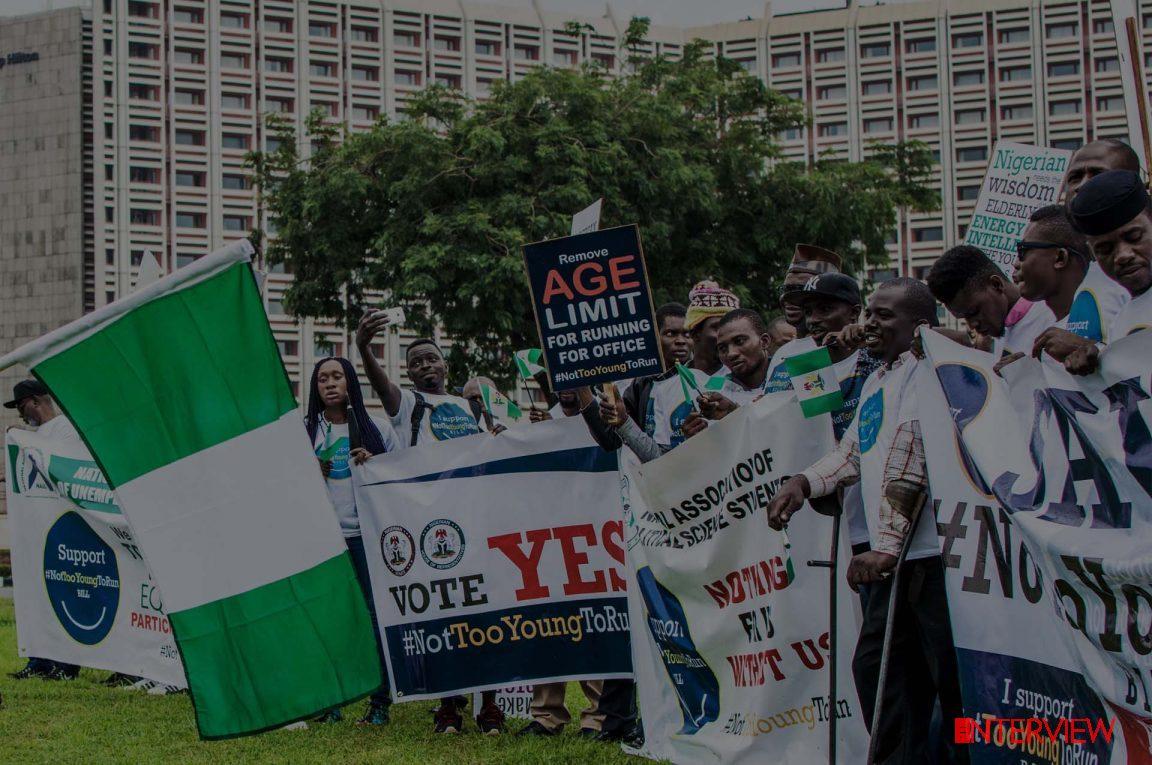 The 2019 elections will probably have the highest number of young people ever to aspire to Nigeria’s presidency / Photo credit: dailyadvent.com
48
SHARES
ShareTweetShare
ShareRepostPinterest

The general election in 51 days will be different from previous ones in nearly two decades in many ways. Money is one way. At this time in a “normal” election cycle, politicians would be in a rat race to outspend one another.

After four years of largely empty promises, they suddenly discover that they need to return to voters who wait in ambush on empty tanks, knowing that it would be another four years before this cycle repeats itself.

At a point, it didn’t look like it would be different this time. For example, the hefty cost of nomination forms by the two leading parties – the All Progressives Congress and the Peoples Democratic Party; the dollar bazaar at the PDP convention in Port Harcourt; and the estimated N26billion shelled out by PDP and APC for the governorship election in Osun State, suggested that the stage was set, once again, for a tidal wave of campaign spending.

But the “flows” have since dwindled. A number of advertisers quoted in an article in ThisDay in October, attributed the weak spending to the state of the economy and the flux in the parties, saying that they expected spending to rise before the end of the year. That has not happened.

An article last week by the Special Adviser to the President on Political Affairs, Babafemi Ojudu, which went viral, said, “The coming presidential election will be the cheapest ever in the history of our country.”

He continued, “This government will not loot the treasury or empty the Central Bank to buy votes. Money meant for arms will not be diverted to buy prayers from pastors and alfas.” With Dasukigate still fresh and roiling, prudence is APC’s insurance against defeat.

Yet, there were hints at other motives. The APC may well be applying the bitter lesson it learnt as an opposition party in the 2015 election.

There’s no time in the history of Nigeria’s election in the last two decades when so many young people have shown interest in contesting the highest office as is the case now.

When the presidential election was first scheduled to hold on February 14 of that year, the APC was enjoying considerable momentum. With public confidence under former President Goodluck Jonathan waning and the war on Boko Haram slipping, the PDP government was losing grounds. APC was miles ahead in goodwill and propaganda, but there would be problems elsewhere.

The PDP government announced that the election would be shifted by six weeks. Not just that, it turned on the spending taps, releasing an estimated $289m to the NIA one month to the new election date in March, apart from hundreds of millions in different foreign currencies that had been released a few months earlier.

Various government-linked shadowy groups with cash pipelines from NNPC, joined in the splurge, funnelling money into the PDP campaign funds with the same ferocious zeal with which they lined their own pockets.

The APC was in a quandary. Top politicians in the party could hardly pay their bills. It has been said in some authoritative circles that if the election had been postponed for another three or four weeks (the law did not permit that), PDP might have bought its way back to power.

If APC didn’t know before, 2015 was the year when the party learned the terrible lesson that in politics, money begins to speak long after propaganda has lost its voice. APC managed to cross the finish line, but the lessons of that austerity are resonating in the current drama on how campaign spending could be a game changer.

Age is also another thing about 2019. There’s no time in the history of Nigeria’s election in the last two decades when so many young people have shown interest in contesting the highest office as is the case now. Between 1999 and 2015, for example, the average age of the youngest contender for President was 58, and that was in 2007, when 25 candidates were on the ballot.

The hope is that this new, younger crop of contestants would tap into the prevailing angst and frustration of younger voters and inspire them to get involved to bring about change.

Even though the candidates of the two main parties in next year’s election are above 70, the average age of 30 of the presidential candidates on the ballot is 52.

Why does this matter? INEC Chairman, Mahmood Yakubu, said in August that this demographic could be the decider. The hope is that this new, younger crop of contestants would tap into the prevailing angst and frustration of younger voters and inspire them to get involved to bring about change. The not-too-young to run campaign, for example, showed what is possible with effort, persistence and hard work.

Even if the younger contenders do not succeed in shattering the glass ceiling of gerontocracy this time, they may yet leave enough cracks to make its collapse inevitable sooner than later. Perhaps more than any other election before it, the next one presents the biggest opportunity yet for youthful energy to disrupt and strike a telling blow at the heart of gerontocracy.

The next election would also be different in a way that the government would not like to think about. The country would be going into the election with one of the highest pre-election unemployment rates in 19 years.

Latest figures by the National Bureau of Statistics put the unemployment rate in the fourth quarter of 2018 at 23.1 per cent, the second highest since Jonathan went into the 2011 election with unemployment at 23.9 per cent. That’s grist for the opposition’s mill.

The government has fought back suggestions of poor economic management by blaming PDP for looting $383billion (earned in five years) from the treasury, compounded by falling oil prices, especially in the early stage of the last four years.

The good news is that the parties have signed up to debate issues. And now more than ever before, with many taps for easy money turned off, bread and butter would play a big part in the outcome of the elections.

Except under military rule when betrayal was the name of the game, the generals have always tended to be in the same corner. They rallied in 1993 to block MKO Abiola and, in 1999, they installed Olusegun Obasanjo. When they got fed up with Jonathan’s incompetence, they rallied again to install another of their own, Buhari, in 2015. Now, things have fallen apart.

Although they have become less influential over the years, mainly as a result of corruption that comes with political exposure, retired generals still manage to pull the strings.

Even if the younger contenders do not succeed in shattering the glass ceiling of gerontocracy this time, they may yet leave enough cracks to make its collapse inevitable sooner than later.

This time, however, they are pulling the strings over their own divided house: Obasanjo; General Theophilus Yakubu Danjuma (former Minister of Defence); former military President, General Ibrahim Babangida; Sultan X, the progeny of Uthman dan Fodio; and Nigeria’s most dangerous spy alive – General Aliyu Gusau – are ranged in a convenient alliance against Buhari.

Voters who have been under the thumb of Obasanjo’s relentless political meddlesomeness in the last two decades, for example, should prepare to resign themselves to Obasanjo’s immortality if Atiku wins, or to nail his political coffin and post his epitaph if Buhari wins.

Heads or tails, this election carries the most expensive political price for the ageing military oligarchs.

Though it’s the third time in nearly two decades when the two leading contenders in the race would be from the same ethnic group (the first being in 1999 when Obasanjo and Olu Falae clashed, and in 2007 when Buhari and late Umaru Yar’Adua faced each other), this is the first time when ethnic politics would recede as the leading candidates go toe-to-toe on the strength of their grit.

With the outliers vowing that they are not just in the race to mark the register, and big post-defection disputes waiting to be settled in brutal local turfs, this election might well upstage the last one for excitement.