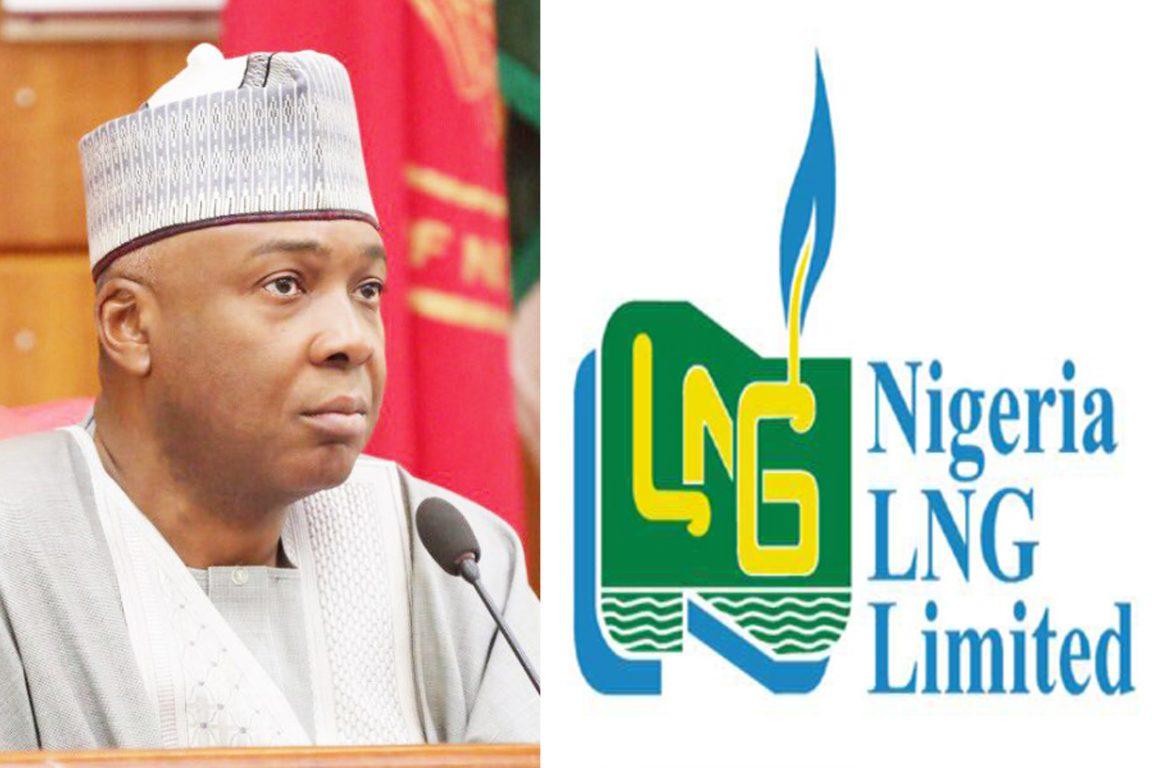 The Senate President, Bukola Saraki, set up an adhoc committee to probe the use of NLNG's N378bn dividend
50
SHARES
ShareTweetShare
ShareRepostPinterest

The Senate in the first week of November 2018 raised dust on and set up an ad hoc committee to look into how the Nigerian National Petroleum Corporation (NNPC) used N378 billion to cover the under-recovery cost of fuel supplied to Nigerians.

The N378 billion was a dividend from the profit made by the Nigeria Liquefied Natural Gas (LNG). Nigeria has a 49 per cent stake in the NLNG through the NNPC.

It was in the same week that the United States daily crude oil production hit 11.6 million barrels, the largest in the world. While that was in the news, with all its implications for Nigeria as a crude oil exporter, the NNPC was finalising the details of the Seventh Train at the Nigerian Liquefied Natural Gas (NLNG) plant.

As labour planned to go on a nationwide strike over the agitation for a new minimum wage with the potential to disrupt fuel supply in the country that week, the NNPC management was busy working to ensure that fuel supply was not disrupted by the averted strike.

It was also in the week that the United States re-imposed its unilateral economic sanctions on the Islamic Republic of Iran with the main aim of curtailing Iran’s oil exports. The action has the potential of destabilising the global oil industry.

Justifying the establishment of the ad hoc committee, the leader of the opposition party, Director-General of the Atiku Abubakar Presidential Campaign and President of the Senate, Dr. Bukola Saraki, said he set up the committee because “it was clear to me and my colleagues that there are certain irregularities being perpetrated and we should let Nigerians know the truth.”

“As it turned out, the money in question was not diverted nor misappropriated by anybody. And the decision to use it for a national cause was not decided unilaterally by the NNPC.”

On the surface, the Senate appeared to simply be playing its oversight function and ensuring that all monies spent by any government agency must be part of the budget as appropriated by the National Assembly.

However, political motive was the obvious driver and the bedrock of the whole exercise by the Senate President because the Minister of Petroleum Resources is President Muhammadu Buhari of unimpeachable integrity, who a section of the Senate, in a corruption fightback, would love to link to any wrong-doing to tarnish his image.

As it turned out, the money in question was not diverted nor misappropriated by anybody. And the decision to use it for a national cause was not decided unilaterally by the NNPC.

It is in the public domain that the National Economic Council (NEC) and the Federation Account Allocation Committee (FAAC) granted approval to the Nigerian National Petroleum Corporation (NNPC) to use the money in question to pay for imported petroleum products consumed by Nigerians.

The News Agency of Nigeria (NAN) said in a news dispatch that a member of FAAC, who chose not to be named, said Maikanti Baru, the Group Managing Director of the NNPC, briefed NEC and FAAC before the fund was used. Both NEC and FAAC are composed of the topmost financial authorities of the three tiers of government in the country.

Reports indicate that the dividends were paid to the NNPC during the fuel scarcity between December 2017 and January 2018. The money was used to shield Nigerians from the potential pains of fuel scarcity and save the economy from relapsing into recession.

The News Agency of Nigeria further quoted sources in the Central Bank of Nigeria (CBN) saying that the NNPC obtained the $1.05 billion in question as a revolving loan.

“Going by the ordinary meaning of the quoted provisions of the NNPC Establishment Act 2004, one cannot see where the NNPC broke its establishment law by applying that money. This is especially valid as the money was used to protect Nigerians from the destructive effect of a looming fuel scarcity.”

Checks indicate that Section 7 (4) (a) and (b) of the NNPC Establishment Act 2004 empowers the Corporation to defray costs from loans, grants or its revenue.

The Section provides: “The Corporation shall maintain a fund which shall consist of:

(a) such moneys as may from time to time be provided by the Federal Government for the purposes of this Act by way of grants or loans or otherwise howsoever; and

Going by the ordinary meaning of the quoted provisions of the NNPC Establishment Act 2004, one cannot see where the NNPC broke its establishment law by applying that money. This is especially valid as the money was used to protect Nigerians from the destructive effect of a looming fuel scarcity.

Furthermore, the News Agency of Nigeria said: “The CBN source explained that the NNPC had fully complied with and implemented the approved Treasury Single Account (TSA) rules, in utilising the money.”

That compliance is a mark of transparency, respect for rules and procedure, which the administration of President Muhammadu Buhari is known for.

The source told the News Agency of Nigeria that it was “unfortunate” for anybody to accuse the NNPC of misappropriating the fund.

NNPC spokesman, Ndu Ughamadu, said the Corporation operates a “regime of under recovery” (not subsidy) since it is only the National Assembly that can appropriate on fuel subsidy.

The NNPC spokesman said dividends from the NLNG were paid into an account managed by the Corporation as a major shareholder in the business.

Given the explanations by different sources and the clear provisions of Section 7 (4) (a) and (b) in the NNPC Establishment Act 2004 which gave the NNPC the power to use part of its revenue, any grant or loans to defray operational costs, many observers may rate the action of the Senate as unnecessary and politically motivated.

The Senate should exclude the NNPC from such politics to allow it contend with the current turbulence in oil prices.

A poser: Can the Senate open its accounts for scrutiny by Nigerians?

Salisu Saleh Na'inna, known more as Salisu Na'inna Dambatta, is a professional journalist who worked as a reporter for the Triumph newspapers in Kano; was Daily Times Chief Correspondent, Zone "A" Kaduna; and a former member of the Editorial Board of the New Nigerian Newspapers. Salisu worked for the Hausa Section of the BBC World Service as a Producer in London. He later joined the Federal Civil Service as an Information Officer where he rose to the rank of a Federal Director of Information.