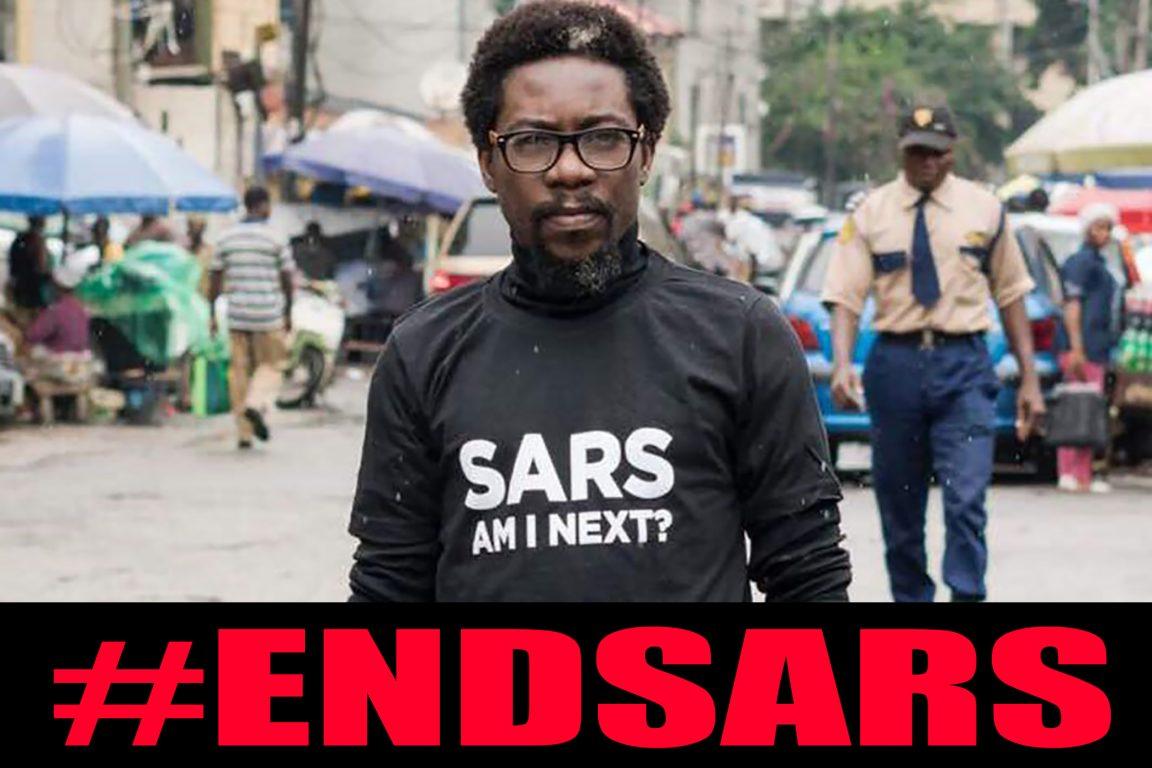 In this interview, EndSARS Campaign Convener Segun Awosanya, popularly known as Segalink, revealed the challenges he faced leading the #ENDSARS campaign and how the group’s activities have been funded.

You championed the #EndSARS campaign along with other activists and as a result of the campaign, the Federal Government issued an order to overhaul the Special Anti-Robbery Squad (SARS) of the Nigerian Police Force. Has anything changed with regard to SARS brutality of citizen since the order was issued?

A significant change has been recorded in the reduction of incidences of SARS, SAKS and SACS impunity but this has revealed the rot in the police formation itself as far as incessant and indiscriminate raids are concerned at the behest of the commissioner of police of most states including the FCT.

We have reasons from the national pattern to believe this is a money making syndicate spearheaded by commissioners while the state governors play dead. Also the pronouncement by the acting President (at the time) was a bit ambiguous as it may have been interpreted as a request for the police to reform or overhaul themselves.

What ought to have happened was a meeting with advocates and a dialogue on way forward based on the recommendations in the know. The overhaul ought to have been carried out by the Police Service Commission (PSC), National Human Rights Commission (NHRC), the Ministry of Interior and the CLOs.

The collaboration these group would have yielded a more sustainable outcome than the window dressing we have now. We are beginning to see a relapse. What the pronouncement did however was to prove us right and confirm the admittance of the state on failure of internal security architecture.

You don’t fix such with a mere political pronouncement where the police are meant to be a judge and jury in their own case.

How much has the campaign cost you personally? Who are your sponsors?

The campaign no doubt is very expensive as no politician however rich can afford to campaign for six months let alone for over one year trying to reach and enlighten hearts and minds. It is more like an ideological warfare that requires interpersonal engagement based on the currency of trust.

It has taken a lot from me and also our team of patriots who have given their all to the movement and advocacy. The cost cannot be quantified in monetary terms for there are ample amount of social costs also.

Nigerians are the sponsors of this campaign as it borders on our common ground. We are all affected one way or the other since Police impunity and brutality has no respect for political parties, religion or tribe.

We all have families, loved ones and children we care about and certainly this is no legacy we hope to bequeath to them. The advocacy is majorly self funded for the now and soon after the launch of the Universal Institutional Reforms Advocacy Foundation (UIRAF), we will open to the public for contribution in every ramification.

We are however in the debts of credible individuals who insist on taking off the cost of Logistics and allowances to legal volunteers, off us with their financial support. We have published such donations and rendered the account of spending publicly.

“We have reasons from the national pattern to believe this is a money making syndicate spearheaded by commissioners while the state governors play dead.”

What major challenges have you faced since you decided to lead the campaign?

The #EndSARS #ReformPoliceNG Advocacy is just a single program out of many modules engineered towards raising awareness and Nation Building. A vision that was hatched over 10 years ago even before the birth of Twitter.

Being a Convener of this is no different (from my perspective that is) from being an ordinary citizen expressing himself within the social political space. The advocacy in its entirety wasn’t designed with vertical collectivism in mind.

Everyone is a leader in their own right and we all apply ourselves side by side under the common ground and vision of the cause. The platform operates on the philosophy of the Blockchain model. Each block as connected to the main chain is self sustaining and can break further into different chains as aligned with the overall vision.

. “It has taken a lot from me and also our team of patriots who have given their all to the movement and advocacy. The cost cannot be quantified in monetary terms for there are ample amount of social costs also.”

You do not hide your support for some Peoples Democratic Party chieftains. Don’t you fear their image could damage your hard earned image as an activists?

We must always shun the cognitive dissonance of the children of perdition, whose life purpose have mostly been inverted and converted to monitoring the affairs of others they consider to be a threat to their draconian populism.

The projection of personal failures has nothing on me as I am who I am and not who they are. Only political illiterates see PDP or APC. I see politicians. There is no known or defined ideology that separates the two factions save from access to power and opportunity.

Thus my support for any candidate shouldn’t make me or confer membership of their party to my person. It should be noted that I have shown support for many genuine candidates/aspirants in the APC likewise, you should wonder why the e-rodents and online herdsmen didn’t make an issue of this.

Democracy can’t flourish amidst hate neither can justice take root amid rage. We must dissent from the indifference, apathy and FEAR. We must condemn the evil politics of hate that suggests anyone holding the leaders to account is an enemy of the state and supporter of looters.

Criticising the APC leadership shouldn’t make me a PDP apologist. In fact what taints the image of any responsible person is the association with people in bed with the opportunists of now. They hate the truth and associate it with fraud.

Finally let me state categorically that I have never introduced myself as an activist. That is not who I am. I’m No One. Just a random citizen contributing my own quota for the future of my children’s sake.

No one should confer any title to me that they would threaten to take away once their sentiment is not caressed. He that is down need fear no fall. People who didn’t promote me cannot succeed at demoting me.

I seek no validation from any soul so nothing I do can taint my stance. My conviction is deep and would drown most of the people being worshiped by political illiterates enslaved mentally today.

“We must keep in mind also that power comes at the expense of change and vice versa. This is why most good guys become transmogrified shortly after being stampeded to power. The rule of the thumb here is a reorientation of what leadership means.”

What’s your take on the forthcoming 2019 presidential election? Would you support an outlier?

The educated elites are most often obstructed from seeing the bigger picture, thus falling victim of the same plague of perpetual aspirants who can’t get above the vices of the elevation of self above the interest of the collective.

What exactly is more important, you being President or change? There are two defined and tested paths to power. The first being the weight of the force of the masses and second, by alliance with someone who already have overwhelming public support.

We must keep in mind also that power comes at the expense of change and vice versa. This is why most good guys become transmogrified shortly after being stampeded to power. The rule of the thumb here is a reorientation of what leadership means.

It is not about the individual but his ability in competence and capacity to create a platform for others to express themselves without allowing his ego to frustrate the efforts of others towards the set goal.We demonstrated this with the #EndSARS campaign. Where is your clear message dear candidates?

What we have seen is nothing but general posturing and not definitive position. #EndSARS was clear and void of ambiguity. #EndSARS #ReformPoliceNG period.

It was direct and assertive.Since most of the new candidates don’t have overwhelming support across interests (common ground) that leaves them with alignment via viable coalition but unfortunately persons of interest that are the focal/rallying points have shown intention to run themselves and they won’t come to your page unless you go under their canopy.

So you see the dilemma? Most of the new entrants into the political game don’t quite get what is at stake. They are mostly yet to conquer themselves enough to create an ideal that is worthy of attracting the kind of revolutionary following that should be expected.

I believe also that no one deserves the right to tell anyone who to vote. Let everyone vote their conscience for the sake of their children. I am however certain about one thing…the aberration of now must not be allowed to continue.