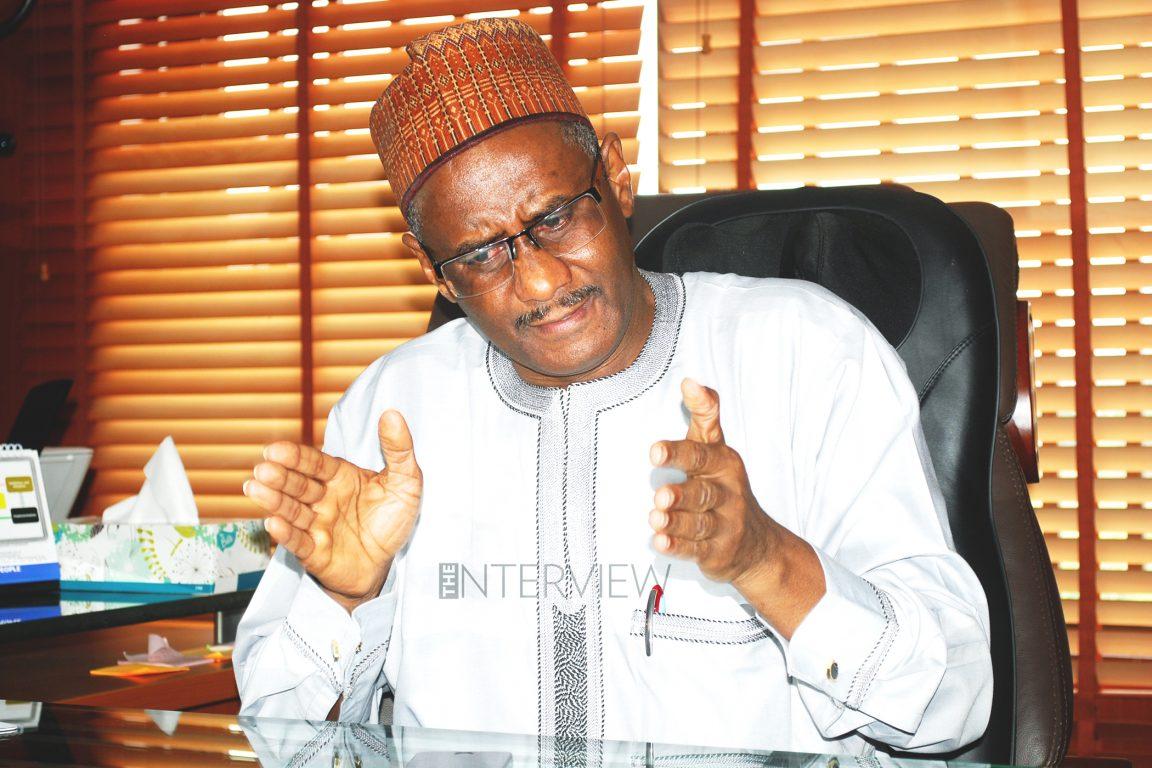 In this third and final part, the Executive Secretary of the NHIS, Professor Usman Yusuf, said he has nothing to hide and is not afraid of investigations.

The question everybody is asking is why you are in conflict with everyone. First it was the minister, then some staff and now the governing council and HMOs. Can you still remain in office and function effectively when the entire industry has turned against you?

No, it is not the entire industry. Who am I working for? Who is the industry? When people come and say industry, what is industry? HMOs? That’s why they say industry. No, I am not here to work for industry.

My primary responsibility is to our people. They know the truth. They have seen the difference since I have been here. Hospitals are being paid. We have desk offices in major hospitals that are advocating for our patients.

But I will continue. If I were playing ball as they want, you think there will be noise? There won’t be. But I put everybody on notice that we must do the right thing. You do the right thing, we work. Nigerians are seeing the difference.

That is why we came to NHIS, to make a difference. I am not here working for HMOs, neither am I working for any interest group. My biggest interest group is my people, Nigerians. So yes, I am doing what no executive secretary has done, shaking the tree, making them realize who they are. We are working for people and they will pay back.

It no longer matters who is right or wrong. A division has been created that is threatening NHIS as an institution. How can you close this division?

My goal is to be focused and speak to Nigerians straight. Let them know what we have done and who is fighting us. Do you think this fight will stop? No, it is a never-ending fight.

We are in the middle of the electoral season and President Muhammadu Buhari has consistently faced accusations of ethnic bias. Do you think it possible that you have become a political liability to the President?

People that were suffering, where were they from. All of a sudden, you are turning ethnic on me. If anybody says ethnic or religion, then you don’t know this person. You do not know me. Politics is full of mischief.

And for me, if anything, I am an asset. I am a foot soldier of fighting corruption in this country and this agency is where I am. And I will restructure this agency to serve our people. People can say whatever they want to say, the records are clear.

Under your leadership, a parallel union was created. Why do you think this was necessary?

Why don’t you go and ask them. The constitution, the right of association is enshrined in our constitution. You can have NHIS association of Idomas, Igbos, Yorubas and they will be collecting money.

I have never cared to be involved in the union issues because I have always said this is for kids. I am not a union member, they are not representing me, let them go and sort themselves out.

You didn’t encourage this?
Why would I bring a union, why? Everybody has a right of association enshrined in our constitution. If you are not being served well here, create your own and get served better. It is the welfare of people. I have bigger issues than this union issues. I have bigger issues and the biggest issue is how can we help our people?

We still are in the middle of a crisis. What is your plan moving forward?
What crisis? Council did what it was not supposed to do. This is the law. We are not living in a jungle. There is a law in this country. This is impunity and rascality, no respect for higher authorities. People need to understand the fundamental error of this Council.

Good men and women, they have erred by overstepping their bound. I am a chief executive of this place. No GM should do what is not their right to do. This is beyond your purview. You don’t have respect for authority.

If there is anything against me who is a member and secretary of the council, there is a chain of command, how to do it. Stick to that. If we don’t respect the law, then everybody will do whatever he wants to do.

If I don’t respect the law, then I will fire all the GMs here and I don’t have the power to do that. And the council that is a part time council overstepping its bound to do that, on whose authority? This is not only irresponsible but disrespectful of constituted authority.

If Usman Yusuf stole this, you want to try me on the pages of newspapers or on tv or early morning talk shows? There is ICPC, EFCC. The other day, I was sitting and watching tv with my daughter, and she said they are talking about you.

I said they will continue to talk about me until the end of time. In saner climes, I will sue them all. So, it is all allegations. Every human being in this world, we all need lawyers to advise us properly, to do the right thing. What they did was disgraceful. I am ashamed to be associated with that kind of decision. I wasn’t there. But they were wrong.

“All of us can be fired today and this thing will continue. We can have all our arguments. This is what I say, let us argue, let us fight but let it remain within the council and not go public. Are we going to be able to work together? Yes. Why not?”

Obviously, a line has been drawn between you and the Chairman of the council. Can the both of still work together and can the Council still function and carry out its mandate?

Yes. If it is a clash of personalities. We all need to sit down. It is not about me, the chairman or the council members. All of us can be fired today and this thing will continue. We can have all our arguments.

This is what I say, let us argue, let us fight but let it remain within the council and not go public. Are we going to be able to work together? Yes. Why not? We will work with anybody the government says provided we all leave our egos outside and realize we are not there representing ourselves or our agencies.