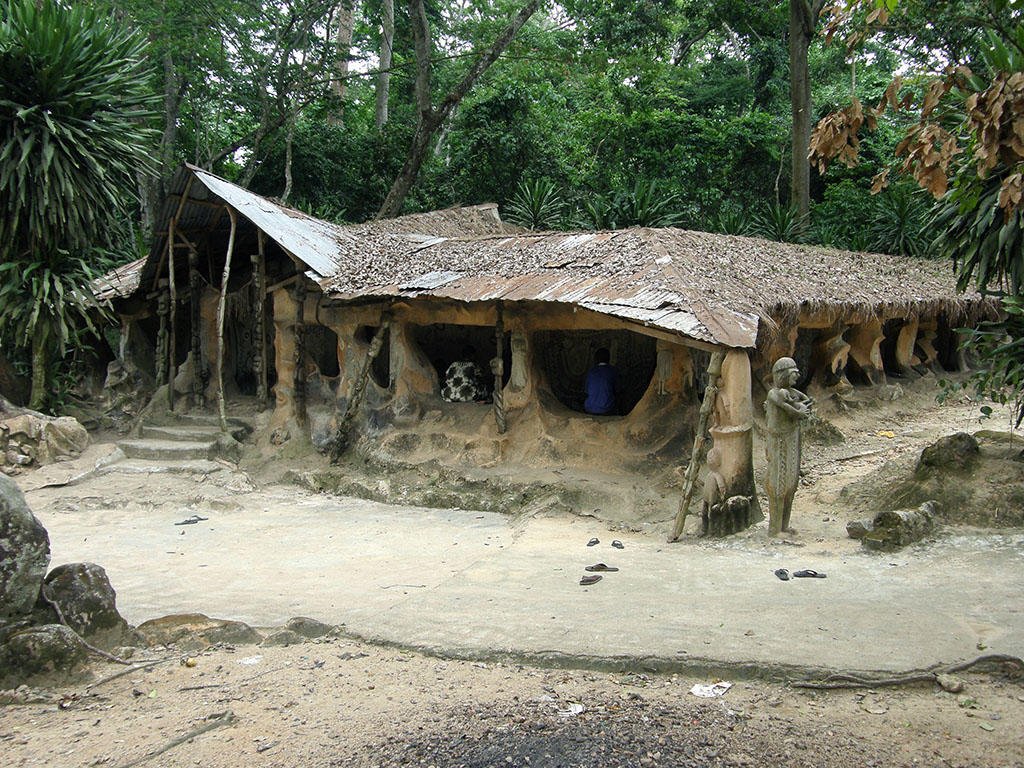 For many Yorubas, both within and outside the country, as well as cultural tourists, August is a month they look forward to in the tourism calendar. It is the month of the annual Osun Osogbo festival.

The highlight of the annual festival is the cultural procession to the Grove led by votary maid, Arugba, who carries the symbolic calabash.

For many the Osun Sacred Grove begins and ends with the Osun River where the calabash carried by the Arugba is emptied, but the Grove which is today listed on the UNESCO’s World Heritage Sites goes beyond the annual festival as it remains the largest longest surviving which has remained relevant.

From one of the two roads and several footpaths leading into the sacred Grove, the sounds of birds, animals like monkeys could be heard amidst the breeze pushing the trees on that sunny afternoon.

‘You are welcome to Osun Grove’ said the tour guide, Ayo, who met this reporter at the beginning of a tarred road that forms part of the pilgrimage route into the grove.
Along the road you will meet a sacred stone, metal objects, mud and wooden sculptures used in defining and impersonating the various deities inside the Grove. The Grove has a mature, reasonably undisturbed, forest canopy, which supports a rich and diverse flora and fauna – including the endangered white-throated monkey.

Some parts were cleared in the colonial period, and thick plantations and agriculture introduced. “The Grove is a highly sacred sanctuary where shrines, sculptures and artworks honour Osun and other Yoruba deities. It has five main sacred divisions associated with different gods and cults.”

As we approached the metal gate that stretches into the Osun courtyard where the temple, the Osun shrine and the river side altar are located, the tour guide pointed to a decrepit building, “this is the first palace.”

The first palace, according to him, is where the first Ataoja (Oba) of Osogbo, Larooye and his people first settled. It is located in the Osun courtyard and it houses the Osun shrine and the temple. The temple contains the sacred stone stool, the rock of authority of the Oba used some 500 years ago.

The tour guide said Susan Wenger was passionate about the grove and that she could not bear the abuses on the grove then. He also noted that at crucial point in the history of the Osun Grove, Mama (as Wenger was popularly called), tried to protect the Grove and with the support of the people formed the New Sacred Art Movement to challenge land speculators, repel poachers, and protect the shrines at the grove.

He stated, “She worked with local artists to create large, heavy and fixed sculptures in iron cement and mud, as opposed to the smaller traditional wooden ones, in order that their intimidating architectural forms would help to protect the Grove and stop thefts.

“All the sculptures were done in full respect for the spirits of the grove, with inspiration from Yoruba mythology and in consultations with the gods in a traditional context. The new work made the Grove a symbol of identity for the Yoruba people”.

As we moved behind the palaces upward in the Grove, we came across a rustic suspended bridge built over the Osun River by the colonial masters as in 1935.

For tourists, who are adherents of Sango – god of thunder – , the Grove provides an avenue to learn about the god as there is a place dedicated to Oya, one of the three wives of Sango. Ayo explained that the Grove has five main sacred divisions which are associated with different deities and cults.

The Oya bush is one of them and it was said to be the spot that the great hunter of Osogbo, Timehin first encountered the god of herbal medicine, called Osayin.

Oja Ontonto Shrine
Oja Ontoto market, according to the tour guide, is a mythological market where human and spirit beings are said to have interacted. It is the first market in Osogbo.

A traditional shrine is located at the market. Grinding activity is represented by oval pits out of the pre-Cambrian outcrops of stone slabs that cover the market space.

As we moved out of the interior of the Grove, one couldn’t help but marvel at the amount of history that comes with the Grove and the wisdom of those who thought it wise to preserve such for generations to come.