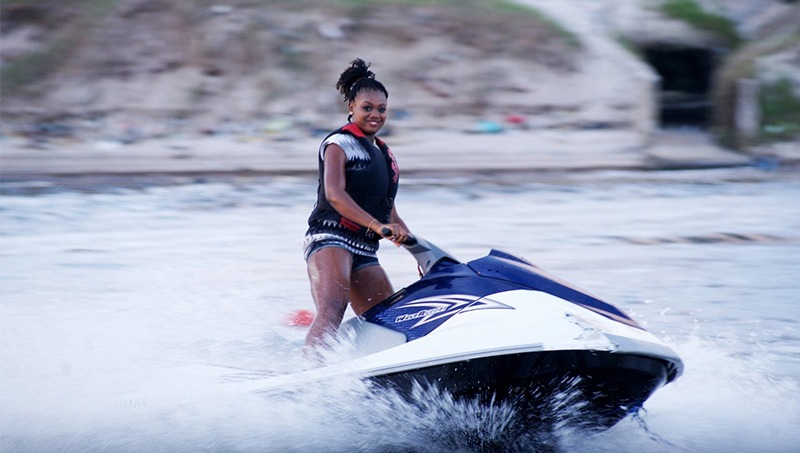 Ah, February. The month of love, requited and otherwise. The month to finally unleash the full force of your ceaseless gyming (those abs!) And try out the Aromatic Soulmate Attractor Serum you’ve read about in romance advice columns.

In short, it’s the month in which you make the move, take the great leap, sail out into the unknown with your beating heart as compass. Nothing ventured, nothing gained, eh? We’ve been more than a dozen weeks in and you’re feeling quite lucky. Frosted with divine favour, blessed by fate, chosen of the gods. Not only did you land a dream job with a multinational you also moved into a nicer neighbourhood. You know, palm trees, fountains, hard-eyed security guards, and even a few dog-walking captains of industry whom you make sure to greet every time you pass them. Just in case. Things are looking pretty good. But – and it’s a significant but – you’re still single. Unceremoniously and unremarkably single. Lone. Uncoupled. A disgrace to the family.  You’ve even stopped going to weddings. Because what’s the point? Why be constantly reminded of your deficiencies? But there’s something about 2018. Something in the air. The oven-fresh scent of boundless opportunity. So, you’ve been looking. You signed up on all the dating sites. Zoosk, Match.com, OkCupid, Tinder, FirstMet etc. You even started taking your mother’s recommendations seriously. There have been a few dates here and there. From the life-threatening to the instantly forgettable to the amiably disinterested. The first real one, two years ago, was with Simi. You had been chatting for a while, she liked all the photos you posted, and during her stay in Lagos you decided to meet. You chose the venue, a dingy but popular canteen next to the expressway. Your gateman told you about it. You wanted to show her that no matter how much success you achieved, you would always know your roots. A man who had fought his ego and won. A humble, relatable man. Down to earth and deeper. Besides, she seemed like the adventurous type. You were already sweating when she arrived, both shirt sleeves soaked. The smell of fried fish overpowered your Hugo Boss until it became the very air you breathed. She began to cough and didn’t stop until you rushed her to a clinic. You had already ordered two wraps of amala and ewedu. She never answered your calls again.

It took you a few weeks to recover from that blow. You went back to the drawing board. Analyzed your errors. Set down new strategies. So, a month later when Rose, a high school classmate you’d been stalking on Facebook sent you an invite to an event, you were ready. Her replies always came hours later and the conversation stalled after a few minutes but you were persistent. You double-texted and LOLed all her jokes, the few times she made any attempt. Your hard work paid off and one day out of the blue she asked if you wanted to hang out. You got a new suit. Go hard or go home, your mantra. You picked her up at her hotel, opened her door and complemented her on the way her skin caught the pale gold glare of the setting sun (you practised this one for two hours). She giggled. You were in charge. The dinner was at one of the fancier spots on the island. When you found seats you ordered champagne immediately (in accordance with LoveTrix.com). The dinner was going significantly better than you’d hoped. She was far more engaging in person. You were just about to open the second bottle only to find a man you’d never met staring you down by your table. Rose suddenly looked very uncomfortable. And it didn’t take you long to put two and two together. But you weren’t going to back down. You were a king in his domain. You cowered before no one. So you stood, and the physical difference was immediately staggering. He was built like a house. You offered your apologies and returned to the quiet safety of your automobile. It was a long drive home.

Sarah was the most painful. After a year of texting and FaceTiming fate intervened and brought you together at a work meeting in Port Harcourt. She agrees to drinks. You hired a PI and you had it on good authority that there were no possessive males in the picture. This time around you ditched your suit for something more egalitarian, a T-shirt and shorts. The problem was that you’d always been trying too hard, wasn’t it? No more of that, you say. She’ll take you as you are or not at all. Lunch is for 3 and you’re there early. As always. The image of confidence and calm. Cometh the hour, cometh the man. You decide to try the hotel’s complimentary samosas while you wait. She arrives. You let out a few jokes which are received well. You talk about work, family, sports. The conversation flows perfectly. You have the same goals and both grew up Methodist. You can feel your heart pulsing with pleasure, but it takes you a moment to realize that it’s not your heart but your stomach. You’re getting queasy. You manage to blurt out an “excuse me” and run to the bathroom. It takes you an hour and 45 minutes to divest your system of the samosas. When you return to the lobby she’s gone but left a note. You weep.

But that was last year and old things have passed away. You are reborn. Ready to take the world. You’ve always been attracted to Chiamaka in Finance but never worked up the courage to pursue it. You’ve been dying to ask her to be your Valentine but lacked the perfect romantic getaway set up.

No better soundtrack to a special time with a special person than the gentle ebb and flow of the ocean, timeless and unchanging.  There’s something about the beach that inspires  looseness and an intense feeling of satisfaction you get after a good meal. It’s hard to worry at the beach. The mood is calm and serene and indulgent. The palm trees dance to the wind’s sweet caress, the air is crisp and reviving. Breathe it in as the horizon stretches before you. And if your ultimate fantasy is riding a horse with your significant other, well, Suntan Beach & Resorts have got you covered.

Built between 1981 and 1989 in the medieval European style, Kajuru Castle is a boast of the enduring magnificence of classic architecture. It is a true beauty to behold. The structure consists of three floors rooms an actual Knights’ Hall. This is as grand style as it gets. Take walks through the grounds, sit and chat in the garden or take a dip in the gorgeous swimming pool. Unfortunately or fortunately, the castle can only host 12 individuals or 5 couples at a time. You want to hurry!

Located in Bauchi state, it is the nation’s largest national park and a tourist favorite. An estimated 20,000 tourists from over 100 countries were hosted in the year 2000 and its manifold delights continue to draw mammoth crowds. What are these delights you ask? The Reserve is said to contain the largest surviving elephant population and keeps a healthy population of other mammals well, such as the lion, hippo, buffalo, and roan. Never seen any of these up close? Well, here’s your chance. Visitors are treated to a variety of excellent suite options as well as a museum, bar and souvenir shops. Get in touch with your wild side and let love guide you.

You really want to make a splash? Look no further. The adrenaline coursing through your blood with each thundering dive and twist and lurch, complemented by the inexplicable pleasure of watching your spouse having the time of their lives. Give it a shot!

This one is for the true romantics. Working a 9-5 job and contending with traffic gives you enough thrills and what you really want is just some time away from it all with just the one person. A time to really connect away from the noise, away from the demands, away from the distractions. Complete with a restaurant, bar, swimming pool, this 12-bedroom private beach club is undoubtedly a great choice for a romantic getaway.

Now off you go! May Cupid’s arrows find their mark!