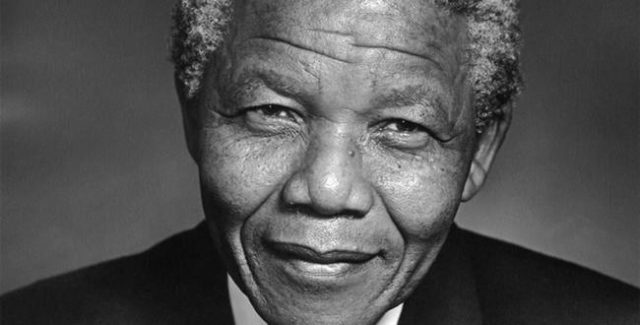 Lovebox
Where: Gunnersbury Park, London.
When: July 13-14
What to expect: A weekend held in Gunnersbury Park with a wide variety of musical genres including hip hop, indie, rock, grime and pop, as well as circus performers, cabaret and fringe acts.

The Luzhniki Stadium in Moscow will host the finale to the 2018 World Cup between Croatia and France. Russia’s sporting Mecca has previously hosted the 1980 Olympics, 1999 Uefa Cup Final and 2008 Champions League Final.
For more info: Fifa.com

The biggest and most beautiful of Japan’s summer music festivals, Fuji Rock once again returns to Niigata prefecture’s Naeba, welcoming a beefy lineup of both international superstars and local heroes. Bob Dylan, Kendrick Lamar and NERD headline, while Anderson .Paak, CHVRCHES, Skrillex, Jack Johson and Carla Thomas should prove to be crowd-pleasers as well.
For more info: https://www.timeout.com/tokyo/things-to-do/july-events-in-tokyo

Comic Con International (USA)
Where: San Diego, California – USA
When: 19 – 22 July 2018
With the rise in popularity of animated films, western cartoons and Anime as well as video games and other fantasy novels, the franchise of Comicon has been growing over the years since the 70’s. Basically, this festival features a four-day event that is held at San Diego Convention Center in California.
A wide variety of different genre in the fantasy world are all over the place during the whole event. Some famous movie and TV personalities can also be seen in this big event. In 2015, there were a lot of personalities that showed up in the event such as the all beautiful Gal Gadot (Wonderwoman), Hugh Jackman (Wolverine), Jennifer Lawrence (“The Mockingjay”/ Mystique), and even the all popular and talkative Deadpool, Ryan Reynolds.

Just For Laughs (CANADA)
Where: Montreal – Canada
When: 16 – 30 July 2018
For comedy lovers there is no other festival in the world better than Montreal’s Just for Laughs. The event takes place at the end of July and if you visit you get to split your sides laughing, see some celebrity comics and tour one of the most beautiful cities in the world. Comics who have played Just for Laughs include: Jerry Seinfeld, John Cleese, Rowan Atkinson and Canadian homeboy favourite Russell Peters.
The Festival concentrates most of its show in the Latin Quarter. During the day street performers delight the crowds and at night the city comes alive with comedy happenings scattered throughout the City.
For more info: https://maketimetoseetheworld.com/best-festivals-cultural-events-world/

The White Nights Festival is held at the city’s famous Mariinsky Theatre and showcases some of the world’s best opera and ballet. It’s the best time to visit St Petersburg because it’s held during the magical summer period when there’s almost 24-hours of sunlight a day.
For more info: mariinsky.ru/en

Nelson Mandela Centenary, South Africa
Where: South Africa
When: July 18
On July 18, 2018 Nelson Mandela would have turned 100. A government committee has been set up to organize commemoration events, which are yet to be confirmed, but expect plenty of celebrations in memory of Mandela. The centenary also makes it the ideal time to visit some of the South Africa’s most significant sites associated with the former president and anti-apartheid revolutionary, such as Robben Island and his home in Soweto.

Gion Matsuri
Where: Tokyo, Japan
When: July 1-31, 2018
The Gion Festival takes place annually in Kyoto and is one of the most famous festivals in Japan. It goes for the entire month of July and is crowned by a parade, the Yamaboko Junkō on July 17 and July 24. It takes its name from Kyoto’s Gion district.

Kyoto’s downtown area is reserved for pedestrian traffic on the three nights leading up to the massive parade. These nights are known as yoiyama on July 16 and July 23, yoiyoiyama) on July 15 and July 22, and yoiyoiyoiyama on July 14 and July 21. The streets are lined with night stalls selling food such as yakitori (barbecued chicken skewers), taiyaki, takoyaki, okonomiyaki, traditional Japanese sweets, and many other culinary delights. Many girls dressed in yukata (summer kimono) walk around the area, carrying with them traditional purses and paper fans.
For more info: Wikipedia