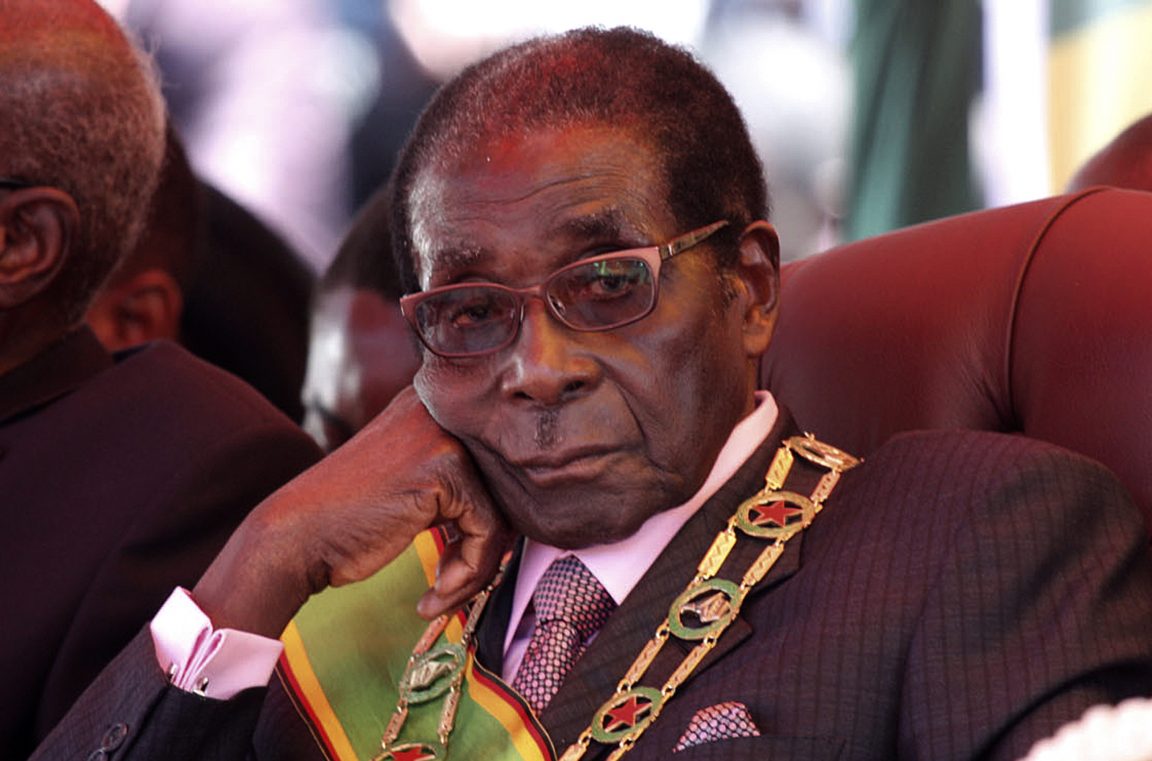 Robert Mugabe overstayed his welcome by miles. But he wouldn’t come this far without the support of his former Vice President Emmerson Mnangagwa, the ruling ZANU-PF party and the military top brass. They were in it together.

Ordinary Zimbabweans wanted Mugabe out at least over a decade ago. The clearest expression of that was in 2008 when they voted Morgan Tsvangarai of the Movement for Democratic Change in a general election later stolen by ZANU-PF after the first round of voting.

Mugabe’s party didn’t only stop at stealing the vote. The government used massive violence against the opposition and ordinary citizens who were protesting. To teach him a lesson, the government arranged two near-fatal car accidents for Tsvangarai.

That was a watershed moment. After 2008, the country descended rapidly into chaos. While Mugabe and his inner circle clung onto wartime memories of the guerrilla struggle against Ian Smith and other colonialists, the rest of the country wrestled with a harsh existence and a hopeless future. Many either migrated or were forced into exile.

After a promising start in 1980, Zimbabwe has become a disaster in Mugabe’s handcart: one Zimbabwe, one Mugabe.

But none of this happened behind Mnangagwa’s back. He was Mugabe’s right hand man and vice president since 2014. He has been linked to some of the most repressive actions of the government, including the alleged killing of nearly 20,000 people in Matabeleland after the government threw Joshua Nkomo under the bus.

As inner circles go, they don’t get closer than Mnangagwa, described by one writer as the steel behind Mugabe’s iron fist.

In a rare public admission that his country was unraveling Mugabe complained last year that $15 billion worth of diamonds were pillaged. Fingers have been pointing up and down Mugabe’s inner circle where Mnangagwa had a front seat.

The buck must stop with Mugabe but it would be naïve to assume that those who propped up his regime for 37 years are suddenly latter-day saints. Mnangagwa and the military top brass stepped in not necessarily to save Zimbabwe but to manage the transition to their own advantage.

It was self-preservation first. Zimbabwe was accidental to the coup. If Mnangagwa was not removed last month, he would still have found a way to manage the bitter power struggle and, perhaps, kept the military, the party and other renegades at bay.

There were rumours that after Mnangagwa’s removal the military top brass got wind that they would be next on the firing line. They struck to preempt Mugabe.

Grace Mugabe was a bad influence all right, a caricature of Marie Antoinette who at the height of her insolence asked French peasants to eat cake if they could no longer afford bread.

Many Zimbabweans could neither afford cake nor bread.

Yet, Grace was overrated. She might have had an ambition to succeed her husband, but it’s difficult to see how she could cut a path through the gerontocratic labyrinth of Zimbabwe’s ultra-conservative ruling party. Many feared her, but in party circles, she was a loathed outsider, an interloper who could be contained, as long as there was money to spend.

The thing that Mnangagwa and co worried about the most was not Grace or Jonathan Moyo or any of the other contestants for power around Mugabe. It was the unknown, the X-factor, that terrified them.

The fear that the Old Fox might pass on without an orderly transfer of power was what united and terrified his inner circle the most.

When Mugabe’s government nationalised white-owned businesses, his cronies were the major beneficiaries of the assets from farms to steel and from nickels to diamonds. They won’t forget that in a hurry.

Even though the country has come under severe sanctions that has further pauperised most of its citizens, its elite, especially Mnangagwa and those in the inner circle, have continued to live in the other Zimbabwe where privileged access guarantees them the best things in life.

The last thing they wanted was a transition over which they would have no control – or worse, an upheaval.\

I perfectly understand the outpouring of joy in the streets of Harare. We’ve seen it many times before in the streets of Lagos, Accra and other African capitals. But Zimbabweans will soon find that no soldier carries out a coup – even a slow-motion coup like the one we saw last week – to help civilians get back their footing.

Mugabe has gone but the accident of self-interest that removed him also gives Zimbabweans a chance to hold to account all those who ran the country aground in cahoots with him.

The protracted negotiations with Mugabe even when it seemed the army had him over a barrel, should serve as a lesson. Zimbabweans are on a long road and the post-1980 generation that has watched protests mostly on TV must now prepare for a tortuous journey.

In these uncertain, early days, the wolves in sheep’s clothing would roam the land distancing themselves from the odious past that they had been a part of and promising Zimbabweans heaven on earth.

Mugabe is past tense. But the public must keep an eye on Mnangagwa, the generals and remnants of the ZANU-PF. Everyone who has seen a palace coup knows that the more things change, the more they remain the same.

If Zimbabweans are in doubt, they should ask Nigerians or any of their neighbours in West Africa.