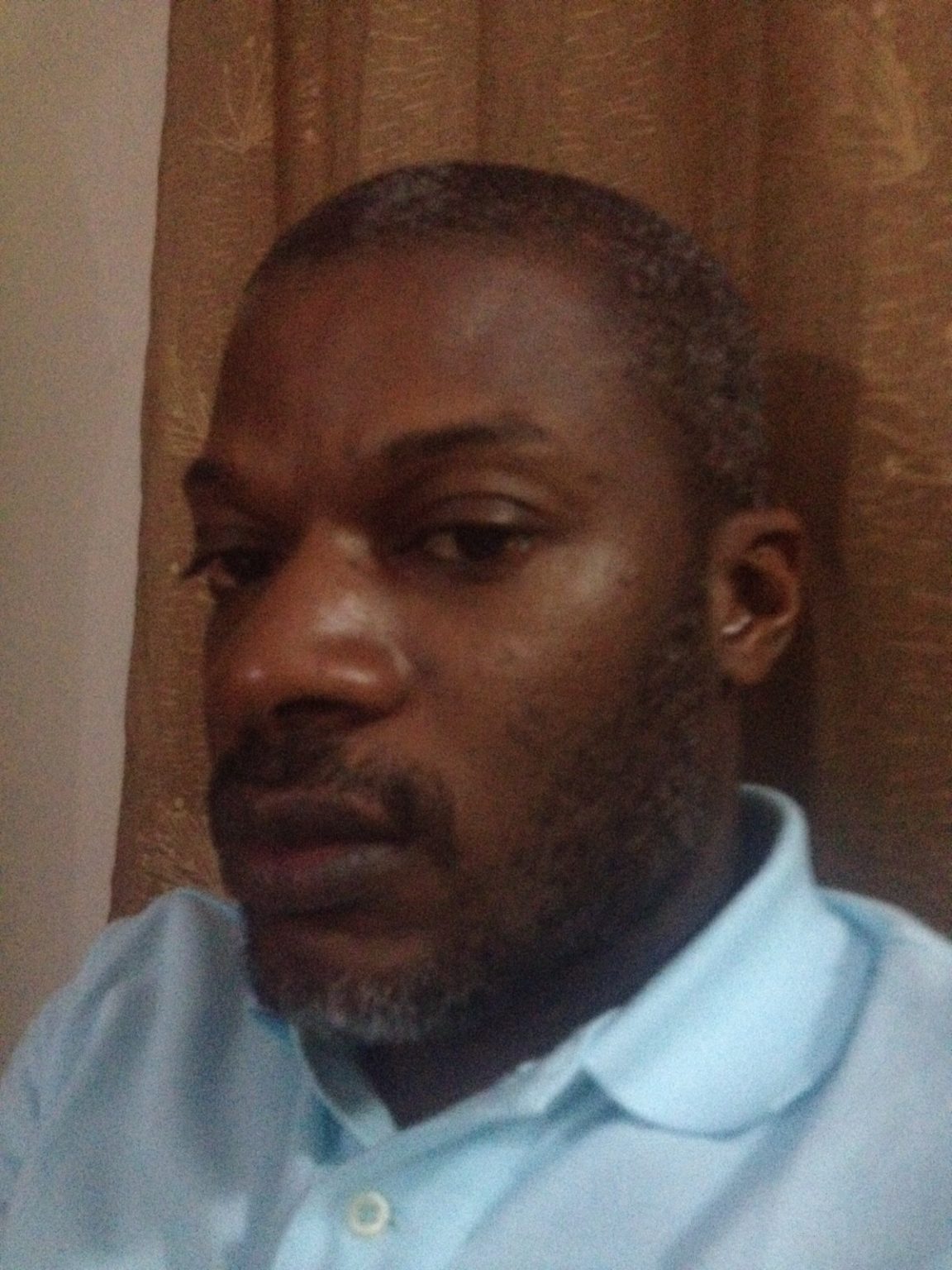 By Shuaib I. Shuaib

Embarking on his first tour of Africa in July 2009, newly elected president of the United States, Barrack Obama delivered a speech at the Ghanaian parliament that echoed all across the African continent.

Many Nigerians did not only concur but could not stop talking about the wisdom behind the words when Obama famously said that Africa didn’t need strongmen, it needed strong institutions. Yet, the same Nigerians voted Muhammadu Buhari to office in 2015 primarily because of the strongman image. What they got instead is a president that appears to pay too much attention to processes and details. When faced with a president focused on strengthening institutions, most public commentators do not seem to have noticed. The closest have been suggestions by a few of Buhari being a weak president and was much more effective as a military head of state.

Some 15 million people voted Buhari as president and almost immediately asked for instant gratification in improved public service. Now, Buahri is no super hero. And he definitely has no magic wand that will make all of the country’s problems go away overnight.

And yes, there is a very long list of flaws that have come with his

presidency and the mistakes that have been made in the last two years are equally as long. Chief among them was the battle line that was drawn between his government and the judiciary. The choices of the president that are causing the most consternation are however

political and his deliberate efforts to politically isolate the southeast. This as can be expected has the potential to destabilize the whole country.

There are probably no better words to define what the two years of the Buhari presidency has tried to achieve than those of Obama in that 2009 speech in Accra. To Obama: “Repression takes many forms, and too many nations are plagued by problems that condemn their people to poverty. No country is going to create wealth if its leaders exploit the economy to enrich themselves, or police can be bought off by drug traffickers. No business wants to invest in a place where the government skims 20 percent off the top, or the head of the Ports Authority is corrupt. No person wants to live in a society where the rule of law gives way to the rule of brutality and bribery. That is not democracy, that is tyranny, and now is the time for it to end.

To suggest that President Muhammadu Buhari is doing exceptionally well may not be a popular stand across many parts of the country, but it is not one without reason. For the many Nigerians who believe he has failed to make the country richer and impact positively on their personal wellbeing, this is the basis for their poor rating of his government. Without doubt, Buhari’s government like every other government in the world has many failings. But that he has failed or is running Nigeria aground is not one of them. In fact, he is doing the opposite and may just be sanitizing the entire bureaucracy making government more able to deliver services to the people and this is beginning to reflect in the budgeting process, which is probably at the heart of the problem. This he is doing at the expense of his own political standing and staying power. What the president has failed to do, which bad for but good for the country, is to build people politically, socially and economically, and leaving a large section of the country’s elite grumbling. Ministers under Buhari have kept relatively low profiles rather than spend money, time and energy in

self-promoting endeavours. And that’s because the standard set by the president is one that puts institutions and processes above personal loyalty and gain. When a president chooses to build a class of business and political leaders that will be loyal to him first and the country second, what you get are larger than life ministers that appear bigger than the institutions they preside over. They come in the likes of Chris Uba that believes a governor should answer to him or Alison Madueke who found it hard to separate NNPC from her private properties. Even more dramatic was the rise of Rasheed Maina who headed the Presidential Task Team On Pension Reforms in the Jonathan years. Maina was the embodiment of cronyism and was let loose on defenceless institutions that millions depended on for their pensions.

The result was billions of naira in stolen funds. Two years after taking office, President Buhari has still not replaced many political appointees of the last PDP government. In fact, he has shown an indifference to appointing his loyalist to political positions and many feel betrayed by him. The president is even known to proudly talk about appointing people he doesn’t know from anyway at the expense of card-carrying members of the APC. Donald Trump who succeeded Barrack Obama as president has faced a barrage of criticism over his leadership style. Since being elected to office last November, the U.S president has had difficulties in filling close to 5,000 positions in political appointment but for the exact opposite reason as Buhari. And the major reason why is the demand by Trump that his appointees show personal loyalty to him, not the state or the constitution. With the impact his actions are having on the country, here is what James Clapper, a former Director of National Intelligence in the U.S had to say about Trump; “I think in many ways our institutions are under assault both externally — and that’s the big news here is the Russian interference in our election system — and I think as well our institutions are under assault internally (from Trump). The founding fathers, in their genius, created a system of three co-equal branches of government and a built-in system of checks and balances. I feel as though that is under assault and is eroding.”

As governor in Lagos, Babatunde Fashola’s greatest achievement was probably in how he made the system work, making government responsive and more capable of service delivery. In turning the wheel of government, there is no better example than how he painstakingly and systemically resolved the traffic congestion that had dogged the state for decades and was grinding it to a standstill and affecting its economic output. That alone went a long way to shape the public image of Fashola as a performing governor. A more apt illustration is the dedication Fashola paid to public hospitals in Lagos and what it cost in financial and human resources to keep them running seven days a week in spite of the fact that facilities were overstretched. There are better built hospitals in the country, only they don’t function so well. Some even have the best of modern equipment only to lack doctors, trained personnel and financial resources. There are things even Fashola did not get right and till date, public schools in Lagos are nothing to write home about. At the national level, the efficiencythat Fashola is known for is yet to be felt and that is partly because slow, painstaking progress is hard to notice most especially when expectations are sky high.

Tony Anenih, Minister of Work in Olusegun Obasanjo first term reportedly spent N300bn on road construction and the government had nothing to show for it. The same government also spent some $16bn on the power sector and again had nothing to show for it. It would be naïve to think corruption can be totally wiped out by any government. The impact and degree that misappropriated funds have in impoverishing Nigerians cannot be overemphasized. And where the Buhari has made the most progress is in curbing the amount of public funds that end up in private pockets. The government has done this totally by accident with the introduction of the TSA. There is still a general misconception in Nigeria that most public funds are mostly siphoned through the awards of frivolous contract or more generally speaking, when it comes to expenditure in public institution. In reality however, a larger sum of public funds is misappropriated in revenue generating agencies and never make it into the federation account. There is very little data to quantify just how much is lost but former CBN governor Charles Soludo once suggested as much as N30 trillion was lost through leakages in revenue generating agencies and unremitted funds in the Jonathan years. And if Buhari proves to be 50 per cent successful in cleaning up government, setting up corruption-proof checks and balances, then maybe, just maybe only 30 per cent of government generated revenue and budgeted funds will end in private pockets while the remaining 70 per cent will be available for service delivery. For a country like Nigeria, that level of sanity in public accounts would be quite an achievement.