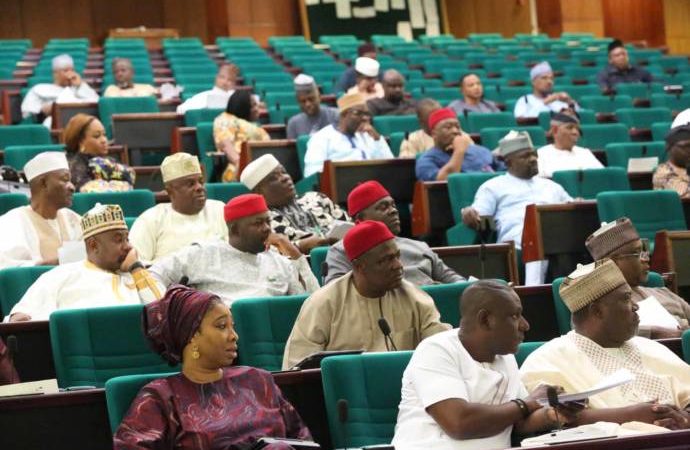 Speaker Yakubu Dogara meant it as a joke. When he dared Kaduna State Governor, Nasir el-Rufai, to remove the log in his own eye by publishing the state’s security vote and how local government funds were disbursed, Dogara was sure it would be over the governor’s dead body.

The graveyard of Nigerian politics is littered with presidents and governors who pocketed billions of naira of state funds in a brazen fraud called “security vote.”

When security vote is the issue, no names are mentioned and one talks about the details in public. It’s a cesspool of slush funds with a history, which dates back to the era of former military President Ibrahim Babangida.

There was no parliament at the time. Once the Supreme Military Council approved spending, the Budget Office provided the money and the money was spent without questions.

Soldiers, who shot their way to power, were always looking over their shoulders and the Budget Office, acting on orders from above, supplied the cash the soldiers needed to suss out their enemies or keep them at bay.

When all was said and done, there was always something left for the soldiers to indulge their pleasures and line their pockets. They didn’t need to account for anything.

Their civilian successors kept this legacy. And they have kept it for 16 years, drawing huge sums of money month after month, without constitutional backing.

At a point, senior lawyer, Robert Clarke, launched a campaign against the illegality but politicians laughed him off.

Various unconfirmed reports estimate that governors get between N200m-N500m monthly as security vote. At the Presidency, it would run into at least one billion monthly.

An insider told me of a former governor in the North East who always came to Abuja “with at least N25m cash in the boot of his jeep and returned broke after each visit.”

In 2004, the former Minister of State for Finance, Nenadi Usman, raised the alarm that some governors were in the habit of converting the entire monthly allocation of their states – including moneys for local governments – to dollars and transferring everything abroad.

She said, “Four to seven days after the Federation Account Allocation Committee meeting, the exchange rate goes up. That means that they (governors) are using the money to buy up dollars.

“Make telephone calls to any of the states. Ask for the governor and you would be told he has gone abroad. Not only the governors, even the commissioners of finance.”

When Dogara challenged el-Rufai on Friday, he knew where the corpses were buried. What he didn’t know was that one ‘corpse’ was about to rise from the dead.

And el-Rufai has proved yet again that even though he might be disliked for many reasons, when it comes to clear, forward thinking and getting the job done, you’ll be a fool to underestimate him.

You may argue with his style or resent his politics, but his public record in the last 16 years has been largely one of results and performance.

It would be interesting to see which governor follows next. Only a few years ago, 36 of them sat on former President Goodluck Jonathan’s neck, asking him to increase their security vote and share funds in the Excess Crude Account.

What do they do with the money?

Will Governor Abdulaziz Yari, for example, tell the world which avenging angel he paid with the Zamfara security vote to afflict hundreds of citizens with meningitis? We should know which celestial agents he paid to do the job, since the fellow thinks meningitis is God’s punishment for our sins.

Or will Governor Rochas Okorocha of Imo show under what subhead he procured photos and plastered the state with life-size billboards of himself grinning while shaking hands with Obama in the White House?

The biggest joke is on Dogara. He cannot escape it by sending the spokesperson of the House to say, “The Speaker has directed the National Assembly bureaucracy to publish details of the parliament’s account.” That’s nonsense.

His six-month pay slip, which looks like the type that desperate, unemployed applicants obtain from corner shops to impress consular officers, will also not do. No drip, drip.

For years now, the world has been waiting to see the books of the National Assembly, everything. El-Rufai has challenged the lawmakers to disclose how they spent N1trillion over the years and what they do with an estimated annual budget of N115billion.

The answer is not in Dogara’s six-month pay slip. Like the devil, it’s in the details of those allowances – known and unknown – that the suspended House member, Abdulmumin Jibrin, spoke about shamelessly.

Well, the public has been at the receiving end for too long. While millions of workers are pining away on meagre wages and millions more are either unemployed or are being owed salaries for months, legislators are having a good time. They compete with celebrities to flaunt the latest toys in their garage and even find time to make mocking videos.

Senate President Bukola Saraki and Dogara should open the books. Drip, drip will not do.

It’s also pointless playing Ping-Pong with el-Rufai, when all that Dogara is prepared to serve is a pay slip that does his reputation no good. He seriously wants the world to believe that he earns less than Jibrin?

It’s no longer a joking matter. The National Assembly should open its books or wallow in its filth.

A friend sent this short email to me on the Malabu oil block fraud involving Oil Prospecting Licence (OPL 245): “9bn barrels oilfield worth $500billion given away for $1.3bn. (Dan) Etete and his cohorts get $1bn; the country gets $0.3bn, if we are lucky. And the Niger Delta people get the pollution from the drilling!”

The irony is that the leading figures in the fraud mentioned so are also from the Niger Delta!