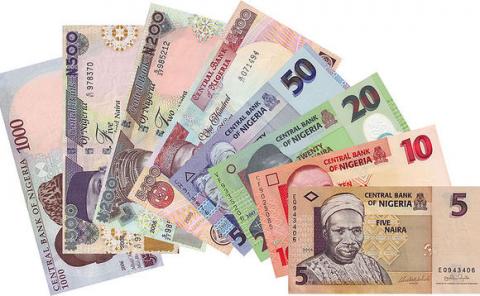 The local currency gained N110 from exchanging at N790 on Wednesday afternoon from N900 traded on Friday.
74
SHARES
ShareTweetShare
ShareRepostPinterest

For decades bad policy decisions have bedevilled development in Nigeria and fuelled corruption. We have tended to go for populist solutions and ignored the long term impact of such decisions on the economy.  The recent changes to Nigeria’s foreign exchange regulations are oneof such policy decisions. The policy actively encourages capital flight by subsidising foreign school fees and oversea trips for a small band of elite individuals at a time when the country badly needs forex to prop up our industries.

Under the new regulations, Nigerians wanting forex for travel or to pay foreign school fees would be able to buy dollars at a discount of about N100/$ compared to the current ‘black market’ rate of N465/$.  For individuals or businesses who are able to obtain dollars at the official central bank rate of N305/$ the discount is even larger, at N160/$. We currently have at least five Dollar/Naira exchanges rates recognised by the Central Bank, all presenting huge opportunities for fraud and corruption by banks and public officials.    The multiple exchange rates pose a great risk to the Nigerian economy and would most likely lead to the scarcity of the essential raw materials and imports the country badly needs to drive our industries.  It is not unreasonable to assume that those who are able to obtain dollars at the official interbank rate of N305, faced with the choice of investing in their factory or selling the dollars in the black market at N465/$ would most likely do the latter.Most businessmen, anywhere in the world, whether in the UK or the US will do the same, faced with similar arbitrage opportunity.  It is common sense! .

As a country Nigeria spends over $2bn (N1.5tr) annually on foreign school fees with annual remittances averaging about $40,000 per student.  Nigeria spends about 3times the federal budget for education (N540bn in 2017) on foreign school fees.     We spend more of our resources funding universities and schools abroad than our own educational institutions.  Up until 2015 when oil prices crashed, Nigerian students were the mainstay of manyinstitutions abroad.  Our remittances created jobs in foreign lands and funded their health and education infrastructure.  Apart from perhaps China, with a GDP 22times that of Nigeria, there is no other country in the world that has more students studying outside their country than Nigeria.

The story is no different in the health sector.   We have private wards in government hospitals in the UK specially dedicated to catering for health tourists from countries like Nigeria, some charging in excess of £1,000 a day (N550,000).  These hospitals are routinely patronised unashamedly by our politicians and the ruling elite who rely on the outrageous medical allowances they have approved for themselves to pay these bills.  For some state governors, medical allowances could be as much as N100m a year  –  funds that could be invested in our hospitals to create jobs and improve our infrastructure, sadly, spent on just one individual.  Meanwhile over 50% of our graduates are roaming the streets unemployed; our hospitals virtually empty of any medical equipment; and masses of people owed over a year of unpaid salaries and pensions.  We definitely have got our priorities wrong in Nigeria.

We operate a wicked form of democracy in Nigeria best described as the government of the elite, by the elite and for the elite.   If you have cancer or any serious medical condition in Nigeria today, the prognosis for you, humanly speaking, is dire.  This is the reality of perhaps 90% of Nigerians who cannot travel to India or the West to obtain treatment.   If you have a heart attack in Nigeria today the chances of survival are almost zero, even when you are lucky to get to a hospitalbecause of the lack of vital equipment.   Sadly, thousands of our fellow citizens are dying every single day in hospitals across the land from treatable illnesses because of the lack of drugs and basic medical equipment, whilst our leaders are on the plane to the West at the first hint of a headache to enjoy unashamedly the health services their peers in foreign lands have built for their citizens.

Just like fuel subsidy, the current forex policy would soon become an albatross on Nigeria’s economic development making few people very rich at the expense of the suffering masses. The policy will deprive the nation of much needed funds for job creation and infrastructure development.

At the height of the oil boom, Nigeria was spending over a quarter of its entire federal budget subsidising petrol – a single line of expenditure.   In one year,the government spent over N2trn on fuel subsidy alone, about half the entire federal government budget; more than the total recurrent and capital budgets for education, health, roads, power, housing and railways combined.  N2trn would have resurrected the entire railway network in Nigeria, creating millions of direct and indirect jobs.  At times one wonders if this country is cursed when you look at the choices our governments make.   We have gotten rid of fuel subsidy (almost!) but we have now replaced it with another monster.

I have some sympathy for the Central Bank Governor who is under enormous pressure to fix a forex exchange shortage not of his making.  In the time of plenty, whilst countries like Saudi Arabia built over $700bn in foreign currency reserves to cushion the impact of a fall in oil prices, we squandered our resources like scoundrels.  This is primarily why we are where we are.  The strength of a country’s currency is primarily a function of demand and supply, as evidenced by the recent appreciation of the naira, driven primarily by an increase in revenue from oil.

The way forward would be to have a single market driven exchange rate policy, managed by the central bank and free of opportunities for arbitrage.    Commercial banks should be encouraged to source forex from multiple sources instead of the current sole reliance on the central bank for the supply of forex.  Commercial banks should be encouraged to compete for the billions of dollars remitted back home annually by Nigerians in the diaspora through foreign Bureau De Change.The central bank should not be encouraging capital flight or creating opportunities for profiteering by banks and foreign exchange operators when the country is in desperate need of power and investment in critical infrastructure.

With rising oil prices and some measure of peace returning to the Niger Delta, naira will continue to strengthen with increasing earnings from oil.   At a time when government should be prioritising our scarce forex resources to production and job creating infrastructure, to relieve the suffering of the masses, it will be unfortunate and immoral if these resources were spent yet again to subsidise the lifestyle of the ruling elite.