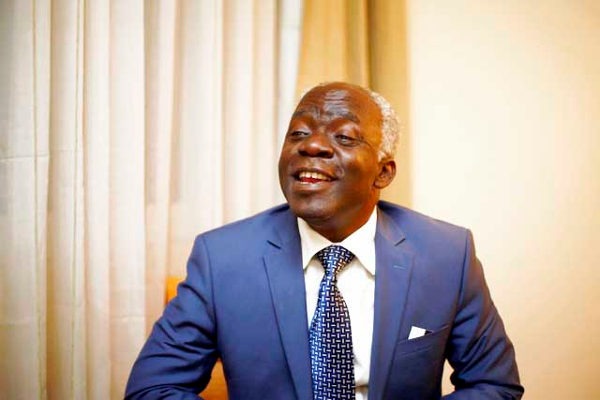 Foremost lawyer and senior advocate of Nigeria, Mr. Femi Falana, takes on Justice Dahiru Saleh over his comments on June 12 in the current edition of The Interview. Read text of Falana’s response:

In his detailed interview in The Interview magazine a former chief judge of the federal capital territory, Justice Aminu Saleh (retd)  claimed  that the result of the June 12, 1993 election was annulled by the judiciary and not by the Ibrahim Babangida junta. His lordship further stated that Mr. K. O Abiola or his political party did not appeal against the ruling of the federal high court wherein he had annulled the election.

With respect, the account of the  retired judge is totally wrong. Whereas the Lagos high court had restrained the Association for Better Nigeria from disrupting the election in any manner whatsoever and howsoever the Justice Bassey Ikpeme of the FCT high court contemptuously ordered the National Electoral Commission (NEC) not to conduct the said election. In the circumstance, the NEC conducted the election based on the order and the clear provision of Section 19 of the Political Transition Decree which had ousted the jurisdiction of any court from entertaining any suit pertaining to anything done or purported to have been done under the Decree.

To the dismay of the Babangida junta the election was successfully conducted without any hitch whatsoever. The NEC commenced the collation of the results and had in fact announced the results of 16 states. It was at that juncture that Justice Saleh granted the prayer of the ABN to suspend  further announcements of the result of the Presidential election in defiance of the valid and subsisting order of the Lagos high court.

Completely dissatisfied with the illegal order of Justice Saleh the NEC approached the Court of Appeal sitting in Kaduna. When it was found that the appeal was likely to succeed on the strength of the very strong and arguable notice of Appeal filed by Buhari Bello, the then director of legal services of the NEC the junta reached out to the leadership of the Court of Appeal.  The then president of the Court, the incorruptible  Justice Mohammed Akanbi refused to compromise the integrity of the judiciary.  In utter desperation the junta enacted a Decree to oust the jurisdiction of the Court.