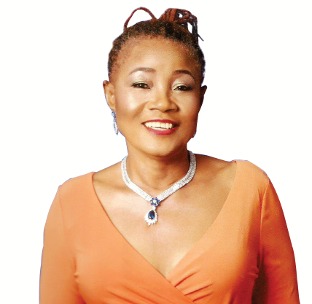 Ms. Ada Agina-Ude is the executive director of Gender and Development Action (GADA), a non-governmental organisation that advocates on women’s rights, social justice and sustainable development in Nigeria. She shares with us unforgettable snippets from her most favourite book of all times.

Some persons are blessed, early in life, with a clear vision of what they would become. Not me.  If ever I had an ambition, it was to get a good education, find a decent job, marry a loving man, have kids, and live happily ever after.

However, as I grew into a young adult, I began to feel a sense of mission but without knowing the exact direction.  Then I read Germaine Greer’s,The Female Eunuch, a birthday gift from a colleague, and the smouldering ember within me burst into a flash of light.  I found the book daring, iconoclastic and polemical.  It was just what I needed to snap out of a state of being immobilised.

I had earlier read Simone De Beauvior’sThe Second Sex, the highly rated study on women which jolted me into self-awareness but left me angry, frustrated and helpless.  Even though De Beauvior prescribes that to emancipate a woman is to refuse to confine her to the relations she bears to man, yet she gives little or no practical guide to the woman who wants to break loose.  But in TheFemale Eunuch, I found hope. 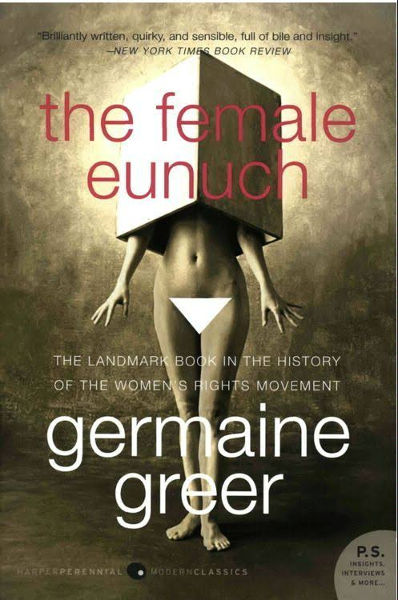 First published in 1971, The Female Eunuch had offered every woman a platform for personal action 24 years ahead of the Beijing Conference on Women that prescribed a counterpart platform for the collective.

The Female Eunuch is so full of insight and force that the New York Times described it as the “best feminist book so far”.  Also referred to as “a self-help manual for woman-kind”, it’s about how to “stop nagging, crabbing, grabbing, and make your own life”.  Ms. Greer is so concerned about women’s attitude that she places the transformation of a woman’s soul above the clamour for equal opportunity. She believes that a woman needs to change, up to the point of desiring opportunity instead of shrinking from it.

For Ms. Greer, this unlearning process is a revolution, “not reform, and not reaction, not for the oppressed to adopt the manners of the oppressor nor women to ape men.  It is a festival of the oppressed; to have something to desire, something to make, something to achieve, and, at last, something genuine to give.  Revolution is also to stop pretending and dissembling, cajoling and manipulating, and to begin to control and sympathise, to claim the virtues of magnanimity, generosity and courage.”  That is the road to internal transformation.

In spreading the light of this inner change, I found my mission in life – promoting sisterhood.  Thus began my journey to self-actualisation. Spiced with quotes from across the knowledge spectrum which is presented in little boxes, I still have a pictorial image of the inside pages after so many years.

In a powerful way, Ms. Greer punctured my childhood dream of love in a cottage with roses at the door, but, pleasantly, she points to an even more pleasant alternative, which is to reach for the love within and to be comfortable in my own skin.

Since reading The Female Eunuch, I have devoured many other feminist books, including The Feminine Mystique by Betty Fredan, Revolution from Within by Gloria Steinem, The Women’s Room by Marilyn French, and Subject Women by Anne Oakley.  I am currently reading Women Who Run with theWolves by Clarissa Pinkola Estes.