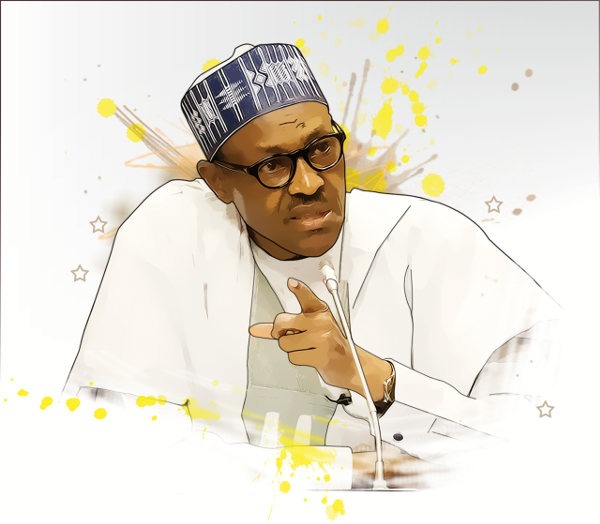 Our first attempt was nine months ago. That was when President Muhammadu Buhari was planning to mark his 100 days in office. The special adviser to the president on media, Mr. Femi Adesina, had pencilled in The Interview as one of the media houses to interview Buhari.

We got a tentative date and were sharpening our questions when we were informed that the appointment had been cancelled. We were later informed that with no ministers after three months of taking office, the president was still trying to get his footing and had changed his mind about having a US-style 100 days celebration.

We folded our tools and kept our gunpowder dry.

Then about two weeks to May 29, the one year anniversary of the government, Adesina called again and asked us to prepare to interview the president. We were putting the ninth edition of The Interview to bed at this time.

Since August 2015 when the first issue was published, we have had some remarkable editions. And that’s blowing our trumpet mildly. This magazine has featured two presidents on its cover – one a former military Nigerian president and the other the sitting President of Mauritius – among many illustrious personalities.

And it’s not just who has graced our cover. Our content is redefining the art of questioning. As we promised from the start, we have asked questions that others fear to conceive of, and elicited answers that clarify the past and help to shape the future in a personal and collective way.

Our encounter with Nigeria’s third democratically elected leader and the first president from an opposition party, Muhammadu Buhari, raised the bar. The interview was conducted in two rounds. The first was in the main conference room in Aso Rock. Until the afternoon of May 26, I had not seen Buhari face-to-face in four years.

Our last encounter was at the LEADERSHIP Conference and Awards, where, as group managing director of the newspaper at the time, I had personally received him for the award of Person of the Year 2011. His straight face and upright shoulders had not changed. But now, he looked frail, picking his steps carefully.

Seeing him today, four years after, age and the toils of office have obviously taken their toll on him, but his candour and sense of humour remain undiminished. After Adesina’s introductory remarks, the president looked around the room carefully and said, “I don’t intend to say much today so that I don’t get myself into trouble!”

Well, throughout this first phase of the interview where a few other journalists were also present, Buhari managed to “stay out of trouble” until The Interview stirred the hornet’s nest.

After we asked the question why former military president, Ibrahim Babangida, removed him from office 31 years ago, and whose version we should believe – Babangida’s or his own – you could have heard a feather drop.

Buhari looked up, his eyes burning: “Who you will believe, between me and Babangida….”

What followed is better read in full inside.

We didn’t get the chance to ask all the questions but we didn’t relent. We pressed for and got a second round, because we know you are now used to expecting more….